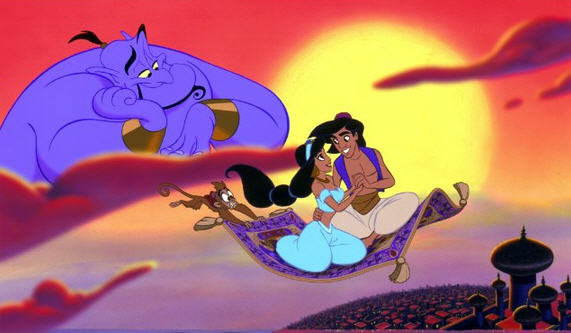 Lea Salonga, a Tony Award-winning performer and coach for the Philippines edition of "The Voice," originally contributed the singing voice of Disney's Jasmine back in 1992 (the character was also voiced by Linda Larkin).

But 22 years later, she still sounds just as lovely singing "A Whole New World," this time with opera group Il Divo taking over the Aladdin portion of the duet.

(Bonus nugget of cuteness: Salonga's Twitter avatar is Jasmine and the Genie. And cute bonus video: Here is a behind-the-scenes look at her recording "A Whole New World" with Brad Kane -- the singing voice of Aladdin.)

Salonga will be touring with Il Divo for the European leg of their "A Musical Affair" tour. So if you want to experience this perfection live, you'll need to make your way across the pond this month.