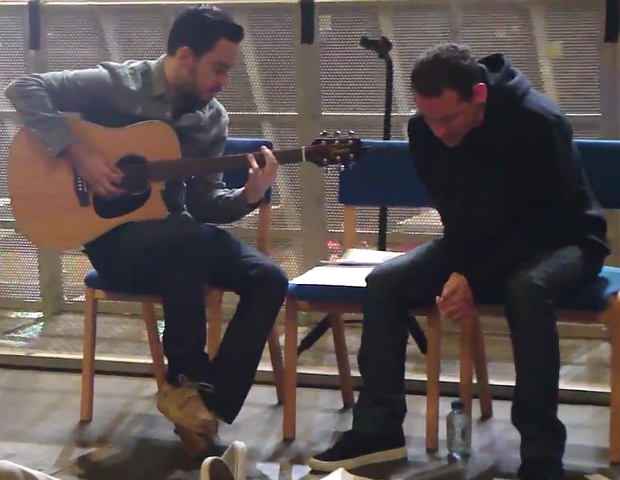 (CBS)- Adele's "Rolling in the Deep" has spent the last seven weeks atop of Billboard.com's Hot 100, finally slipping to #2 today. Its airplay is still increasing on the radio after being out for over seven months. And now Linkin Park has put out their own cover of the smash hit.   You've got to listen to this one.

We've seen everybody and their mother cover this track. It has been remixed, electrofied, and dubstepped. But take one of the world's most popular bands and have them cover the most popular song currently out there and you have an instant hit (or re-hit if you will).

Only downside of this video is the sad fact that the people listening to Chester and Mike cannot appear clap to save their lives.  Still, definitely an amazing cover that does a phenomenal song some justice.