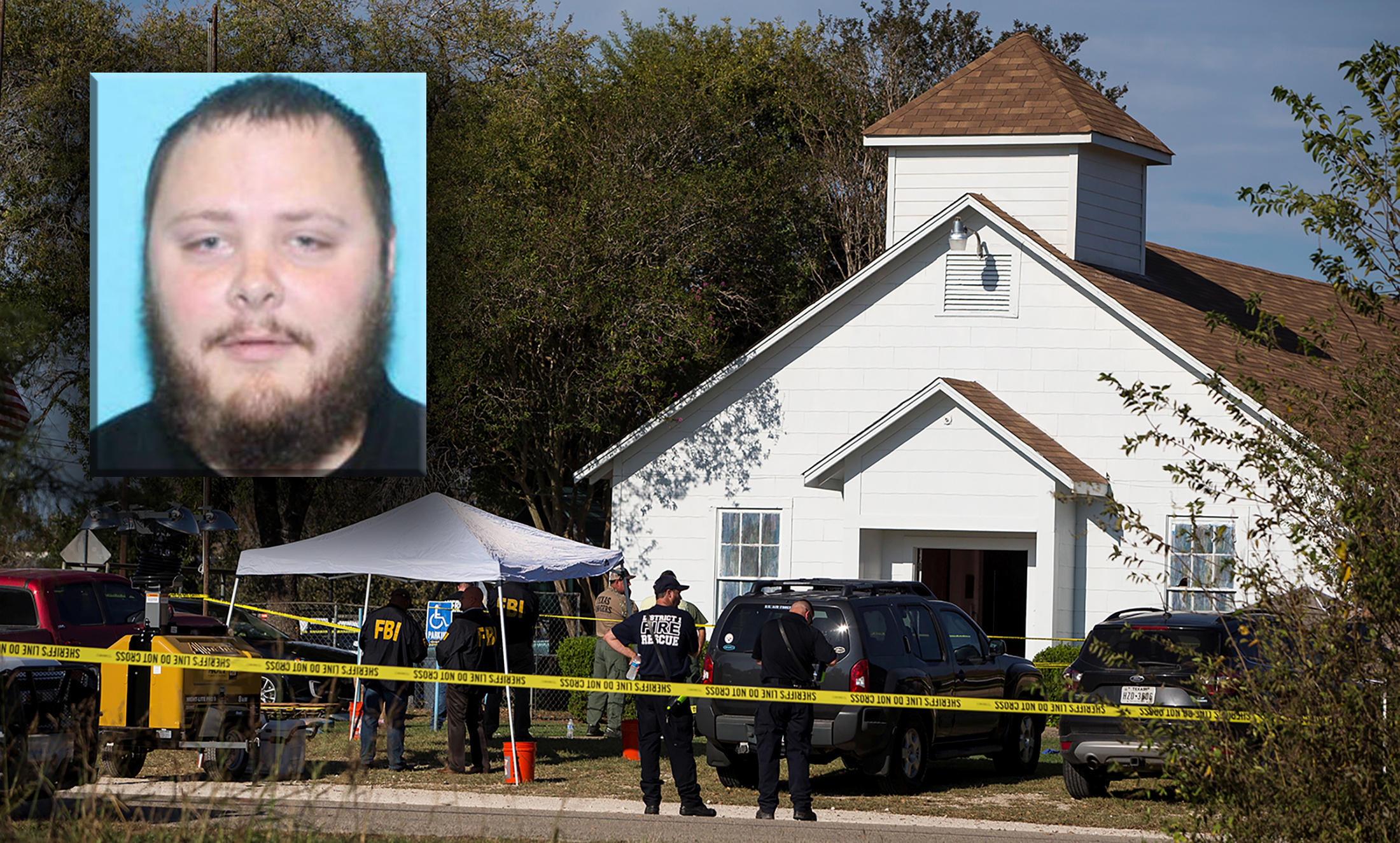 In the wake of this tragedy – as is often the case after similar attacks – many are left asking why and how could it happen.

While there is no easy answer, investigators have seen a common thread in more than half of the spate of mass shootings in the U.S. in recent years: domestic violence.

In fact, a recent analysis of FBI data by the group Everytown for Gun Safety found that over a five-year period, 54 percent of mass shootings were related to domestic or family violence and included the killing of a partner or other family member.

Kelley had a history of domestic violence. U.S. Air Force records show he was court-martialed in 2012 for assaulting his then-wife and young stepson, fracturing the child's skull. He was convicted and received a one-year sentence.

A 2012 police report obtained Tuesday revealed that Kelley had escaped from a behavioral health center where he had been sent while facing charges for the assaults. In the report, he was described as "a danger to himself and others" who was "attempting to carry out death threats that [he] had made on his military chain of command."

Mary Ellen O'Toole, former FBI profiler and director of the forensic science program at George Mason University notes that although domestic violence is not a predictor for mass shootings, there appears to be some connection.

"There are many people who do engage in domestic violence and never go on to become mass killers, but because it's prominent in a number of cases we've seen over time, it really does need to be considered as perhaps one of the warning behaviors that we already know about," O'Toole told "CBS This Morning."

After the 2012 case, Kelley got divorced and married a second time. According to Texas investigators, at the time of the church shooting "there was a domestic situation going on" involving Kelley and his in-laws. He had reportedly sent threatening texts to his mother-in-law, who attended the church, though she was not there at the time of the shooting.

Lori Post, a violence researcher and director of the Institute for Public Health and Medicine Buehler Center for Health Policy and Economics at Northwestern University, said that it's not uncommon for people with a history of domestic abuse to kill — or attempt to kill — not just the victim of the abuse but others around the victim, as well.

Researchers refer to this type of killing as "collateral intimate partner homicide."

While the collateral victims are most commonly people who are close to the victim of domestic abuse, such as children, a new romantic partner, or other family members, targets can sometimes extend beyond that.

"We often think of criminals as specialists in one area only, so that batterers are only beating up women and children and might not commit other types of crimes," Post said. "But if you're willing to try to kill your wife and your children, violence crosses over."

O'Toole agreed that Kelley's violent intentions clearly extended far beyond a desire to confront his mother-in-law.

Post noted a number of signs that the rampage was premeditated. "He planned and organized this and knew exactly what he was going to do. He had to investigate the church time, transportation to and from the massacre, weapons and ammunition," she said.

Texas and federal laws prohibit those with domestic violence convictions from owning firearm, although there are some loopholes. The military is supposed to report to the FBI convictions on domestic violence charges, as well as convictions that carry maximum potential sentences of more than a year in confinement, so that perpetrators can be put in a federal database and denied gun purchases. However, the U.S. Air Force admitted Monday it failed to do so in Kelley's case.

A history of domestic violence is a pattern seen in other mass shootings as well. In September, 32-year-old Spencer James Hight shot and killed eight people at a football party in Plano, Texas, including his 27-year-old estranged wife, Meredith Emily Hight. According to Meredith Hight's mother, Debbie Lane, her daughter was seeking a divorce because Spencer was an alcoholic and was physically abusive.

"We've never had a shooting of this magnitude; never had this many victims," he said.

In Kelley's case, there was also another troubling sign in his past: animal abuse.

The Denver Post reports he was cited for misdemeanor animal cruelty in 2014 while living in a mobile home park near Colorado Springs. Numerous witnesses told police they saw him beat a dog with his fists.

O'Toole said there are other warning signs that someone may be getting ready to commit a mass killing.

"Some of those include things like leakage. That means that someone tells a person either directly or indirectly what they're going to do," she said.

Behavioral changes are also often seen, including becoming obsessed with other mass killers, amassing more firearms, or going out and practicing shooting.

"It's a collective set of behaviors that they display beforehand and unfortunately law enforcement may not be in their living room watching that behavior as it evolves," O'Toole said. "It becomes imperative that someone within the family who observes it comes forward to law enforcement."

Post also argues that better communication among criminal justice systems when there are reports of domestic violence is imperative to identifying troubling patterns of behavior.

"Everything we know about domestic violence predicted this could happen. His whole life was leading to this moment," she said. "This is a serious, preventable public health issue. If we want to prevent this, we have to be able to access information so that we can screen people who are showing abuse and coercion across a lifetime."

Resources for victims of domestic violence: If you are in immediate danger, dial 911. For any abuse including physical, threatening, stalking, financial, kidnapping of shared children, contact the criminal justice agency in your area. That will be a city or town police department, sheriff's department, or state police. You can also reach the National Domestic Violence Hotline at 1-800-799-SAFE (7233) and the National Sexual Assault Hotline at 1-800-656-HOPE (4673). Note that even if you are married to your abuser or have a current or past intimate relationship with him, you can still be a rape or sexual assault victim. Victims of stalking can call 1-855-484-2846 or go online and chat with victimsofcrime.org. To learn more about individual state laws on abuse, restraining orders, criminal and civil options to protect victims visit womenslaw.org. If you have been searching the internet for help, consider taking steps to delete your browsing history; to find out how, visit newhopeforwomen.org/secure-computer