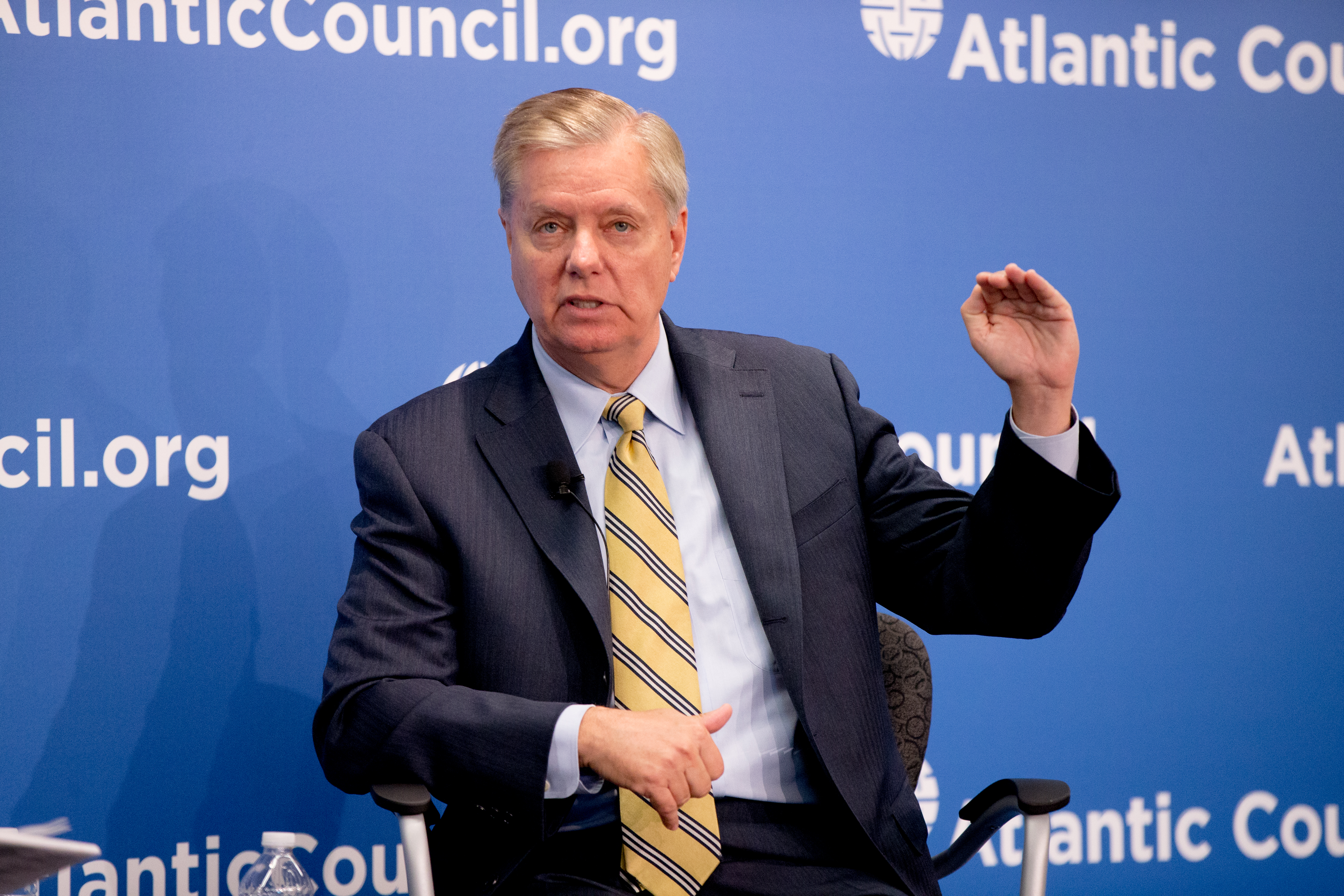 Washington, DCIn his first major foreign policy speech as a declared 2016 candidate, Republican Sen. Lindsey Graham didn't hold back -- he laid out a specific, hardline approach to Iran nuclear negotiations and called for ramped up military operations in the Middle East. He also made it clear that he doesn't care if his hawkish views don't sit well with every voter.

"If you're too tired to defend this country," Graham said, "if you're too war-weary, don't vote for me." Speaking about the Islamic State of Iraq and Syria (ISIS), he added, "I am going to take the fight to these guys in a smart way."

Graham is aggressively arguing that the fight against ISIS will only succeed with both increased military and economic investments.

In an op-ed for the New Hampshire Union Leader, Graham equated President Obama's deployment of 450 new troops in Iraq to "duct tape," describing the decision as a "desperate attempt to hold together a crumbling Middle East just long enough for his successor to step in."

It is unclear whether Americans are too "war-weary" for Graham's approach. Only 43 percent of Americans say they favor sending ground troops to Iraq or Syria to combat ISIS, according to a March CBS News poll, while 46 percent oppose the idea. However, Republicans are especially critical of the job the Obama administration has done fighting ISIS -- in a May CBS News poll, 81 percent of Republicans said they think the U.S. fight against ISIS is going badly.

Graham also talked at length about Iran, describing the nation as "North Korea in the making" and labeling Iran's nuclear ambitions as "the most existential threat to world order." There is no need for a timeline on the negotiations with Iran, Graham asserted, explaining that a good nuclear deal is one that allows inspectors in often.

"If I were president, I would tell them they could have an enrichment program consistent with supplying the practical needs of a single reactor," Graham said. "If I were president, I would create an international inspection regime unlike anything you've ever seen. Anytime, anywhere would mean anytime, anywhere. I would not give them a dollar more of money until they change their behavior."

He also believes that the number of centrifuges that the U.S. is currently planning to leave in place in Iran is too high -- he would only settle for the "practical needs" of a single reactor.

Graham was critical of President Obama's foreign policy -- labeling it as a "disaster" and identifying Hillary Clinton as one of its primary architects -- but he also went after Rand Paul, one of his 2016 GOP opponents and his colleague in the Senate.

"To my friend Rand Paul, we agree on a lot, but on this we disagree," Graham laid out bluntly. "He is the one voice in the Republican Party that, I think, has been weaker on national security than President Obama.