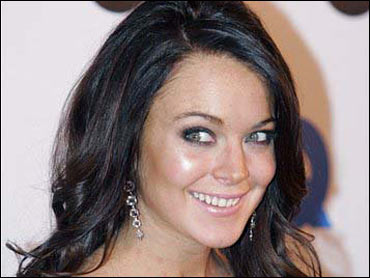 While studying pole dancing for an upcoming film, Lindsay Lohan has apparently learned the physical perils of being a stripper, the New York Post reports.

The newspaper reports that she's taking lessons from Sheila Kelly, developer of the aerobics striptease workout, for the film "I Know Who Killed Me," in which she takes on the role of topless dancer.

In excerpts printed by the newspaper, Lohan said, "So . . . 3 hours of pole dancing and bruised. everywhere . . . I mean we're talkin' like, UPPER AND INNER THIGH ACTION-bruised . . . like a walking black-and-blue mark.

"I mean really though, really, I didn't know it was actually possible to have bruises in such areas of the body. Strippers dude, I tell you, I really respect the (c-word)s now. . . I'm not gonna lie to ya," Lohan writes.

"Her character is a stripper, and she now realizes that the job isn't easy. We should give these women credit," Lohan's rep told the Post.

Lohan has been going to clubs while shooting the movie, but hasn't been drinking, the newspaper reports.

"When the shoot is over, she is going to focus her attention 100 percent on staying sober and building a more fruitful life," a source told the newspaper. She is considering moving back to New York and leaving behind "the toxic L.A. scene with all those toxic people."