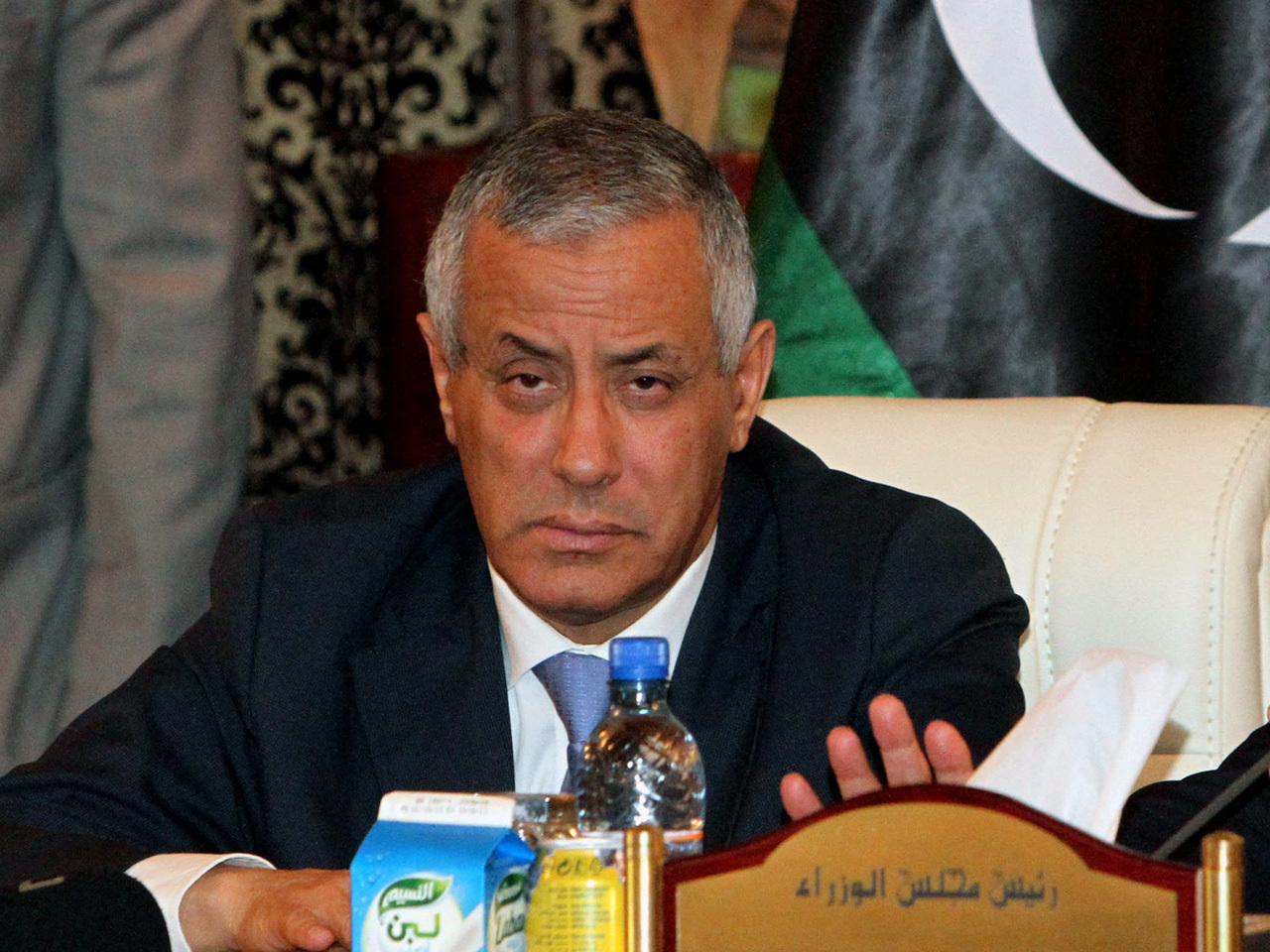 TRIPOLI, Libya Libyan Prime Minister Ali Zeidan was freed from captivity just hours after gunmen abducted him at dawn Thursday from the hotel where he resides in the capital, Tripoli.

The abduction could have been retaliation for the U.S. special forces' raid over the weekend that seized a Libyan al Qaeda suspect from the streets of the capital, but Zeidan himself labeled it a symptom of "Libyan political rivalries."

One of the myriad militias operating in the country -- many with established links to state security services -- was likely behind the abduction, and there were claims throughout the ordeal that he was not, in fact, "kidnapped," but "arrested" as part of an ongoing investigation into fraud and corruption. The government quickly dismissed the claims and labeled the act an illegal abduction.

Less than six hours after the first reports that he had been siezed, Zeidan struggled into the government headquarters in Tripoli through a heaving sea of journalists, security forces and other officials which accurately portrayed the chaos gripping the north African nation.

Regardless of whether Zeidan's brief abduction was a kidnap by armed militants, or a pseudo-coup attempt meant to reflect the will of the Libyan people, it showed clearly the weakness of Libya's central government which has, for all intents and purposes, been held hostage by the powerful militias that filled the power vacuum in the country after the fall of dictator Muammar Qaddafi.

Government spokesman Mohammed Kaabar told the LANA new agency that Zidan was "set free," implying a rescue operation by security forces. Speaking after his release, Zeidan also alluded to a rescue of some description, thanking "the guards who oversaw this operation."

The Western-backed leader of the country where four Americans died in a brazen attack in 2012 -- including the U.S. Ambassador to the country -- also sought to quell any fears that foreign nationals might be at risk of a similar fate in Libya.

"I would like to reassure foreigners in Libya that what happened falls under the heading of Libyan political rivalries," said Zeidan at the government headquarters. "When this operation took place, I had a foreign national standing next to me, and he was not harmed in any way."

A militia commander affiliated with the Interior Ministry told a private Libyan television station that the prime minister was freed when members of a Tripoli-based militia stormed the house where he was being held.

Haitham al-Tajouri, commander of the so-called "Reinforcement Force," told Al-Hurrah television that his men exchanged fire with the captors but that Zeidan was not hurt.

Many of the militias in Libya are made up of Islamic extremists, including some of those which formed formal or informal partnerships with the interim government to provide security in areas where the government itself has had virtually no control on the ground since Qaddafi's ouster and murder in 2011. Even in the capital Tripoli, quasi-governmental militias have been seen regularly patrolling the streets in heavily armed convoys.

A conglomerate of these militias -- including some of the most powerful Islamic fundamentalist groups operating in the country's lawless east, around Benghazi -- issued a statement earlier this week vowing to avenge the U.S. capture of the alleged senior al Qaeda operative known as Abu Anas al-Libi, and accusing Zeidan's government of colluding in or allowing the raid.

One of the groups behind the threat was the powerful Ansar al-Sharia, which is believed to have been directly involved in the Sept. 11, 2012 attack on U.S. diplomatic posts in Benghazi which left Ambassador Chris Stevens and three other Americans dead.

Qaddafi's ouster left the country's police and army in disarray, and many of the militias who fought in the Arab Spring-inspired uprising to topple him were enlisted to serve in state security agencies, though their loyalty has generally remained more to their own commanders than to government officials, and the groups have often intimidated or threatened officials.

A statement on the government's official website said Zeidan was taken at dawn to an "unknown location for unknown reasons" by a group believed to be "revolutionaries" from a security agency known as the Anti-Crime Committee. The Cabinet held an emergency meeting Thursday morning, headed by Zeidan's deputy, Abdel-Salam al-Qadi.

Abdel-Moneim al-Hour, an official with the Anti-Crime Committee, told The Associated Press that Zeidan had been "arrested" on accusations of harming state security and corruption. The purported "arrest" stemmed from an investigation into fraud and corruption launched in June, and was not related to al-Libi's detention by U.S. forces, according to the group.

The public prosecutor's office, however, denied that any arrest warrant for Zeidan had been issued, and at a news conference in the capital, other officials from the central government condemned the act as an illegal kidnapping.

Meanwhile, a militia known as the Libyan Revolutionaries Operations Staff denied reports that it was behind the abduction and vowed to hold its own news conference in Tripoli to clarify the situation. Videos posted previously by the group, showing well-armed men driving through the streets of Tripoli in multi-vehicle convoys, suggest it is one of the militias affiliated with the government's security agencies.

A government official said earlier that gunmen broke into the luxury hotel in downtown Tripoli where Zeidan lives and abducted him and two of his guards. The two guards were beaten but later released.

A grainy photograph widely posted Thursday on social networking sites purportedly showed Zeidan being led from his hotel in Tripoli by two young men, one of them bearded, holding him from both arms. The prime minister was frowning and looking disheveled. The photo also shows the arm of a third man resting on Zeidan's left shoulder.

Hours after the abduction, the streets of Tripoli appeared normal, with the usual bustle of the morning rush hour traffic.

The snatching of Zeidan came hours after he met with the family of al-Libi, whose real name is Nazih Abdul-Hamed al-Ruqai -- the al Qaeda suspect seized by the Americans. U.S. officials said al-Libi was immediately taken out of the country after the raid Saturday in Tripoli and is now being held on a U.S. warship.

On Tuesday, Zeidan said the Libyan government had requested that Washington allow al-Libi's family to establish contact with him. Zeidan insisted that Libyan citizens should be tried in their homeland if they are accused of crimes, stressing that "Libya does not surrender its sons."

Al-Libi is alleged to be a senior al Qaeda member and is wanted by the United States in connection to the bombing of American embassies in Tanzania and Kenya in 1998, with a $5 million bounty on his head.

Immediately after the raid, the Libyan government issued a statement saying it was carried out without its knowledge and asking Washington for "clarifications" about the operation.

"The U.S. was very helpful to Libya during the revolution and the relations should not be affected by an incident, even if it is a serious one," Zeidan said at a press conference in Tripoli.