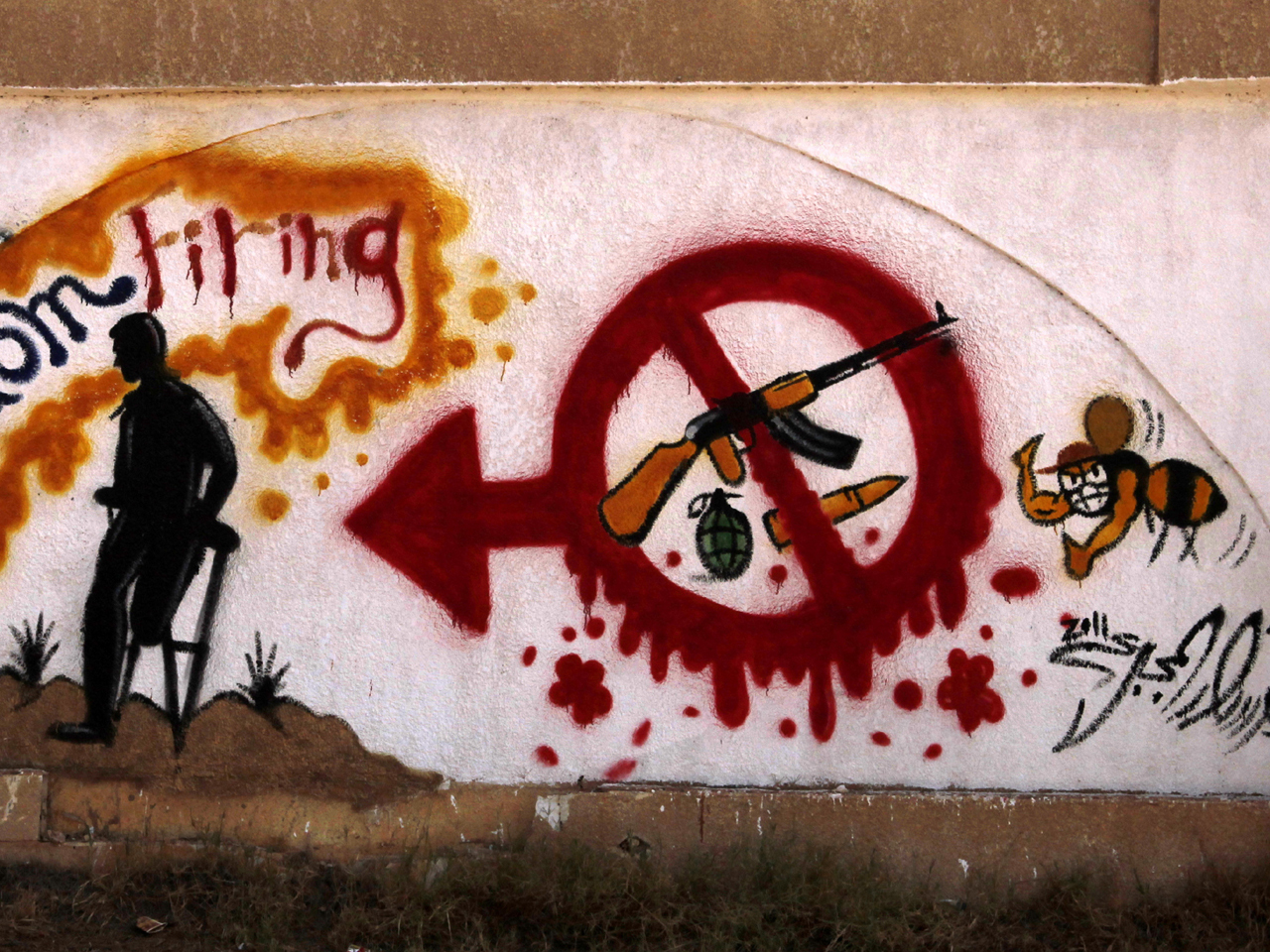 (AP) BENGHAZI, Libya - Libya's president ordered all of the country's militias to come under government authority or disband, a move that appeared aimed at harnessing popular anger against the powerful armed groups following the attack that killed the U.S. ambassador.

The assault on the U.S. mission in Benghazi, which killed Ambassador Chris Stevens and three other Americans, has sparked an angry backlash among many Libyans against the myriad armed factions that continue to run rampant across the nation nearly a year after the end of the country's civil war. On Friday, Benghazi residents staged a mass demonstration against the militias, and stormed the compounds of several armed groups in the city in an unprecedented protest to demand the militias dissolve.

Late Saturday, President Mohammed el-Megaref told reporters that the militias, which the weak central government has relied upon for providing security in neighborhoods and at state facilities since Qaddafi's ouster, must fall under the authority of the national government or be disbanded.

He said a joint operations room in Benghazi will coordinate between the various authorized armed brigades and the army. Armed groups operating outside the "legitimacy of the state" will be disbanded, and the military and police will take control over those militias' barracks, he said.

In a statement published by the official LANA news agency, the military asked all armed groups using the army's camps and outposts and barracks in Tripoli and other cities to hand them over. It warned that it will resort to force if the groups refuse.

Since Qaddafi's ouster and killing in October, a series of interim leaders in Libya has struggled to bring order to a country that was eviscerated during the eccentric dictator's 42-year rule, with security forces and the military intentionally kept weak and government institutions hollowed of authority.

The militias, which arose as people took up arms to fight Qaddafi's regime, bristle with heavy weapons, pay little attention to national authorities and are accused by some of acting like gangs, carrying out killings.

The government has brought some militias nominally under the authority of the military or Interior Ministry, but even those retain separate commanders and often are only superficially subordinate to the state.

A mass protest Friday against militias against the compounds of several armed groups in Benghazi lasted into early Saturday, as thousands stormed the headquarters of Ansar al-Shariah, an Islamic extremist group suspected in the Sept. 11 attack on the U.S. Consulate.

They drove out the Ansar gunmen and set fire to cars in the compound — once a major base for Qaddafi's feared security forces — and then moved onto the base of a second Islamist militia, the Rafallah Sahati Brigade. Brigade fighters opened fire to keep the protesters at bay.

The state news agency said four protesters were killed and 70 injured in the violence.