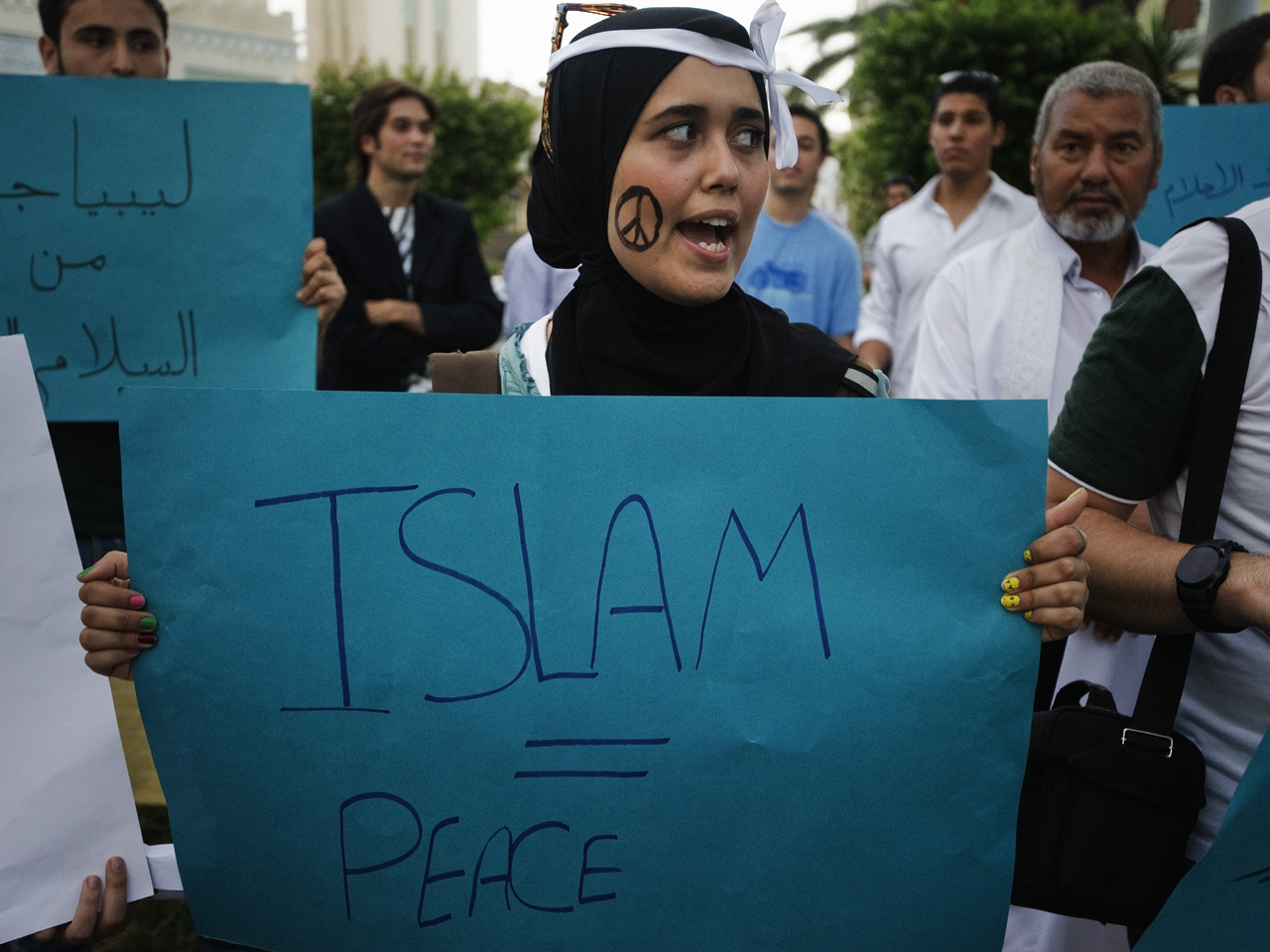 (AP) BENGHAZI, Libya - Upheaval in Libya's second largest city raises a collision between Libyans' aspirations for change and the capability of the country's fragile, post-Muammar Qaddafi leadership to bring it. After protests against militias rock Benghazi, leaving at least four dead, residents on Saturday vowed a new "revolution" to rid themselves of armed factions and Islamic extremists.

But authorities tried to stem the popular anger, pleading that with the police and army weak, they need some of those militias to keep security.

Furious assaults by protesters against the compounds of several armed groups in Benghazi in the early hours Saturday were an unprecedented eruption of public frustration. Thousands stormed the headquarters of Ansar al-Shariah, an Islamic extremist group suspected in the Sept. 11 attack on the U.S. Consulate here. They drove out the Ansar gunmen and set fire to cars in the compound, once a major base for Qaddafi's feared security forces.

The protesters then moved onto the base of a second Islamist militia, the Rafallah Sahati Brigade. Brigade fighters opened fire in rioting with the protesters. The state news agency Saturday said four protesters were killed and 70 injured during the night's turmoil.

(To watch Elizabeth Palmer's "CBS This Morning" report on the protests in Benghazi click on the video player below.)

Libyans storm militia in backlash of attack on U.S.
Dispute over Libya attack; Witness tells CBS there was no protest
Libya witness: Stevens was alive when found

On Saturday, the city of 1 million in eastern Libya was brimming with anger, rumors and conspiracy theories.

Some militiamen bitterly accused Qaddafi loyalists of fueling the protests. Further adding to the tensions, the bodies of six soldiers were found in the morning dumped on the outskirts of the city, shot through the forehead and their hands cuffed, state TV reported. An army colonel was reported missing, feared kidnapped. Some media reports accused militiamen taking revenge on Qaddafi-era veterans in the military; in contrast, a military spokesman, Ali al-Shakhli, blamed Qaddafi loyalists, saying they were trying to stir up trouble between the public and militias.

Since Qaddafi's ouster and death around a year ago, a series of interim leaders have struggled to bring order to a country that was eviscerated under his 42-year regime, with security forces and the military intentionally kept weak and government institutions hollowed of authority.

The militias, which arose as people took up arms to fight Qaddafi during last year's eight-month civil war, have typified the problem. They bristle with heavy weapons, pay little attention to national authorities and are accused by some of acting like gangs, carrying out killings. Islamist militias often push their demands for enforcement of strict Shariah law.

Yet, authorities need them. The Rafallah Sahati Brigade kept security in Benghazi during national elections this year and guards a large collection of seized weapons at its compound, which was once a Qaddafi residence. Ansar al-Shariah protects Benghazi's main Jalaa Hospital, putting a stop to frequent attacks against it by gunmen.

On Saturday, armed Rafallah Shahati militiamen — weary from the clashes the night before — guarded the entrance to their compound, standing next to charred cars. The fighters, some in military uniforms, others dressed in Afghan Mujahedeen-style outfits, were indignant.

"Those you call protesters are looters and thieves," said Nour Eddin al-Haddad, a young man with an automatic rifle slung on his back. "We fought for the revolution. We are the real revolutionaries."

Activists and protesters, however, say it is time the militias disband and the army and security forces take control. Benghazi lawyer Ibrahim al-Aribi said that if the government doesn't act, "there will be a second revolution and the spark will be Benghazi."

"We want stability and rule of law so we can start building the state, but the Tripoli government appears to have not yet quiet understood people's demands," he said.

Farag Akwash, a 22-year-old protester wounded in the arm during the night's clashes, insisted, "We don't want to see militias in the city anymore. We only want to see army and police."

The Sept. 11 attack against the U.S. Consulate that killed Ambassador Chris Stevens and three other Americans galvanized public anger against the militias. Some 30,000 people marched through Benghazi on Friday to the gates of the Ansar al-Shariah compound, demanding the groups disband. The storming of the compound came hours later after the march ended. Protesters also stormed into the Jalaa Hospital, driving out Ansar fighters there.

The unrest comes at a time when the power vacuum in Libya continues. The first post-Qaddafi national elections in May chose a national assembly that is serving as a parliament and that chose the new president, Mohammed el-Megaref, and a prime minister, Mustafa Abushagur. But Abushagur, believed to have struck an alliance with the Muslim Brotherhood, has yet to form a cabinet. Members of the assembly are pressing him to replace the interior and defense ministers in charge of security forces and the military in part because of their failures to bring control.

Authorities were left trying to keep protesters away from what they called "legitimate" militias — ones that they rely on for security like Rafallah Shahati, which is headed by an Islamist, Ismail al-Salabi, who was reportedly injured in the clashes.

El-Megaref called on protesters to leave alone militias that are "under state legitimacy, and go home."

Omar Humidan, assembly spokesman, acknowledged that militias "have wrong practices ... serve their own agenda and have their own ideology." But he warned that "striking these militias and demanding they disband immediately will have grave consequences."

"These are the ones that preserve security," he said. "The state has a weak army and no way it can fill any vacuum resulting in eviction of these militias. ... The street is upset because of the militias and their infighting. We are worried of the fallout in the absence of those militias. The state must be given the time."

Aside from Rafallah Sahati, there are two other major militias in Benghazi that authorities rely on. One is called Libya Shield, led by Wassam Bin Hamaad, another Islamist and who has interfered several times in separating rival tribes. Another is the Feb. 17 Brigade, led by Fawzi Abu Kataf who is seen as connected to the Muslim Brotherhood. The militia is believed to be the closest to the state authorities and has helped secure borders.

Fathi Fadhali, a prominent Islamist thinker in Benghazi, said the description of some militias as "legitimate" just contradicts common sense.

"How can you be a militia and legitimate at the same time?" he said. "How do you leave a group of extremists taking charge of security? Yes, you can accept their help for the short term but not long-term.

"The state must interfere as soon as possible — even, excuse me to say it, by using force — before everything collapses. I am extremely worried."