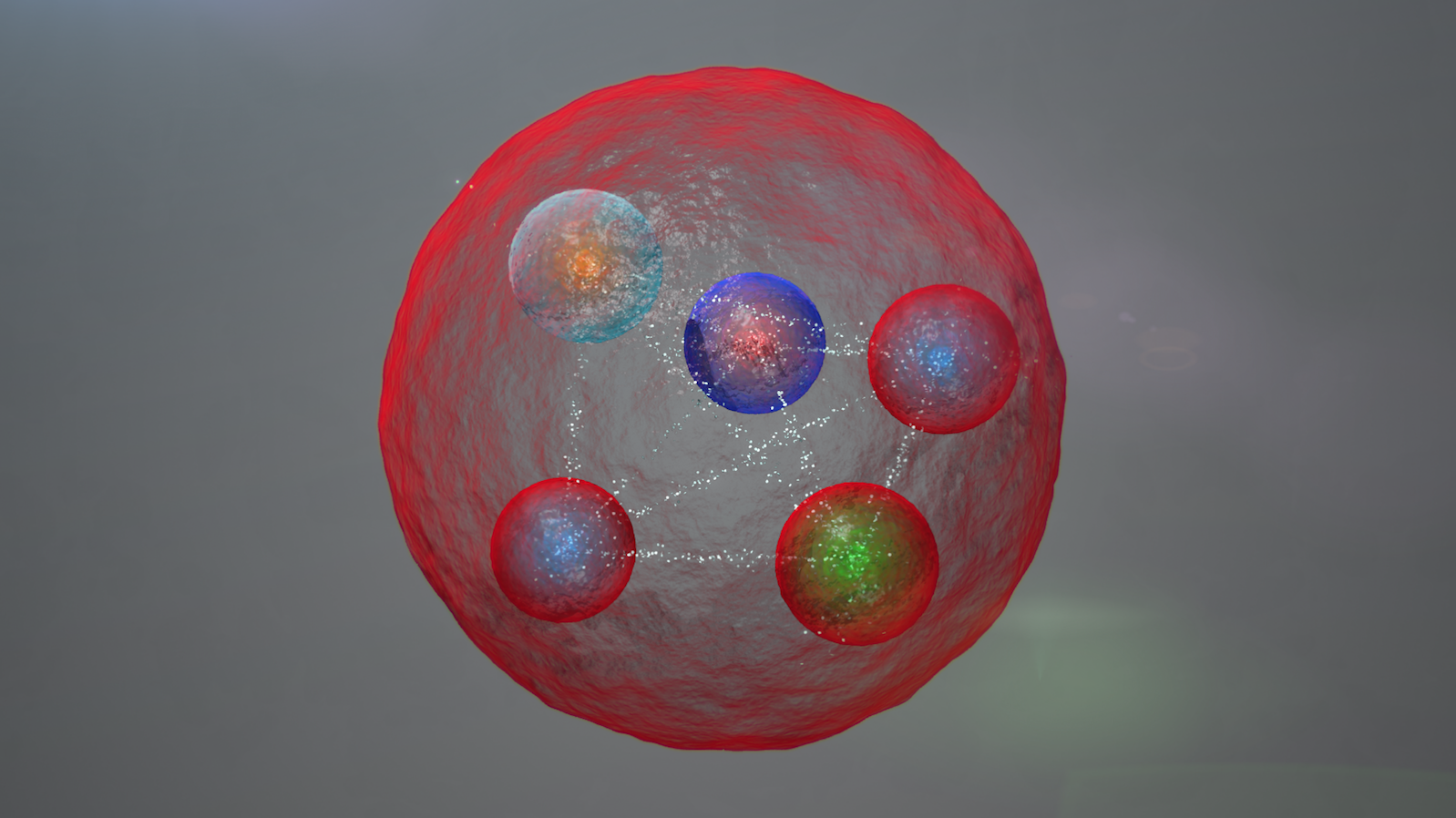 Scientists working at the Large Hadron Collider announced Tuesday that they have observed the existence of a new class of particles originally hypothesized five decades ago.

American physicist Murray Gell-Mann was awarded a Nobel Prize in 1969 for his idea that protons and neutrons -- two types of particles known as baryons -- comprised fractionally charged objects called quarks. His model also suggested the existence of multiple grouped arrangements of quarks, including pentaquarks, composed of four quarks and a so-called antiquark.

"The pentaquark is not just any new particle," said LHCb spokesperson Guy Wilkinson. "It represents a way to aggregate quarks, namely the fundamental constituents of ordinary protons and neutrons, in a pattern that has never been observed before in over fifty years of experimental searches. Studying its properties may allow us to understand better how ordinary matter, the protons and neutrons from which we're all made, is constituted."

Researchers with LHCb, the experimental division focused on matter and antimatter, examined the decay of a particular baryon known as Lambda b into its constituent parts. They detected signals that suggested an intermediate state in the breakdown process, which they attribute to the existence of the long-sought pentaquark.

"Benefitting from the large data set provided by the LHC, and the excellent precision of our detector, we have examined all possibilities for these signals, and conclude that they can only be explained by pentaquark states," LHCb physicist Tomasz Skwarnicki of Syracuse University said in a statement.

Further work at LHCb will study how the quarks are bound together within pentaquarks and what greater lessons could be drawn from the findings.

These are some of the first results collected at the Large Hadron Collider since scientists successfully restarted experiments in June after a two-year shutdown and upgrade. The world's largest particle collider is currently conducting research at nearly double the energy used in its first run, which ended in early 2013.

Razor-toothed prehistoric salamander was size of a car
Amanda Schupak