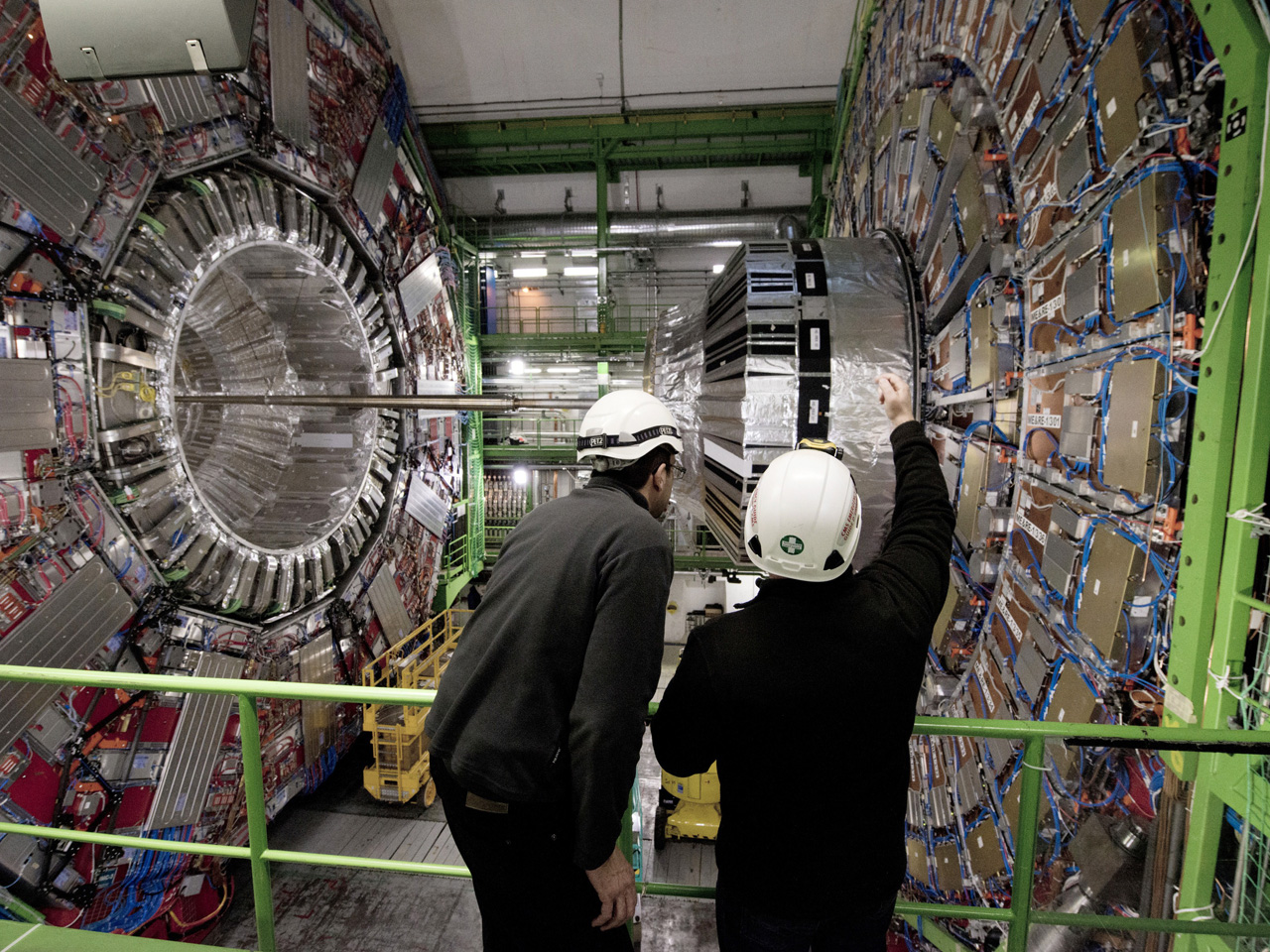 BERLIN - The world's biggest particle accelerator is back in action after a two-year shutdown and upgrade, embarking on a new mission that scientists hope could give them a look into the unseen dark universe.

Scientists at the European Organization for Nuclear Research, or CERN, on Sunday shot two particle beams through the Large Hadron Collider's 16.8-mile tunnel, beneath the Swiss-French border near Geneva.

CERN wrote on its website that "the startup is complete!"

The collider was instrumental in the discovery of the Higgs boson, a subatomic particle that had long been theorized but never confirmed until 2013.

After nearly two years in dormancy, the collider's restart was delayed after a short circuit added a little extra wait time.

When they first discovered it, scientists called it a "well understood issue," but said it would take time to correct because the short occurred in a cold section of the machine, which needed to be warmed up before it could be fixed, then cooled again before it could be used.

The LHC's electromagnets are chilled to ‑271.3 degrees C, a temperature colder than outer space.

Scientists are promising nearly twice the energy and more violent particle crashes this time around, starting as early as June. They hope for a first ever glimpse of dark matter, one of the chief focuses of the experiment.

Dark matter - and its cousin, dark energy - make up most of the universe, but scientists haven't been able to see them yet, so researchers are looking for them in high-energy crashes, in orbit in a special experiment on the international space station, and in a deep underground mine.

CERN spent about $150 million on the upgrade, opening the massive machine every 20 meters (66 feet), checking magnets and improving connections.