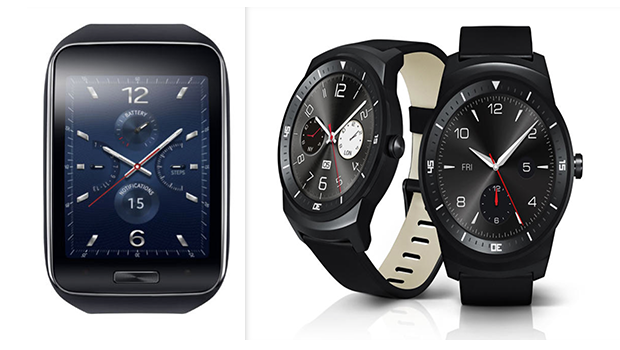 Some smartwatch designers are setting their sights squarely on the round, while others focus on a wealth of features. But despite all the new bells and whistles, the question remains, are consumers ready for functional fashion on their wrists?

LG will introduce its first round-faced G Watch R next week at the IFA 2014 tech show in Berlin, CNET reports. It was only six months ago that the South Korean tech company unveiled its boxy G Watch model. Both devices run Google Android Wear.

According to LG, the new device will be available in the fourth quarter of 2014. Prices and release dates will be announced later.

Like Motorola's sleek Moto 360, also due out in the fall, the G Watch R features an upscale stainless steel frame and an interchangeable leather strap -- a fashion upgrade from the original G Watch, which many reviewers considered bland and unattractive.

But fashion is not the only enticement smartwatch manufacturers are dangling in front of consumers.

Today Samsung announced the Gear S, its sixth model to be unveiled so far this year. The 3G device includes smartphone features that work untethered to a phone. CNET ranks Samsung the "undisputed leader" in the smartwatch category from its inception: "Samsung was one of the first companies to release a full-fledged smartwatch that can receive notifications, track steps and heart rate, and perform other functions. And it's also one of the first to introduce a modern smartwatch with a modem inside."

Not having to be connected to a smartphone all the time would be handy; you could answer calls or read emails on the 2-inch, curved Super AMOLED display (360 by 480 resolution) from anywhere. But the drawbacks of cellular in wearables may outweigh the benefits. You would need to pay for a data plan for your watch -- unless Samsung struck a deal with wireless carriers. Higher price and shorter battery life are also drawbacks to adding cellular.

The LG and Samsung smartwatches will likely be competing soon with another new entry to the market: an Apple wearable, nicknamed the iWatch. It will reportedly be unveiled at an Apple press event scheduled for September 9.