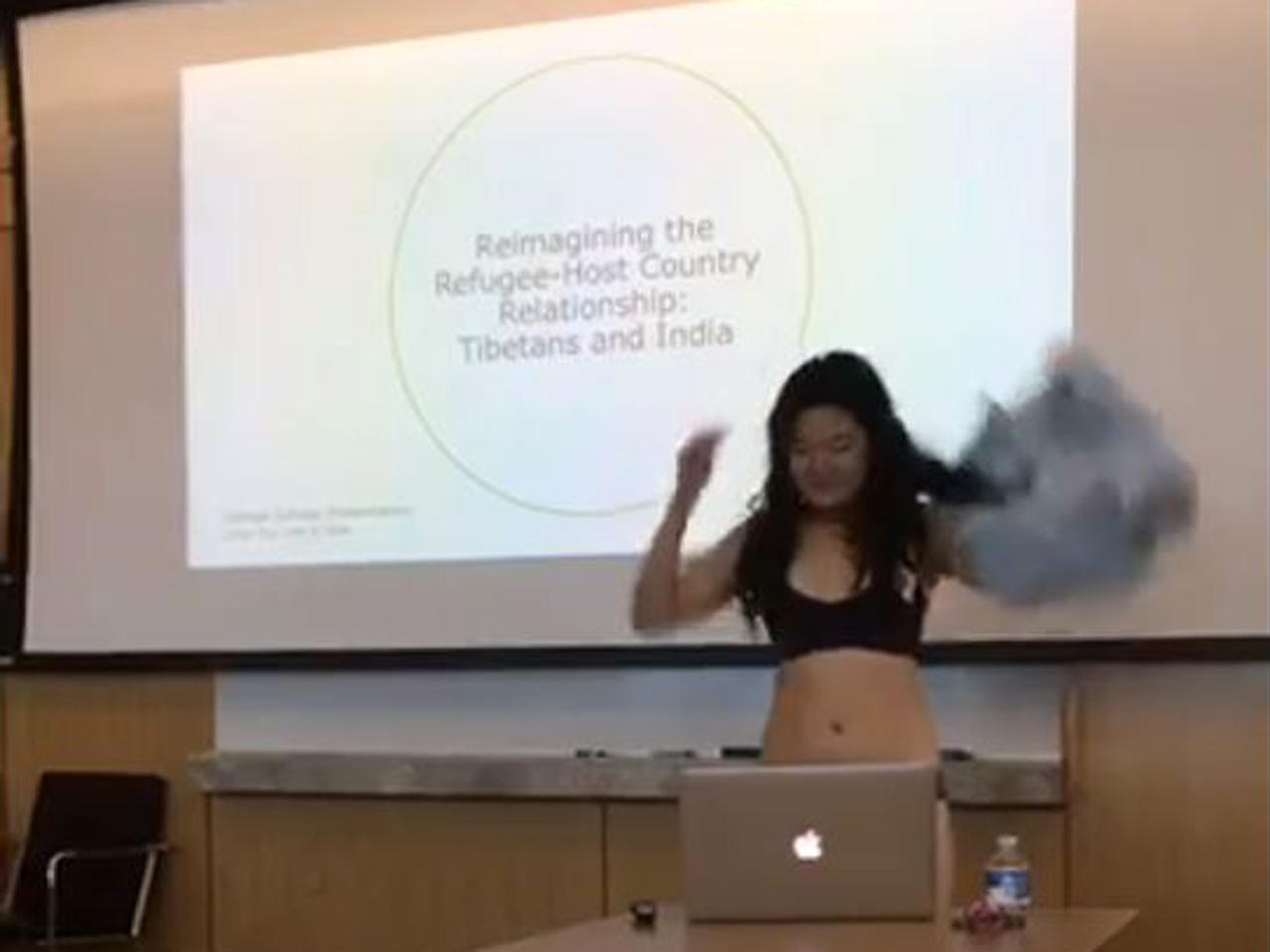 A student at Cornell University stripped down to her underwear while livestreaming her senior thesis presentation last weekend. Letitia Chai removed her shirt and shorts in protest after her professor allegedly questioned her attire during a practice run of her presentation a few days earlier.

During Chai's practice run on May 2, Chai told the paper she was wearing a blue button-down shirt and jean shorts. According to Chai, performing and media arts professor Rebekah Maggor asked her "Is that really what you would wear?"

Chai told the paper that Maggor said the shorts were "too short," that she was making a "statement" with her attire and that "men's attention" would be drawn away from her presentation.

Maggor responded to the paper in an email.

"I do not tell my students what to wear, nor do I define for them what constitutes appropriate dress," Maggor said. "I ask them to reflect for themselves and make their own decisions."

In a joint statement, 11 other students in the class said that Maggor "apologized for her choice of words" more than once.

At the beginning of Chai's presentation on Saturday, she didn't specifically address her exchange with Maggor but spoke about "individuals like myself who have been asked to question ourselves, specifically our appearance for the comfort of others."

She said that since May 2 people have shared with her "stories of being put down and being made to feel like less because of someone else's words and perceptions, and I feel your pain."