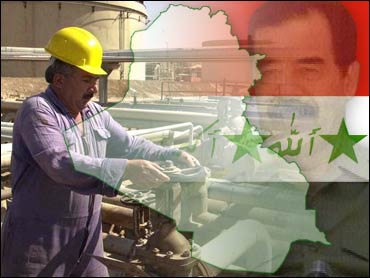 The British army, so we've been boasting for centuries, is the finest body of fighting men in the world. But I'm not trying to start an argument. Actually there isn't any need to, because however fine our soldiers may be, it now seems that they're equipped with some of the most useless weapons and kit on this planet.

I wish I was making this up, but its true. Just before your troops moved into Afghanistan last year, we sent our troops to the Persian Gulf for a massive practise run in desert conditions. 22,000 men, 6000 vehicles, 21 ships, 49 planes and 44 helicopters. It was named Operation Swift Sword, but it might just as well have been called Operation Broken Penknife. Pretty well everything broke. Half our tanks stopped dead, clogged up with sand and dust. Bits of the self-propelled guns melted in the heat, rifles jammed, helicopters were grounded and even the latest army boots began to fall to pieces on soldiers' feet. They would have radio'd for assistance, but the clapped-out British military radio system couldn't get a signal.

Tony Blair's Government says the Operation was a great success, and they'd learned lots of lessons. But the truth is that most of their gear was designed to fight the Soviet Army in the cold, wet climate of central Europe. It doesn't work very well in the desert when the thermometer hits the [Ellery, Simon] 90s. We know all this because an official investigation has just been published. The only man who's likely to enjoy reading it is Saddam Hussein.

So, if you do decide to invade Iraq, and want us to come with you, any chance of lending us a few things? I've got a heck of a long list.