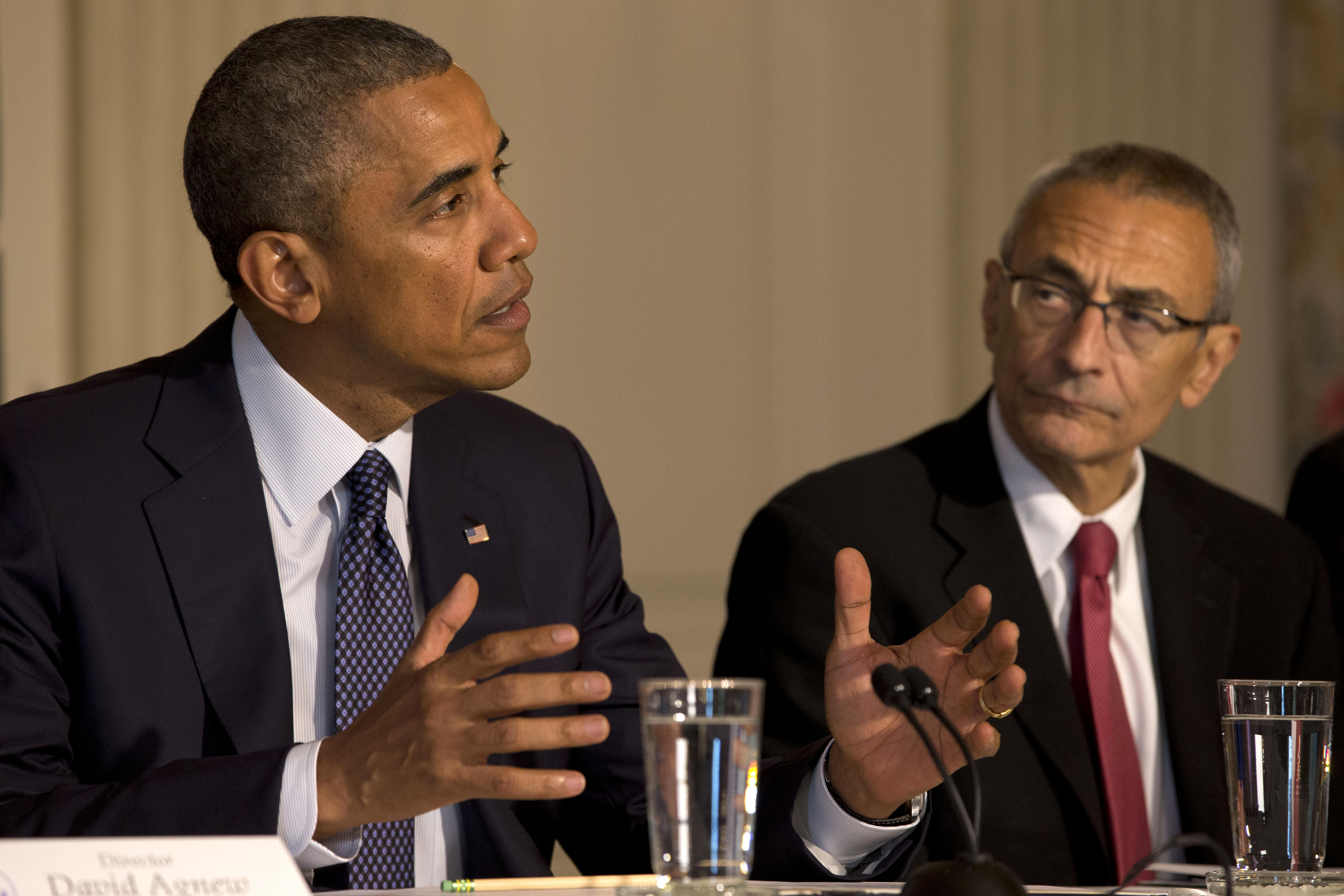 Emails released by WikiLeaks Thursday show for the first time correspondence between then-presidential candidate Obama and John Podesta on and around Election Day in 2008. The hacked emails here provide a small snapshot of the transition from George W. Bush’s presidency to Mr. Obama’s, which would take place in the midst of the financial crisis, and they also showed the cabinet positions under consideration for Hillary Clinton.

Before the election had event taken place, Podesta wrote to Mr. Obama, whom he addressed simply as “Barack,” and he asked him to make some decisions about an emergency national economic council that would be headed either by Bill Daley or one of his economic advisers, Daniel Tarullo. Podesta, who was the chairman of Mr. Obama’s transition team, had also given him a list of people for an outside council. He acknowledged one name that Mr. Obama wanted included on the council: “You added Warren Buffett to the potential list,” Podesta noted.

Also in October, Mike Froman, a veteran of Bill Clinton’s administration who served on the transition team, sent Mr. Obama a long list of “diversity” candidates for potential cabinet members who were African American, Latino and Asian American, as well as a list of women.

Hillary Clinton’s name was on the list for two positions: “State, HHS,” according to the list. Former Michigan Gov. Jennifer Granholm was a potential attorney general. Kenneth Chennault’s name was included for treasury or commerce and Colin Powell’s for education.

On Election Day, Podesta wrote again to strategize about an emergency meeting of the G-20 to discuss the ongoing global financial crisis. He told the candidate that his advisors unanimously recommended “that you NOT attend,” and he laid out the pros and cons for the soon-to-be-president-elect in a list, and he included a graceful way of declining any invitation he might receive from President Bush to the high-level summit.

While Podesta pointed out that he would be afforded “an early and efficient opportunity” to evaluate leaders from other economically powerful countries, there were a number of drawbacks.

“With at most very limited influence on the outcome of the meeting, you would be associated with it,” Podesta wrote. “If, for example, the meeting is widely regarded as an anemic response to grave systemic problems, you will be tied to that perception.”

Attending with Mr. Bush would also “create an extremely awkward situation,” Podesta predicted, in which he could hardly disassociate himself from Bush -- thus projecting a divided U.S. to the rest of the world. However, adopting a “more reserved posture” would associate Mr. Obama “not only with his policies, but also with his very tenuous global standing.”

Podesta’s suggestions for declining an invitation to the summit included using an “early press availability following the election,” at which there would “likely be a question about your potential attendance at the G20 meeting.” He added it was “something we could make more likely by quietly suggesting to someone that such a question would elicit an interesting answer if asked.”

The statement he drafted declining the invitation included the line, “The United States has only one President at a time, and until I take office in January that is President Bush.”

Ultimately, Mr. Obama was invited by Mr. Bush to attend the emergency G-20 summit, and as his top advisers counselled, Mr. Obama declined the invitation. “It is not appropriate for two people to show up at this meeting,” Podesta told reporters in November 2008, according to the Guardian. “The president-elect will respect the fact that we have one president at a time.”