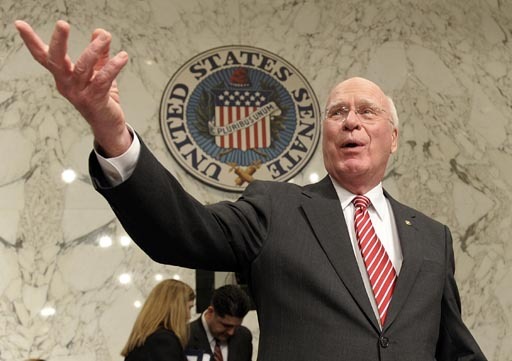 CBS News has learned the Democratic Chairman of the Senate Judiciary Committee, Patrick Leahy,D-Vt., is planning to schedule an oversight hearing with Attorney General Eric Holder.

Leahy's Republican counterpart on the Senate Judiciary Committee, Sen. Charles Grassley, R-Iowa, has been aggressively investigating the ATF "Fast and Furious" gunwalking scandal since early this year. So far, all hearings on the issue have been held in the House, where Republicans hold a majority.

Holder responds to critics on Fast and Furious

Sen. Leahy has indicated that he believes, as a former prosecutor, the current congressional investigation must not interfere with the ongoing criminal investigations and prosecutions related to firearms trafficking in "Fast and Furious."

Leahy says, "I share the President's confidence in Attorney General Holder. He has continued to demonstrate his strong commitment to tough law enforcement, transparency and integrity."

Sen. Leahy is working to schedule an oversight hearing with Holder before the end of the year.