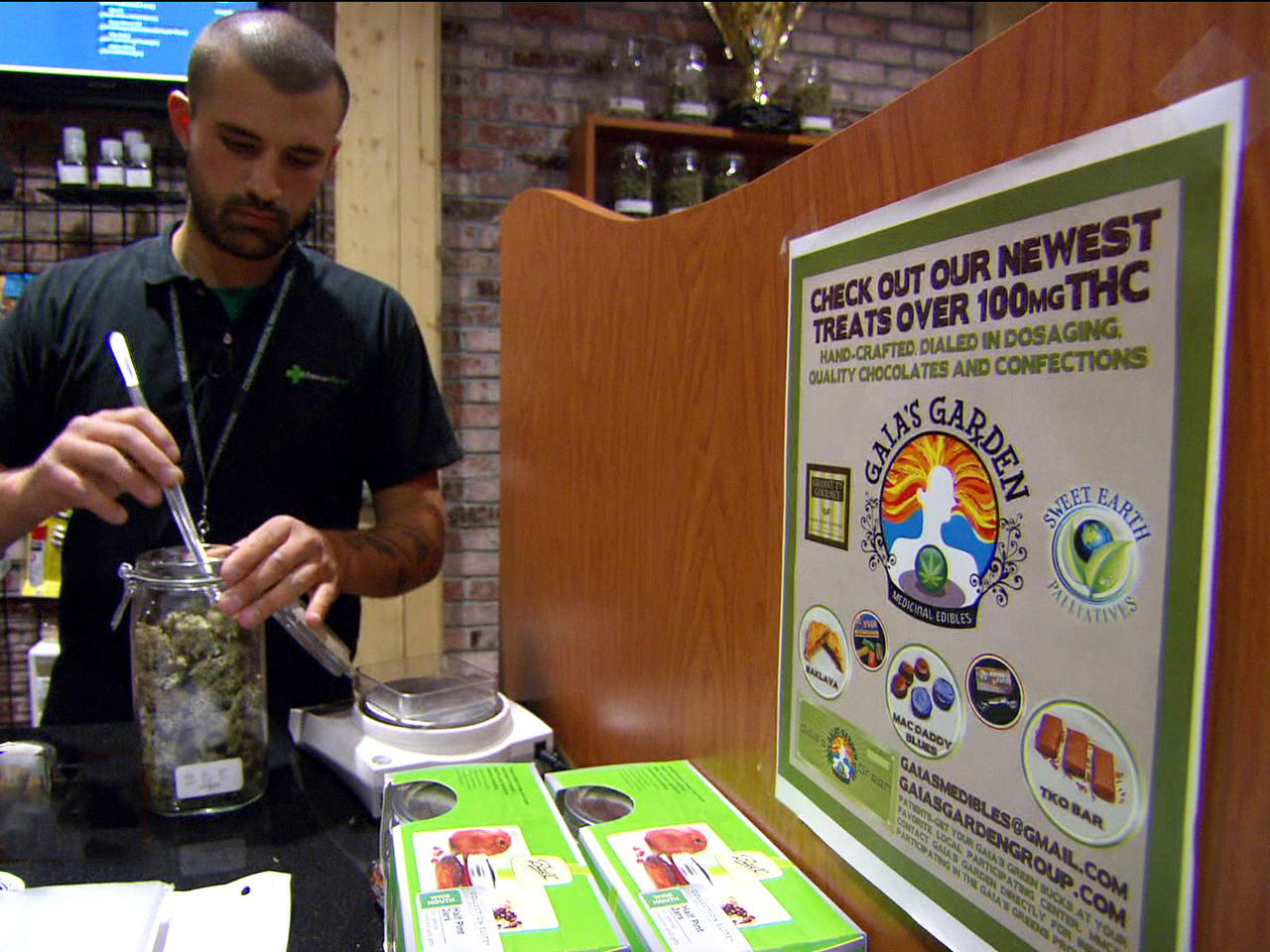 Looser marijuana laws may be behind "surges" in accidental pot poisonings in kids, according to new research.

More kids appear to be getting their hands on marijuana-laced brownies, cookies and beverages sold at medical marijuana dispensaries, leading to an uptick in emergency room visits at one Colorado hospital. The study looked specifically at Colorado, a state that now has some of the loosest marijuana laws in the country, but the authors pointed out the findings may apply elsewhere in the United States.

"We have seen an increase in unintentional ingestions of marijuana by children since the modification of drugs laws in Colorado," study author Dr. George Wang, a clinical instructor in pediatrics at Children's Hospital Colorado and the University of Colorado School of Medicine, said in a written statement. "Before the marijuana boom these kinds of edibles were not mass-produced and the amount of THC ingested was somewhat limited, but now we are seeing much higher strength marijuana," he said.

For the study, researchers compared accidental marijuana ingestion rates at a Colorado children's hospital before and after October 2009. In late 2009, the U.S. Justice Department instructed federal prosecutors to not arrest medical marijuana users and suppliers if they were abiding by state laws.

Nearly 1,400 pediatric patients under 12 were evaluated at the Colo. emergency room for unintentional ingestion for the study. Prior to Sept. 30, 2009, zero of 790 accidental poisoning cases were for marijuana. After Oct. 1, 2009, the number spiked to 14 of 588 cases, with seven of them caused by eating medical marijuana products.

Wang pointed out that medical marijuana that's grown today can be much stronger than previous forms of the drug, with higher concentrations of THC -- the drug's active ingredient. He said doctors may not be used to recognizing the symptoms of unintentional ingestion of marijuana, and parents of these children may not be forthcoming about a kid accidentally getting into their pot cookies.

Colorado voters legalized recreational marijuana use this past November, so increases in accidental ingestions may be even more likely in coming years. The solution may be child-resistant packaging, Wang said. He teamed with Dr. Michael Kosnett, a medical toxicologist and associate clinical professor at the University of Colorado School of Medicine, and persuaded a governor's task force to pass a law this year to develop pot packaging rules by July 1 of this year.

Kosnett, who is also an attending physician at the Rocky Mountain Poison & Drug Center in Denver, pointed out when child-resistant packaging was introduced for drugs like aspirin in the 1940s, accidental poisonings fell up to 95 percent.

"We know that children will act quickly to ingest even unpalatable items like household cleaners, pills and capsules," he said in the press release. "The allure of these marijuana edibles which taste and look like simple sweets makes them especially risky."

The study was published May 27 in JAMA Pediatrics.

When marijuana is eaten, THC acts on cannabinoid receptors in the brain in areas that influence pleasure, memory, thinking, concentration, coordinated movement and sensory and time perception, according to the National Institute on Drug Abuse. This can lead to distorted perceptions, disrupted memory, impaired coordination and difficulty thinking and problem solving.

In an accompanying editorial published in the same journal issue, Dr. William Hurley, a toxicologist from the University of Washington and Washington Poison Center and Dr. Suzan Mazor, an emergency medicine physician and toxicologist from Seattle Children's Hospital, recommended additional training for emergency room specialists and pediatricians to better recognize these poisonings.

"The legalization of recreational marijuana, especially the solid and liquid-infused forms permitted in Washington, will provide children greater access to cookies, candies, brownies and beverages that contain marijuana," the researchers wrote. "Parents and providers should be encouraged to call the Poison Center for data collection, information, education, and management advice."