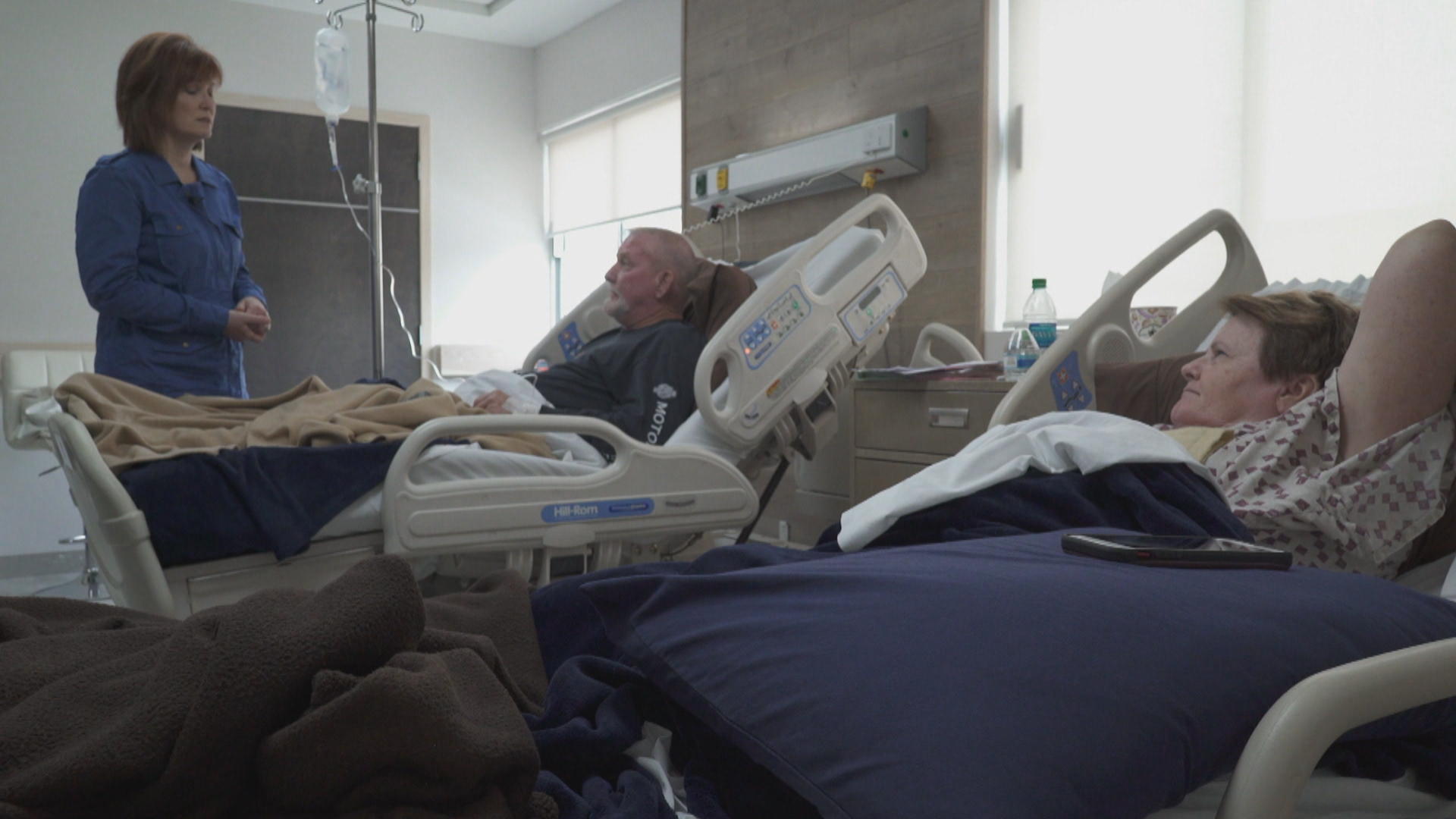 A recent lawsuit claims some Americans were lured to Mexico for weight-loss surgeries that turned out to be dangerous or even life-threatening. Four people from Arizona are suing three doctors in Mexico who performed surgeries as well as companies in the U.S., which they claim arranged for those surgeries and referred the patients to those doctors.

Diana Thomas struggled with her weight for decades, at one point reaching 290 pounds.

"I've been overweight since I was 16," Thomas told CBS News' Anna Werner. "My weight was killing me and I needed to do something about it."

Her doctor suggested gastric sleeve surgery, a procedure where a surgeon removes some 80 percent of the stomach. People eat less, and lose weight. But it can cost up to $20,000 in the U.S. and Thomas' work insurance didn't cover it. Then she found an online company, Weight Loss Agents, offering to help people get the procedure in Tijuana for $5,000, with a doctor named Mario Almanza. She says she and her husband did their research.

"So we were comfortable in the fact with what we knew. It's what we didn't know that would have stopped me altogether," Thomas said.

What they didn't know? That some patients who've gone to Mexico have suffered serious consequences, said Dr. Samer Mattar, president of the American Society of Metabolic and Bariatric Surgery, the largest society for bariatric surgeons in the U.S.

"They are attracted there because of deep discounts to have these operations over there," Mattar said. "Unfortunately, some of them come back with complications that we have to take care of."

Six days after surgery, back in the U.S., Thomas wound up in an emergency room where doctors found she had a hole – a leak – in her gastric sleeve, and a life-threatening infection. They called her family to her bedside.

"I was scared to death," she said. "I just hoped that they would make it in time so I could tell them I loved them and give my last hug."

Thomas did not sue Dr. Almanza but four Arizona residents have now filed a class-action lawsuit against Dr. Almanza, two other Mexico-based doctors and associated U.S. companies, accusing them of fraud, and saying they concealed "the risks and dangers associated with having bariatric surgeries done in Tijuana." Weight Loss Agents is not named in the lawsuit.

We wanted to know what Dr. Almanza had to say. He agreed to talk with us, so we headed to Tijuana to his facility. He says he does between five and 10 surgeries a day and we met patients like Arizona's Doug Taylor and his wife Joy. They both had the surgery after doctors in the U.S. told Joy she wasn't heavy enough to qualify. They paid just roughly $3,600 apiece.

"We found out about this place and we just said, let's go for it!" Doug Taylor said.

Dr. Almanza told us he's a credentialed surgeon, with a complication rate of less than two percent.

"My work is -- is professional," Dr. Almanza said.

And what of the lawsuit?  He claims a former employee tried to blackmail him, then offered some of his former patients $500 apiece to complain about him.

He told Werner there was a campaign in opposition of me to take away my prestige.

But we also found two families who say their loved ones died after surgeries by Dr. Almanza. Their deaths also referenced in that lawsuit.

It could have been made up by the patients, Dr. Almanza told us. He says he hasn't seen death certificates to prove they died from his surgeries.

And what about Diana Thomas? He claims she too was bribed. Thomas says it's ridiculous -- $500, she says, wouldn't have made a dent in her $300,000 in medical bills, bills that forced her to declare bankruptcy.

"My hope is to bring awareness to what can happen…. I want him stopped, because it's not just me."

Weight Loss Agents says it has no legal ties to Dr. Almanza's medical practice but helps with scheduling, transportation, and other services. It says safe treatment is its "paramount goal" for customers and it warns patients of possible risks. Another doctor named in that lawsuit told CBS News having it in Mexico was a good thing because people are desperate and often can't afford it in the U.S.

Beach communities start to bounce back

Like a lot of other dating sites, it's free to join, but unlike others, good luck getting in. It already has a wait list of 75,000 people