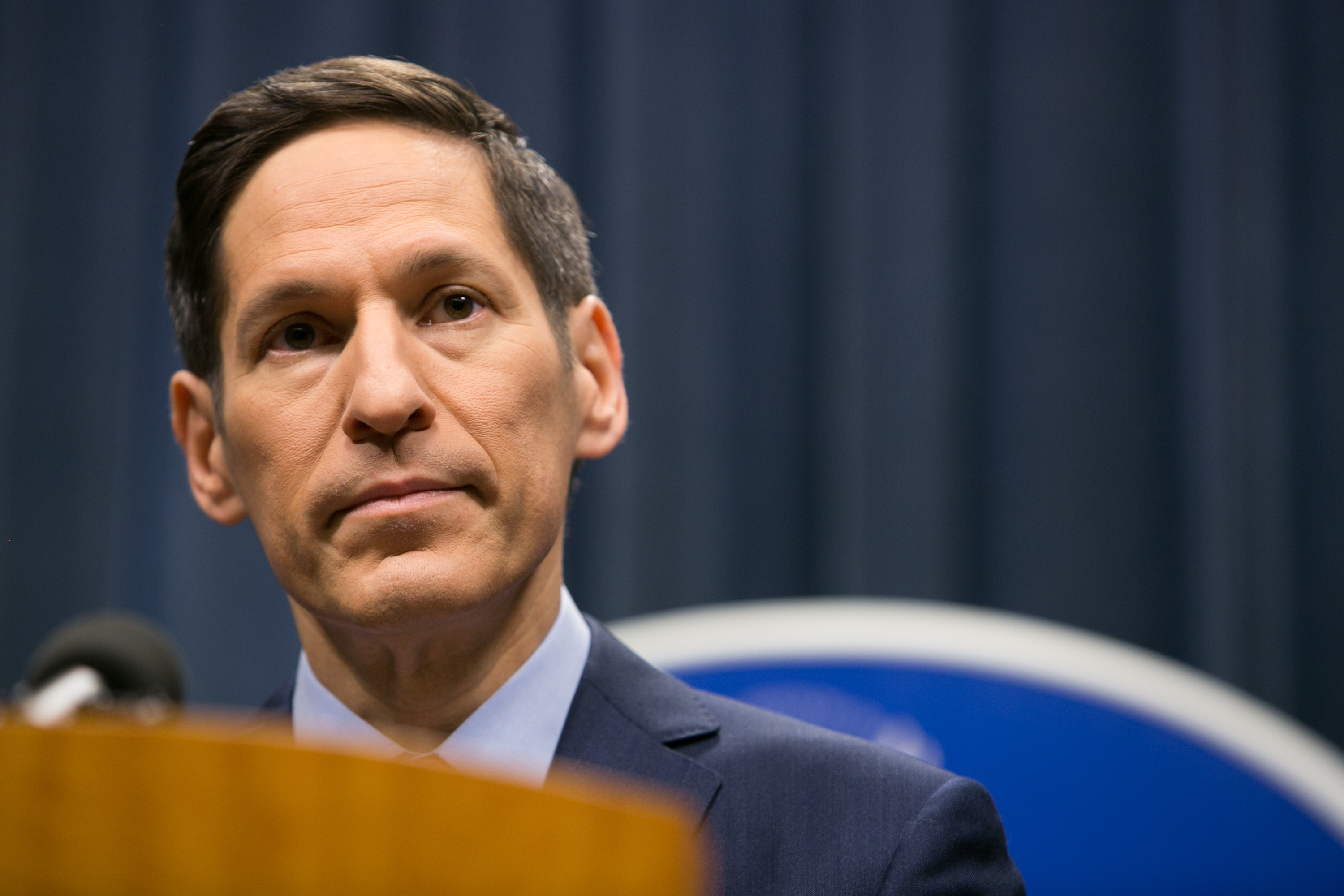 There are few crises that can tear members of Congress away from their re-election campaigns less than three weeks before Election Day. Ebola is one of them.

Some House Energy and Commerce members will be returning to Washington Thursday in order to grill top officials over the U.S. response to the Ebola crisis at home and abroad. The hearing comes a day after the Centers for Disease Control and Prevention (CDC) announced that a second Texas healthcare worker had contracted the virus, and that she had traveled by plane the day before showing symptoms, the point at which the virus is contagious.

Though officials have promised they can contain the virus in the U.S., treatment at hospitals here has been plagued by missteps and has raised doubts about the government's ability to deliver. Some lawmakers are proposing more stringent safeguards, many of which have already been dismissed by experts.

Rep. Tim Murphy, R-Pennsylvania, chairman of subcommittee holding the hearing, favors a travel ban, suggesting in an interview with CBS News, "Why not isolate those who have Ebola and restrict travel visas and travel from coming into the United States, or for those who are here, to make sure that they have a level of isolation or quarantine until they pass this 21 day infectious potential period?"

Murphy isn't alone in wondering why the U.S. hasn't instituted a ban on West Africans traveling to the U.S. Seven of the 14 Republicans who sit on his panel say it's time for the administration to at least consider such a measure. Among them is Rep. Cory Gardner, R-Colorado, who is also taking time away from the campaign trail for the Thursday hearing, even though he's running a very closely contested race to unseat Colorado's Democratic senator, Mark Udall.

The rising number of cases here and Ebola scares at U.S. airports are also fueling public sentiment for more action. A recent Washington Post/ABC poll found that two-thirds of Americans support travel restrictions on people entering the U.S. from the West African countries that have been hardest hit by the virus.

Still, the administration has insisted for weeks that a travel ban will not make Americans safer from the virus.

"We don't want to isolate parts of the world, or people who aren't sick, because that's going to drive patients with Ebola underground, making it infinitely more difficult to address the outbreak," CDC Director Tom Frieden wrote in an op-ed published on Fox News last week. "Stopping planes from flying from West Africa would severely limit the ability of Americans to return to the United States or of people with dual citizenship to get home, wherever that may be. In addition to not stopping the spread of Ebola, isolating countries will make it harder to respond to Ebola, creating an even greater humanitarian and health care emergency."

Frieden is one of the witnesses who will testify Thursday, along with Anthony Fauci, the director of the National Institute of Allergy and Infectious Diseases, and other officials from the Food and Drug Administration, Health and Human Services, and Department of Homeland Security.

The subcommittee's top Democrat, Rep. Diana DeGette, says she's more interested in stopping the spread of the virus than in pointing fingers. She told CBS News, "I want to make sure that we have the protocols in place and that the first responders and the hospitals know about those protocols and are implementing them."

Frieden will tell lawmakers "we remain confident that our public health and health care systems can prevent an Ebola outbreak here," according to his prepared testimony for the hearing.

And Daniel Varga, the chief clinical officer and senior executive vice president for Texas Health Resources, the hospital network involved in treating the first Ebola case in the U.S., was set to testify but will remain in Dallas to deal with the ongoing treatment of health care workers who contracted Ebola. In his prepared remarks, he apologizes for the hospital's missteps in treating Thomas Eric Duncan, the Liberian man who was the first reported case of Ebola on U.S. soil, and admits, "we made mistakes. We did not correctly diagnose his symptoms as those of Ebola. We are deeply sorry."

DeGette did criticize Republicans for their slowness in scheduling the hearing, saying, "We had a number of other hearings throughout the fall...and yet no Ebola hearing. Now we've got a hearing two and a half weeks before the election with members seeming to kind of want to make this an election issue." She noted that she and other Democrats on the Energy and Commerce Committee first requested a hearing on Sept. 4 and said if the hearing had been held in September, their questions for the CDC could have been answered earlier, and "We could have pressured them to do things like institute testing when people arrive from West Africa; made sure there's training for the healthcare workers on how to respond and treat these patients."

DeGette also said earlier intervention by Congress might even have prevented the Dallas hospital from initially misdiagnosing Duncan.

Murphy says he just wants cooperation."There can't be any politics," he said. "Congress wants to be in full partnership with the administration. Tell us what you need, give us accurate factual material and we will work together to make sure everybody has what they need."