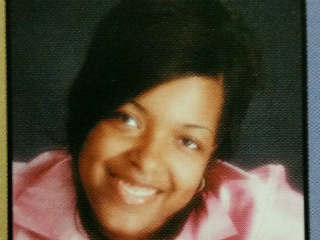 The second health care worker to test positive for Ebola in Dallas traveled by air the day before presenting symptoms and being isolated, the CDC announced Wednesday.

The Cleveland Department of Public Health identified the health care worker as Amber Vinson. Officials said Vinson, a nurse in Dallas, was visiting family in northeast Ohio to prepare for her wedding.

CDC Director Tom Frieden said Wednesday the worker is currently in the process of being transferred to Emory University Hospital in Atlanta, which has previously successfully treated two American Ebola patients without the disease spreading further. She boarded a flight to Atlanta Wed. afternoon.

The revelation has raised alarm about further spread of the disease, which is transmitted through body fluids such as blood and saliva after the victim starts showing symptoms.

In response to the latest Ebola case, the White House announced Tuesday that President Obama is calling off a planned trip to New Jersey and Connecticut and instead will convene Cabinet officials coordinating the government's Ebola response.

The CDC said it is attempting to track down all 132 passengers aboard the plane the health care worker took because of "the proximity in time between the evening flight and first report of illness. Officials identified the flight taken by the worker as Frontier Airlines flight 1143 from Cleveland to Dallas/Fort Worth on October 13. They said anyone aboard the plane should call 1 800-CDC INFO (1 800 232-4636) immediately.

Vinson exhibited no signs or symptoms of illness while on flight 1143, according to the crew.

Officials said Cleveland Hopkins International Airport disinfected key areas of its facility and was providing personal protection for equipment employees. The airport director said the plane on which 29-year-old Amber Joy Vinson had flown back to Dallas was decontaminated twice, and would carry passengers from Cleveland to Denver on Wednesday afternoon. Vinson had treated the Liberian man who died of the disease in a Dallas hospital.

Medical records provided to The Associated Press by Thomas Eric Duncan's family show Vinson was actively engaged in caring for Duncan in the days before his death. The records show she inserted catheters, drew blood, and dealt with Duncan's body fluids.

Kent State University, Vinson's alma mater, also was abuzz about its links to the Ebola case after the school announced that three employees related to Vinson have been asked to remain off campus for three weeks. Vinson didn't visit campus during her recent trip, the school said.

In a statement, Frontier Airlines said they "will continue to work closely with CDC and other governmental agencies to ensure proper protocols and procedures are being followed." The airline also said the plane has been thoroughly cleaned and was removed from service following CDC notification early Wednesday morning.

"Those who have exposures to Ebola, she should not have traveled on a commercial airline," Frieden said. "The CDC guidance in this setting outlines the need for controlled movement. That can include a charter plane; that can include a car; but it does not include public transport. We will from this moment forward ensure that no other individual who is being monitored for exposure undergoes travel in any way other than controlled movement."

Frieden said Wednesday that the second health care worker had traveled to Ohio before the first was diagnosed with the disease.

Frieden specifically noted that the remaining 75 healthcare workers who treated Thomas Duncan at Texas Health Presbyterian Hospital will not be allowed to fly. The CDC will work with local and state officials to accomplish this.

The agency said the positive test result for the worker was returned from a preliminary test, and that "confirmation testing at the Centers for Disease Control and Prevention's laboratory is being done."

The worker was in isolation at a Dallas hospital within 90 minutes of her finding she had an elevated temperature, officials said. They also said she lives alone with no pets.

"What happened there (in Dallas), regardless of the reason, is not acceptable. It shouldn't have happened," Anthony Fauci, director of the Institute of Allergy and Infectious Diseases of NIH, said on MSNBC Wednesday.

The state health agency said the new patient had been interviewed, "to quickly identify any contacts or potential exposures, and those people will be monitored. The type of monitoring depends on the nature of their interactions and the potential they were exposed to the virus."

Nurse Nina Pham, the first person to contract Ebola on U.S. soil, also got the disease while caring for Duncan. She repeatedly visited his roomfrom the day he was admitted to the intensive care unit until the day before he died, medical records show.

Pham and other health care workers wore protective gear, including gowns, gloves, masks and face shields -- and sometimes full-body suits -- when caring for Duncan, but confirmation of the new case came a day after a national nurses union decried an absence of protocols at the Texas hospital.

When Pham's mother learned she was caring for Duncan, she tried to reassure her that she would be safe.

Duncan's medical records make numerous mentions of protective gear worn by hospital staff, and Pham herself notes wearing the gear in visits to Duncan's room. But there is no indication in the records of her first encounter with Duncan, on Sept. 29, that Pham donned any protective gear.