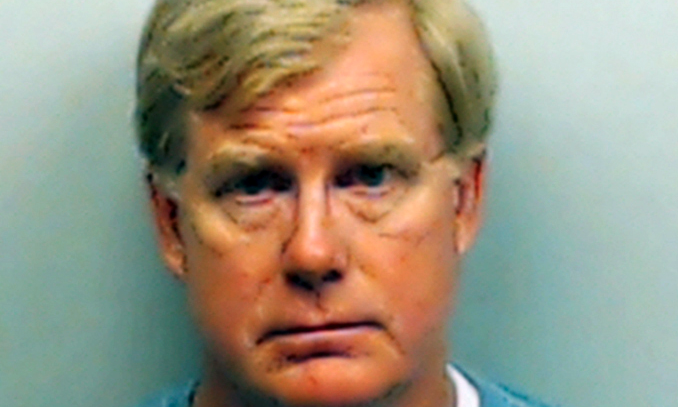 Alabama Republican Sens. Richard Shelby and Jeff Sessions said Fuller had violated the trust placed in his office, and that he should step down. They were joined by Missouri Democratic Sen. Claire McCaskill.

"The American people's trust in our judicial system depends on the character and integrity of those who have the distinct honor of sitting on the bench," Shelby said in a statement. "I believe that Judge Mark Fuller has lost the confidence of his colleagues and the people of the state of Alabama. I urge him to resign immediately."

Fuller, who was appointed by then-President George W. Bush in 2002, was charged with misdemeanor battery after the incident with his wife, which occurred in an Atlanta hotel room, according to Reuters.

He resolved the charge by agreeing to complete a six-month domestic violence program and a substance abuse evaluation, but he was stripped of his docket by the 11th Circuit Court of Appeals following the incident.

"All acts of domestic violence are unacceptable and should not be tolerated," she said in a statement. "No one committing such abusive acts should get a pass. This is especially true for those charged with upholding and enforcing the law. Judge Fuller has violated the public trust and should resign."

Lawmakers have been especially attentive to the problem of domestic violence of late. After former Baltimore Ravens running back Ray Rice was fired following the release of a video showing him punching his wife in an elevator, sixteen female senators sent a letter to NFL Commissioner Roger Goodell questioning the league's handling of the matter.

"We were shocked and disgusted by the images we saw this week of one of your players violently assaulting his now-wife and knocking her unconscious, and at new reports that the NFL may have received this video months ago," the senators wrote in the letter. "Tragically, this is not the only case of an NFL player allegedly assaulting a woman even within the last year."

Fuller alluded to the Ray Rice controversy in her statement. "If an NFL player can lose his job because of domestic violence then a federal judge should definitely not be allowed to keep his life-time appointment to the federal bench," she said. "It is my hope that Judge Fuller would spare us the expense and further public humiliation by doing the right thing and resigning."