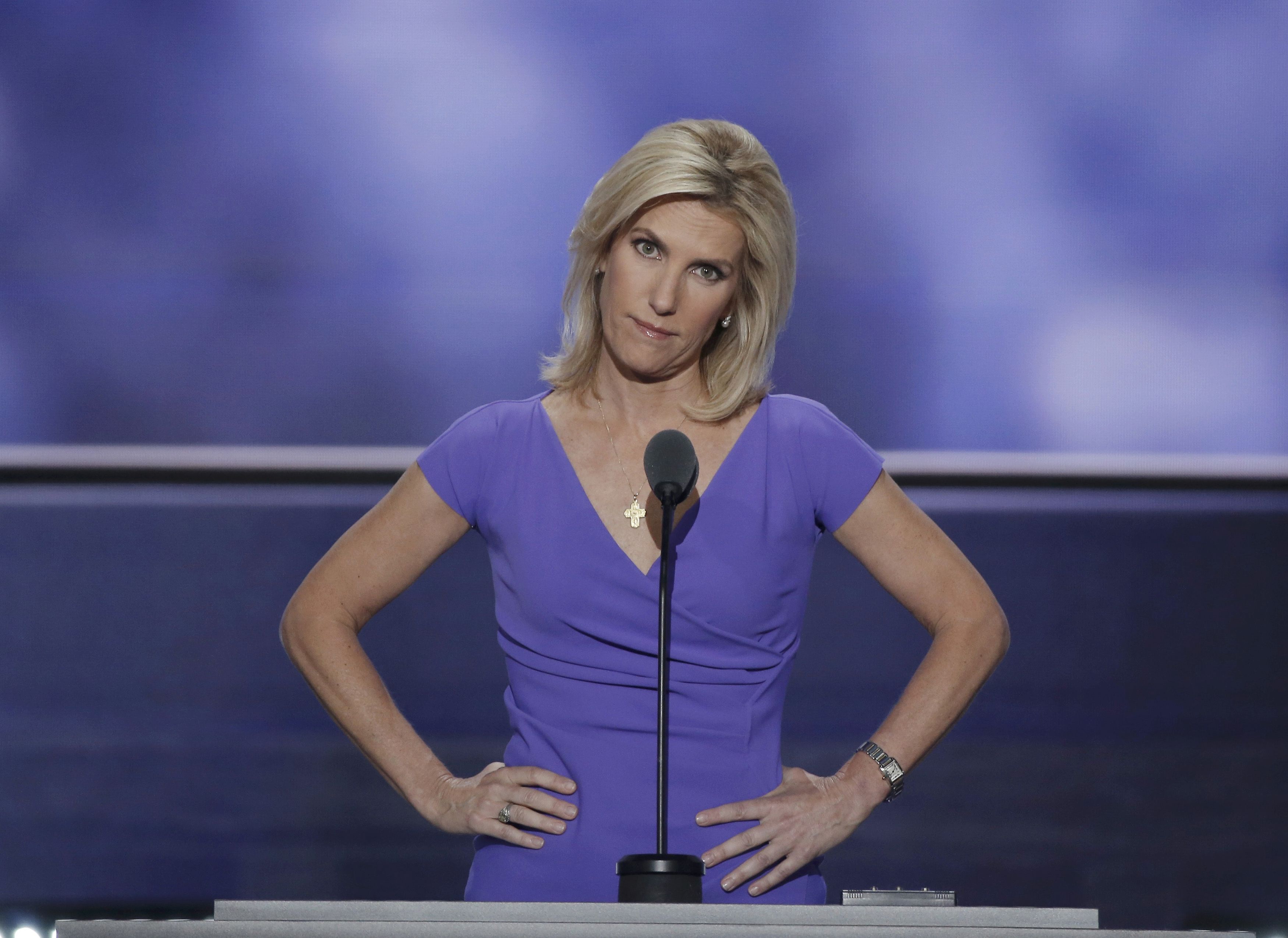 NEW YORK -- Fox News Channel's Laura Ingraham returned to work with defiance Monday, denouncing a "Stalinist" effort by liberals to stifle the free speech of conservatives and promising to make fighting it her new cause. She made no mention of the advertisers who had abandoned her program after she tweeted that a survivor of the Parkland, Florida school shooting had "whined" about not getting in to some colleges he had applied for.

That high school senior, David Hogg, responded by suggesting that people offended by Ingraham's remark contact her advertisers. Some 19 companies responded by saying they wouldn't air commercials on Ingraham's show.

Ingraham was on vacation for a week after apologizing via social media for her tweet. She hasn't discussed that episode with her viewers specifically, but it didn't take much reading between the lines to realize it was on her mind Monday. Ingraham even played a video clip of Bill Maher saying some liberals have defended free speech; Maher last week came out against a boycott of Ingraham's program.

She said that "left wing retaliatory hit squads" respond to speech that makes them uncomfortable by trying to evict opponents from the public square instead of debating their ideas.

"The free speech clause to our Constitution doesn't just apply to speech our elites deem acceptable," she said.

Hogg has been among the most vocal of the Parkland students arguing in favor of stricter laws on gun safety; Ingraham has resisted stricter gun laws.

Ingraham's show was light on advertisements Monday. But some sponsors stuck with her, with ads running for a visiting nurse service, a floor covering company, a debt relief company, a weight reduction drink, a knife sharpener and a pillow manufacturer.

Ingraham said she would feature stories in coming weeks about conservatives who she says are fighting attempts to silence them.

Advertising time on The Ingraham Angle dropped to about seven minutes on the second night after Hogg's protest began March 28, according to tracker Kantar Media. Fox declined to confirm those numbers. The show had averaged about 14.5 minutes of ads up until the storm caused by Hogg, Kantar said. Five of the show's top 20 spenders during the first quarter of 2018 withdrew their advertising: Bayer, Hulu, Johnson & Johnson, Liberty Mutual Insurance and Wayfair.

The Ingraham Angle was the fourth most popular cable news show in February, with 2.6 million total viewers, its highest monthly rating since launching in October, according to AdWeek. It also was the No. 4 rated cable show among the sought-after 25-to-54 age group. The show airs daily at 10 p.m. Eastern time.

Hogg has become a highly visible gun control advocate after surviving the Feb. 14 shooting at Marjory Stoneman Douglas High School where 17 people died. He was a speaker at the March for Our Lives rally in Washington, D.C., on March 24 and has been appearing regularly on the subject of gun control in the media.

The 19 advertisers that stopped sponsoring "The Ingraham Angle" are: