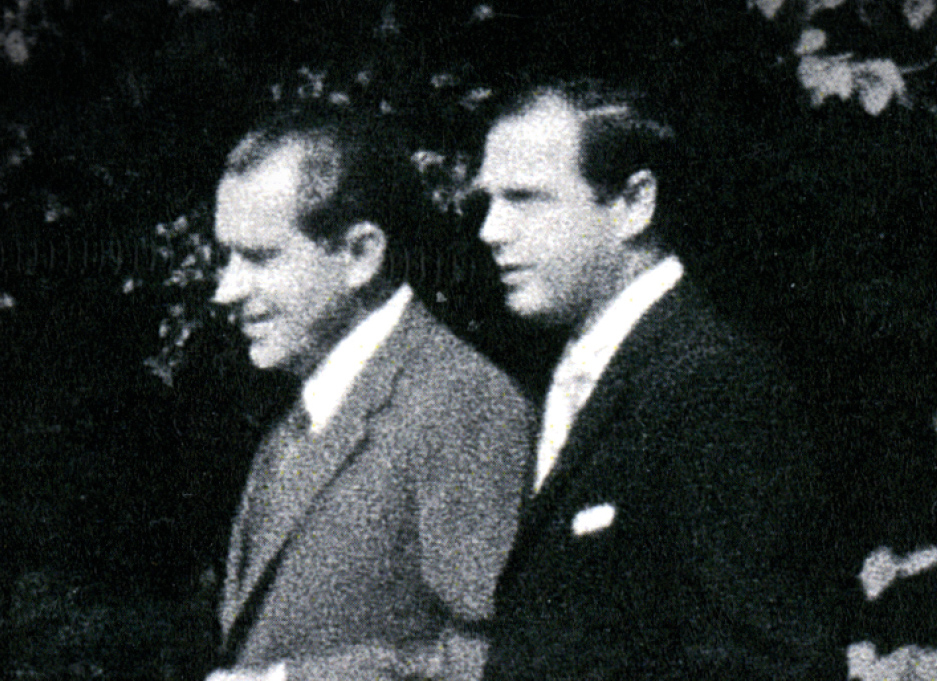 Hard as it may be to believe after all this time, there is still more to the story of President Richard Nixon and Watergate. And hard as it may also be to believe, it is one of the men who was closest to Nixon, Alexander Butterfield, who's letting the secrets out. Our Cover Story is reported now by David Martin:

It was the biggest bombshell of the biggest political scandal in American history: White House aide Alexander Butterfield revealing the existence of the White House taping system to the Senate Watergate Committee:

"When Butterfield gave that dramatic testimony in July 1973, it was a pivot point in Watergate," said reporter Bob Woodward, who -- along with Carl Bernstein -- famously exposed the machinations of the Nixon White House. Woodward had tried and failed to interview Butterfield, so he passed the name on to the Watergate Committee.

Martin asked, "Do you think the tapes would have ever been revealed had it not been for Butterfield?"

"I think they probably would not have," Woodward replied.

It turns out, Butterfield was sitting on a lot more secrets -- 20 boxes full of them -- which two years ago he turned over to Woodward. He told Butterfield that "not in my wildest dreams" did he ever think he would one day collaborate with Woodward.

The reporter said that when he walked into Butterfield's apartment and saw the boxes, "I thought, 'Wow! Let's start looking!'"

The result is "The Last of the President's Men" (published by Simon & Schuster, which is owned by CBS). In addition to the documents, Woodward spent 40 hours interviewing Butterfield, who for three years occupied the office next to the president's.

When Butterfield left, he took his files with him, including some documents classified as "Top Secret." "How did you just walk away with them from the White House?" Martin asked.

"It was easy -- I just walked away with them," Butterfield replied. "Well, I did the wrong thing. No one's supposed to do that. But I felt, to tell you the truth, that those papers were safer with me than with anyone. I'd been around classified documents -- that's no excuse -- but I'm saying I wasn't going to show these to the wrong person, and I was going to take good care of them."

One top secret document reveals Nixon's candid handwritten opinion of the bombing of Vietnam -- an angry scrawl across a report from his National Security Adviser Henry Kissinger: "We have had ten years of total control of the air in Laos and Vietnam. The result = zilch."

And just the day before, Nixon had told Dan Rather of CBS News exactly the opposite: "The results have been very, very effective," said the president.

"But surely, Nixon was not the first and won't be the last president to privately say things he would never say in public," said Martin.

"Yeah, but the level of contradiction and the depth of the fraud," said Woodward.

According to Woodward's research, Nixon had already ordered the military to drop nearly three million tons of bombs, and would order another million dropped in the year after the "zilch memo."

"It sends you into your heart and soul about, you know, 'What are we doing? How did this happen? How could we have been led this way?'" said Woodward. "It takes the concept of military leadership by a President and turns it on its head."

Another document, in Butterfield's handwriting, details Nixon's reaction to the My Lai massacre in which 504 Vietnamese civilians were slaughtered by American GIs: "Get backgrounds of all involved. All must be exposed. Discredit witnesses."

"Yeah, 'discredit.' That rings a bell. We went to great lengths to discredit people all the time," said Butterfield, who wrote one memo about "the possible left-wing affiliations" of Ronald Ridenhour, the soldier who first blew the whistle on My Lai; and another about Seymour Hersh, the reporter who broke the story. According to the memo, Hersh "received a $1,000 grant ... from the Edgar B. Stern Family Fund, which is clearly left-wing and anti-administration." Another "vulnerable spot," according to Butterfield's notes, is the possible involvement of a "lib Jew."

"So if the guy was a liberal Jew, that was material with which to discredit somebody?" asked Martin.

"You're asking me things that are very difficult to explain about a very complicated man," replied Butterfield.

A president who on a Christmas Eve tour of the old Executive Office Building next to the White House made a discovery that sparked a witch hunt: "Some of the staff people -- bureaucrats, the civil servants -- had pictures of John F. Kennedy on their desks or on the wall," said Woodward. "Nixon said, 'We have to get rid of that infestation,' as if it was some sort of disease that somebody would have a picture of JFK in their office."

Butterfield was told by Nixon to get pictures of other presidents taken down from the walls. "He made that express order," he said.

In particular, White House Chief of Staff Bob Haldeman told Butterfield, "The President would like you ... to find out who the woman is ... who has the two Kennedy pictures," adding, "He asks about it once a week -- at least." Butterfield reported back that the CIA, Secret Service and FBI -- even the House Committee on Un-American Activities -- all found the woman, a civil servant named Edna Rosenberg, was a "completely loyal American."

"What's surprising as you go through all of this is the amount of energy that was devoted to these kinds of maneuvers," said Woodward. "This was a subversion of what the job of the presidency is."

All of it is documented in Butterfield's files -- records of what the President is thinking about on any given day. "And some of them, at least 40 years after, seem very, very strange," said Martin.

"Yes, they do, they do," Butterfield said.

"Did they seem strange at the time?"

"In this strange environment, no!" he laughed.

Nothing, of course, was stranger than the break-in at Democratic National Committee Headquarters in the Watergate -- the third-rate burglary which brought down the President. Butterfield was not in on it, but he knew about the taping system which could answer that famous question: "What did the President know and when did he know it?"

"Listen, the last thing I wanted to do is be the person that gave away the secret, 'cause Haldeman and I had told the President we would never tell," Butterfield said.

But then a retired FBI agent named Donald Sanders, a member of the Watergate Committee staff, wound up an otherwise routine interview by asking exactly the right question: "Was there ever any other listening device in the Oval Office?"

"And I think I said, my exact, 'I'm sorry you asked that question,'" Butterfield recalled.

"I knew what I was saying, getting into, I really knew what it meant."

"When you look back at it now, would you have done anything differently in the way you handled that explosive secret of the taping system?"

"No, I've thought of that a lot," he said. "I regret absolutely nothing. I didn't do everything right. But I satisfied myself that I didn't tell a lie."

It was, of course, the tapes that revealed the President had obstructed justice by ordering the cover-up of the Watergate break-in. Nixon was forced to resign, and Butterfield faded into retirement in California.

But now he's back to teach us all one of the basic lessons of journalism: there is always more to the story.