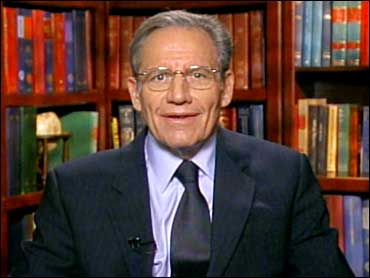 It had been one of the best-kept secrets of our time: The identity of Bob Woodward's source for his and Carl Bernstein's award-winning investigative reports on Watergate for the Washington Post. Then a few weeks ago, the man known to the rest of us only as "Deep Throat" came forward.

In his latest book, "The Secret Man: The Story Of Watergate's Deep Throat," Woodward describes his relationship with his source, W. Mark Felt, the Federal Bureau of Investigation's former No. 2 man.

Felt's family and lawyers decided to go public and disclose Deep Throat's identity, but the issue of the press disclosing sources is very much in the news with a report linking Karl Rove to the leaking of a CIA operative's name.

Asked if with the current upheaval the White House will get somebody fired, Woodward tells The Early Show co-anchor Harry Smith, "It is hard to tell."

He explains, "This investigation's been going on for two years by this special prosecutor [Patrick] Fitzgerald. Go back to Watergate. People have been fired, and there were all kinds of investigations. People have pled guilty and so forth. So I don't know whether this is going anyplace, perhaps off a cliff. I'm a little bit familiar with the case, and I haven't seen any evidence yet."

Referring to the outing of Valerie Plame, Woodward points out that it was columnist Bob Novak who first mentioned her name.

Woodward says, "The outing was done by the columnist Bob Novak, and he's tried to explain what he was told and why he used the word 'operative.' Whether we're to take him at his word, I don't know. But that's what he said. And he's not been called before the grand jury in a way that we know about. And he's not in jail. The person who is in jail is Judy Miller, a New York Times reporter who wrote nothing about this case, but just interviewed some people."

Going back to the original reporting Woodward did, the question is then: Why did Deep Throat blow the whistle?

"Like anyone doing something like this, it's a complex series of motives," Woodward says, "He clearly saw lots of law-breaking in the Nixon White House. He didn't like the fact that the Nixon White House was trying to push the FBI around and politicize it. He was also upset that he had not been made director of the FBI after Hoover died. But by and large, Mark Felt and the other sources that Carl Bernstein and I had, had it right. In fact, they understated the level of criminality in the Nixon White House."

The risk to these people, says Woodward, was "immense. And that's why (Felt) insisted that we have these really extraordinary and unheard-of clandestine meetings in an underground parking garage. I was just starting my reporting career at that point, so I wasn't sure whether this was typical or not. I'd never seen anything like it before. What he wanted to do is guarantee that he would not be fingered, that I would protect him and the circumstances of our discussions would be such that no one else would know."

After Watergate, Woodward asked Felt if he wanted to go public.

"He said, 'Are you crazy?'" Woodward recalls, "When Carl Bernstein and I wrote, 'All The President's Men,' the book about reporting Watergate, we wanted to disclose his identity. Felt absolutely insisted no. Turned out later he was investigated and prosecuted for authorizing break-ins by the FBI. So there are lots of ironies in this story and lots of anguish also."

Now he says he is happy to see Felt smile. "He's lost his memory. He has none," Woodward says, "But there's a smile there, and I hadn't seen his smile on his face for a long, long time. So it was quite emotional to see that."

"The Secret Man" is published by Simon & Schuster, a division of Viacom, the same parent company as CBS.