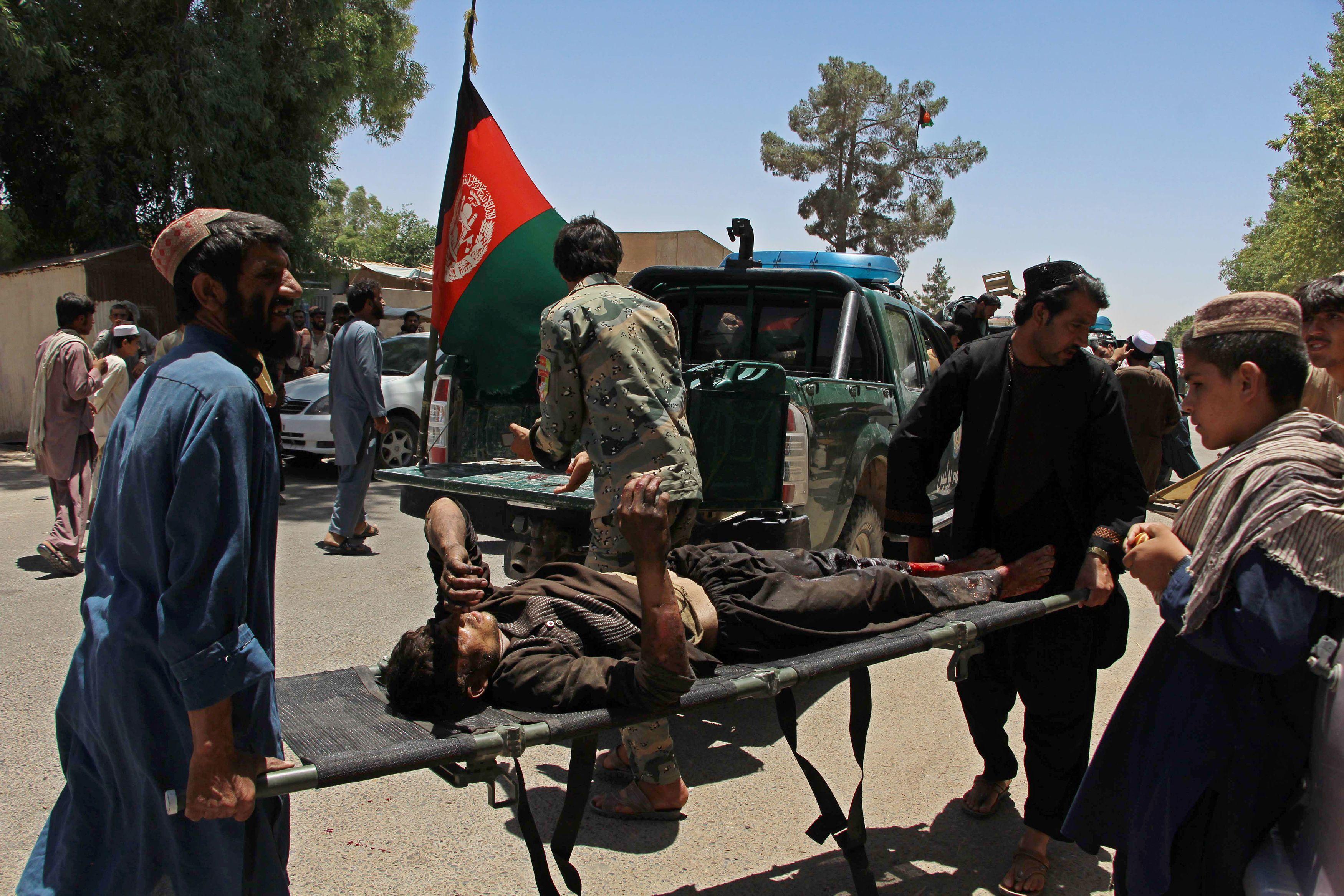 The governor of Helmand province put the death toll in the bombing outside the bank at 29, saying most of those killed in the explosion were civilians. Governor Hayatullah Hayat said the attack outside the Kabul Bank in the provincial capital of Lashkar Gah, also wounded 60 people.

People likely had gathered there to collect salaries ahead of the upcoming holiday of Eid al-Fitr.

Haji Moladad Tobagar, health director in Lashkargah told The Associated Press that the hospital received 25 bodies after the attack, as well as 60 wounded.

He says he fears an even higher casualty toll as more victims were being brought in. The discrepancies in the casualty tolls could not immediately be reconciled.