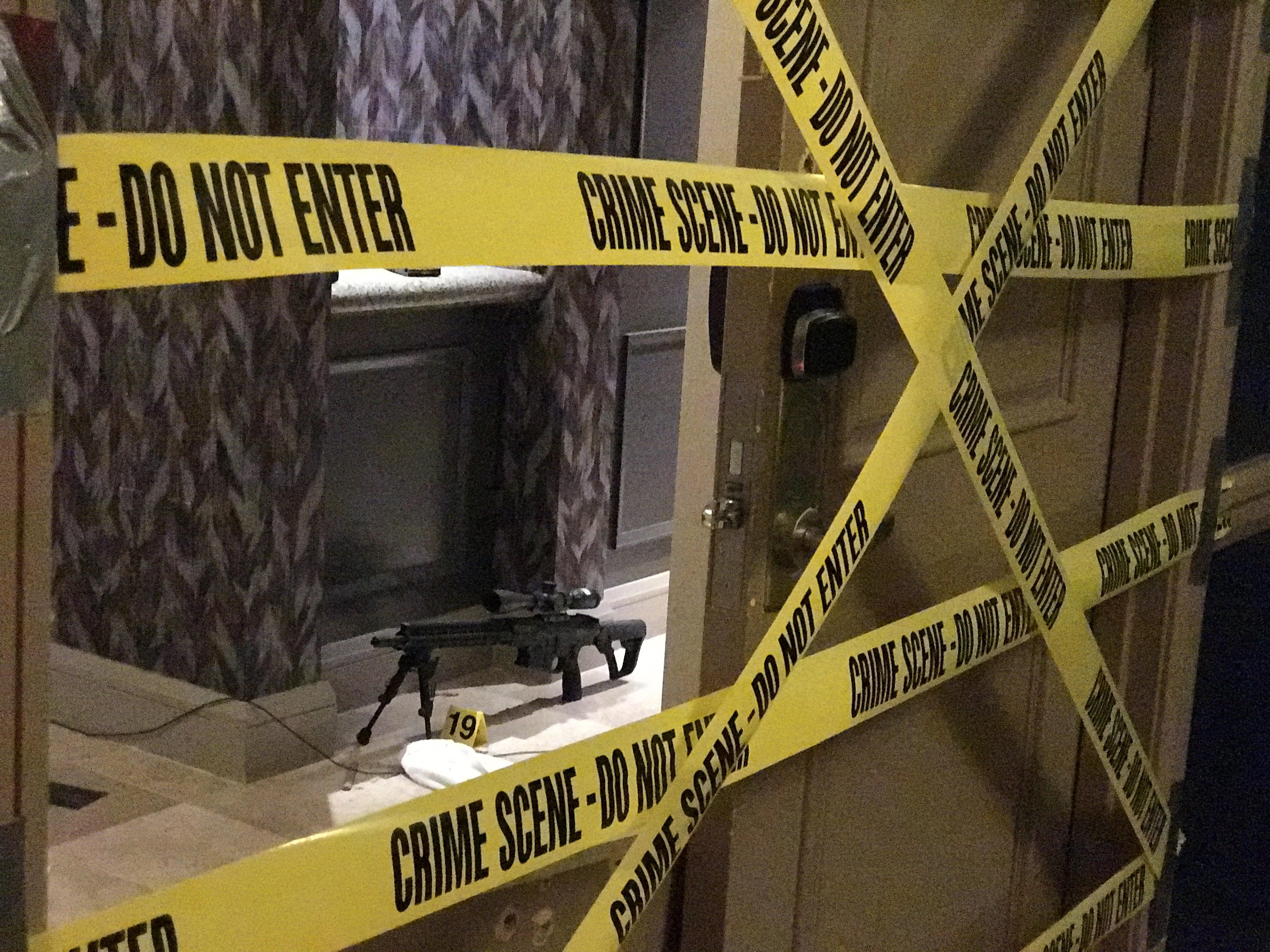 Las Vegas sheriff Joseph Lombardo broke down the timeline of the 75 chaotic minutes Sunday night between when shots first rang out and when police found gunman Stephen Paddock dead in his hotel room 32nd floor of the Mandalay Bay.

The first shots were fired at 10:05 p.m., according to closed-circuit television from the concert venue. The shooting continued for 10 minutes, until 10:15 p.m. Fifty-eight people were killed in the shooting, and 489 injured, Lombardo said.

Lombardo said he doesn't know why Paddock stopped firing, but he "could've kept continued firing, some were jammed but he could've continued."

One minute later, a security officer told Las Vegas police officers he was shot and gives them the exact location of the shooter. Lombardo said he didn't know if the security officer was armed.

"His bravery was amazing," Lombardo said. "He remained with officers and actually continued to help clear rooms until officer told him to seek medical attention." Lombardo said that by his estimate, 200 rounds were fired into the hallway.

Between 10:26 p.m. and 10:30 p.m., eight additional officers arrived on the 32nd floor and moved systematically through the hallway, clearing the rooms and looking for any more injured.

At 10:55 p.m., eight officers arrived in the stairwell at the opposite end of the hallway nearest to the Paddock's room. They saw the room service cart, which Lombardo said it was apparent there were cameras. They determined none of the cameras were recording.

The officers spent the next 30 minutes formulating a plan to enter Paddock's room. The delay was "purposeful and no shots were being heard at this point," Lombardo said.

While the first strike team was working on a plan, a second strike team comprised of a SWAT officer, patrol officers wearing heavy tactical gear and carrying a large bag with tactical equipment and holding rifles, and two canine officers arrived.

At 11:20 p.m., officers first breached Paddock's room. They observed the suspect on the ground and noticed a second door they could not access. At 11:27 p.m., the second breach was set off, allowing officers to enter the second room. Officers quickly realized there was no one else in their rooms and announced that information over the radio.

Lombardo said that they found 10 one-pound and two 20-pound cases of tannerite, an explosive component and approximated 1,600 rounds of ammunition.