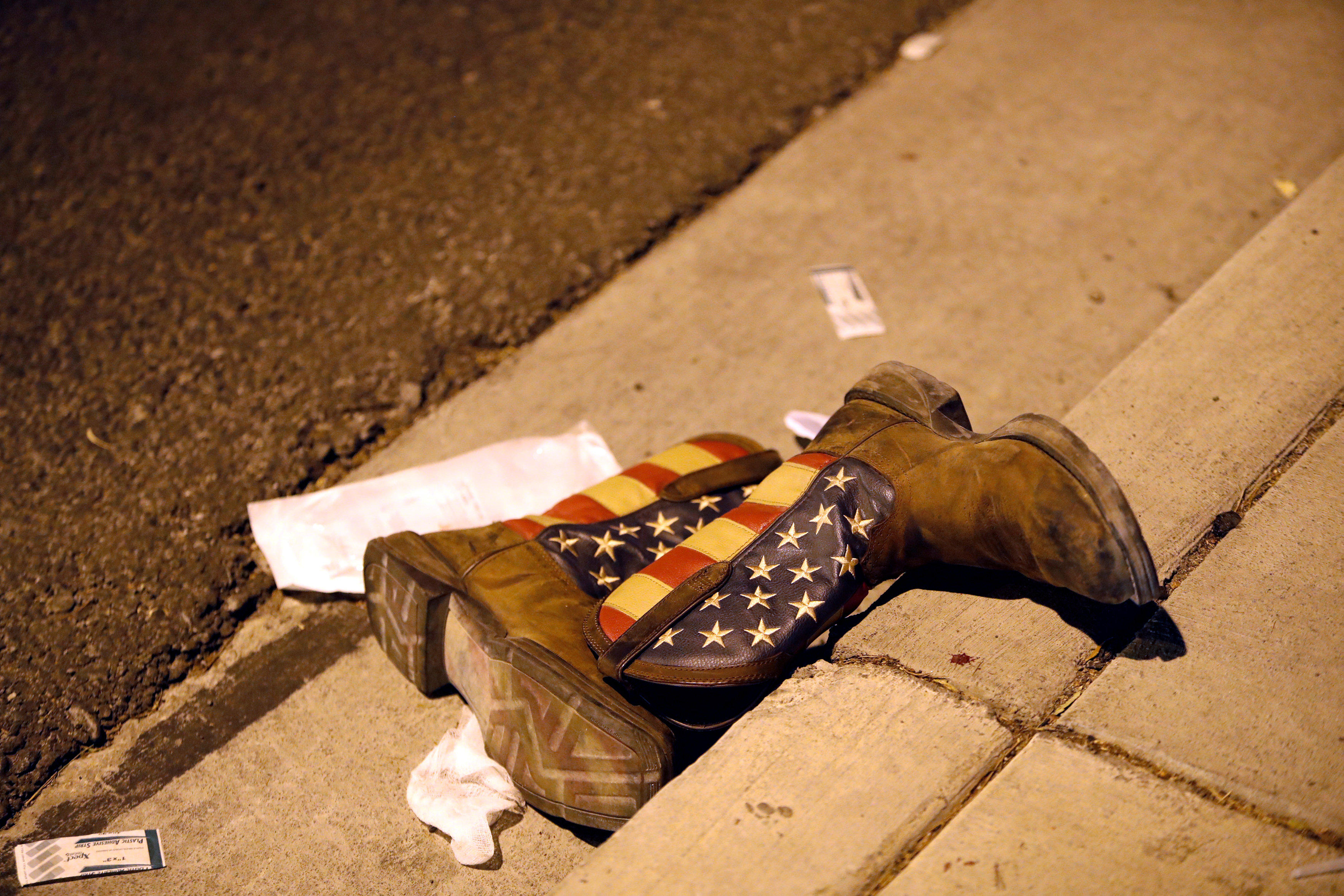 REDONDO BEACH — When Stephen Vicelja went to the Route 91 Harvest Festival with friends, he never knew the cowboy boots he was wearing would mean so much.

It was hours into the concert in Las Vegas Sunday when he said he heard the bullets.

"It's fireworks or something, we didn't' think it was real," Vicelja told CBS Los Angeles.

But then he realized he was hurt, shot in the leg.

"I'm hit, run… and I just took off and started running."

When he made it out of the venue he says he sat on a curb and a stranger took off his boots to help bandage him up.

"It was pretty amazing to see how many people were helping  all those people sitting on the curb," Vicelja said.

He's now home from the hospital limping but OK.  And on social media he saw a picture of the boots he left behind. A photo of the boots, that had stars and stripes embedded on them, was taken by the Las Vegas Sun and has gone viral.

"That's that curb I was sitting at and you can see kind of the bandages that people used to wrap me up and those are definitely my boots," Vicelja said.

He says they're a symbol that he survived. Knowing so many others didn't, including his South Torrance High classmate Christiana Duarte.

"We were all kind of praying for her and hoping she got found but we heard the worst news."

Vicelja hasn't taken off his concert wristband, still spattered with blood. He hopes to find his cowboy boots. Not good memories, but evidence of hope.

"In remembrance of all the people there and the fact that I was able to make it out alive."

Vicelja is expected to see a doctor to see if surgery is needed to get the rest of the shrapnel out of his leg.