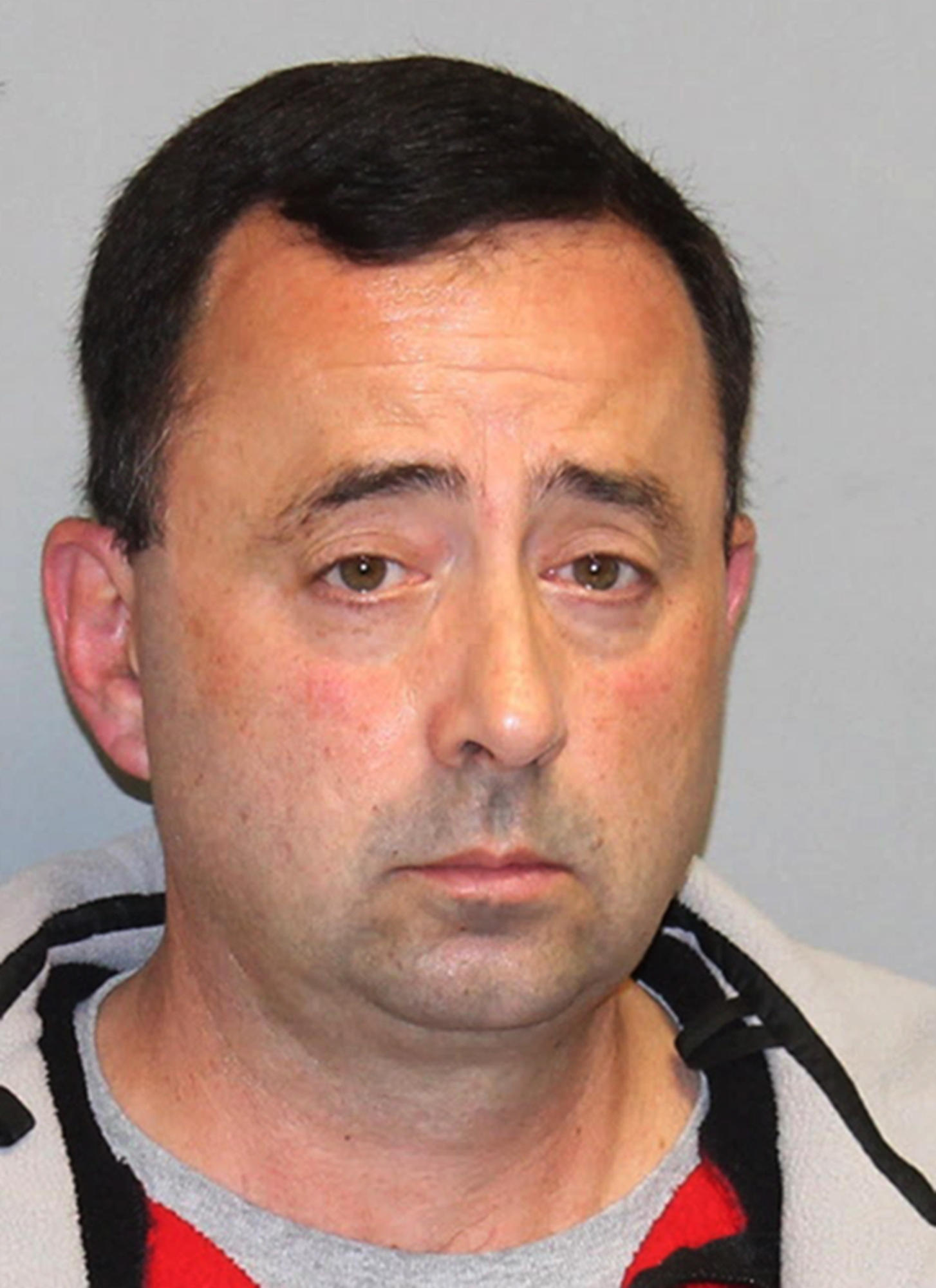 LANSING, Mich. -- A former Michigan State University doctor who specialized in treating elite U.S. gymnasts was charged Wednesday with sexually assaulting nine girls, including some who were reluctant to speak up about the alleged abuse years ago because he was considered a “god.”

Dr. Larry Nassar repeatedly assaulted the girls by sticking his fingers in their vaginas during treatments for various injuries, according to police.

Parents were asked to leave the room or Nassar used a sheet or stood in a certain position to block any view, police said. He saw injured gymnasts at Gedderts’ Twistars club in Eaton County, his Michigan State office or his home in Holt.

Nassar, 53, was charged with roughly two dozen crimes in Ingham County, the home of Michigan State, and Eaton County. Messages seeking comment were left with his lawyers. These are the first criminal charges related to his work.

Michigan State fired him last September for failing to follow restrictions that were put in place after a 2014 complaint about his treatments. Dozens of women and girls, including 2000 Olympian Jamie Dantzscher, have filed civil lawsuits against him over allegations similar to the charges filed by prosecutors Wednesday.

“He would put his fingers inside of me, move my leg around,” Dantzscher told CBS’ “60 Minutes” in an interview broadcast Sunday. “He would tell me I was going to feel a pop and that that would put my hips back and help my back pain.”

In the interview, Dantzscher told CBS News chief medical correspondent Dr. Jon LaPook that she was 13 or 14 years old when Nassar first did that to her.

In a statement to “60 Minutes” from his lawyers, Nassar has defended his treatment as legitimate. There is a rare therapy for back and hip pain where specialists massage areas inside the vagina. But for a minor, it’s expected such a procedure should involve a chaperone and use of a glove.

Dantzscher told LaPook that Nassar didn’t use a glove.

A girl identified as Victim B, now 21, said she was “sexually assaulted by Nassar ‘more times than she could count,’” Det. Sgt. Andrea Munford wrote in an affidavit.