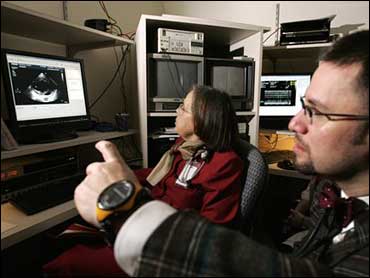 Drafted by the Lakers in 1993, Van Exel became an All-Star last season, but his career in Los Angeles was marked by turmoil.

He openly argued with coach Del Harris on the bench during the 1997 playoffs and missed the final seven games of the 1995-96 season for shoving an official in a game at Denver. He was fined $25,000 by the NBA.

"A change of scenery will be good for everyone," said Jerry West, Lakers executive vice president. "Maybe the same faces are not always good to have together. At times, he did not always look like a happy player for us."

The Nuggets, beginning a major overhaul of a team that was the worst in the NBA last season, were delighted with getting Van Exel.

"We've taken a giant step to turn this team around," Nuggets general manager Dan Issel said. "You have to love his (Van Exel's) competitiveness. He's an All-Star point guard we're going to build this team around."

Harris downplayed his differences with Van Exel during their four years together.

"We probably had three or four problems that many people repeated often enough that the average person thought there were a thousand problems, and that just was not the case," he said. "We won a lot of basketball games here the last four years. We wish him well in Denver where he always played tremendously."

Van Exel underwent surgery on his right knee during last season and his left knee is chronically sore. The deal is subject to all players passing physicals.

"Nick's knees get sore, but it doesn't prevent him from playing," West said.

The Nuggets made Lue, a guard from Nebraska, the 23rd pick in the first round of Wednesday's draft. He left the Cornhuskers after his junior season in which he averaged 21.2 points and 4.3 rebounds.

West said the Lakers wanted to draft Lue with their 26th pick in the first round, but Denver got him first.

"His style will be perfect for us. Lue is one of the best point guard prospects in the draft," West said.

Battie was the fifth choice overall in the 1997 draft out of Texas Tech, but he was labeled a bust by some critics after his rookie season.

"He's a great shotblocker and he can shoot the ball better than people think," West said.