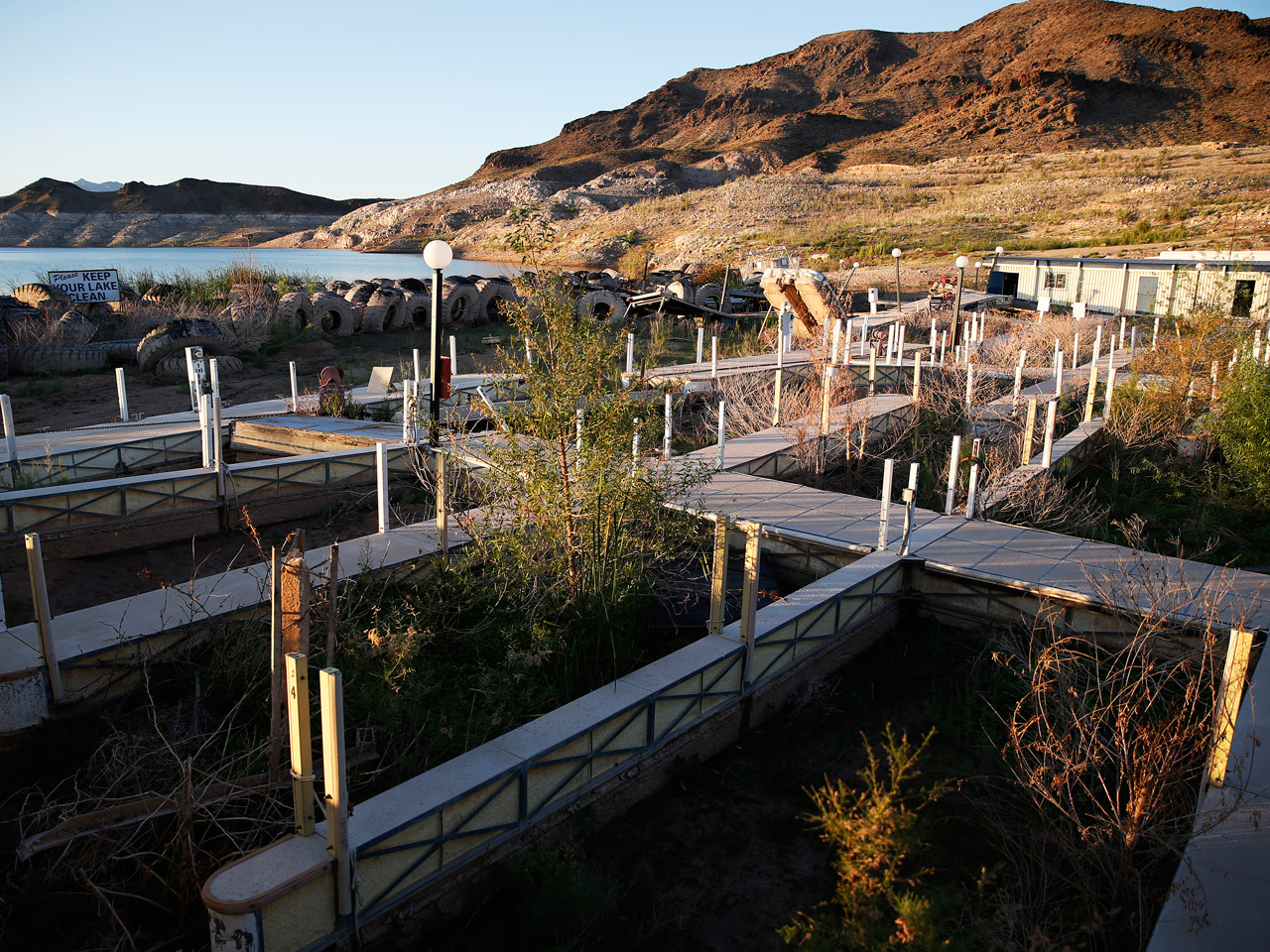 LAS VEGAS - The surface level at Lake Mead has dropped as planned to historic low levels, and federal water managers said Thursday the vast Colorado River reservoir is expected to continue to shrink amid ongoing drought.

The closely controlled and measured lake shrunk Wednesday to its lowest point since Hoover Dam was completed in 1936 - with a surface level of 1,074.68 feet above sea level.

The U.S. Bureau of Reclamation plans to let it drop another few feet by the end of next month. Then, it will be refilled enough by the end of the year to pass a crucial water-level mark to avoid cuts in water deliveries to residents, farms, tribes and businesses in Arizona, Nevada and California.

"We have passed the historic low of June 25, 2015," said Rose Davis, a spokeswoman for the reclamation bureau, "and we expect the lake to continue to drop to levels near 1,070 feet by the end of June. However, they are expected to be back by Dec. 31 above the levels that would trigger a shortage declaration in 2017."

The lake is about 37 percent full, Davis said. It's surrounded by a distinctive white mineral "bathtub ring" showing the 130 feet in surface level it has lost since 2000. It was last at full capacity in 1983.

Las Vegas and its 2 million residents and 40 million tourists a year get almost all their drinking water from Lake Mead.

Officials in Nevada, Arizona and California are working on a deal to keep water in the lake by giving up some of their Colorado River water.

The river serves about 40 million residents in seven Southwest states. Two key points are lakes Powell and Mead, the largest reservoir in the system.

Lake Mead's high-water capacity is 1,225 feet above sea level. It reaches so-called "dead pool" at just under 900 feet, meaning nothing would flow downstream from Hoover Dam.