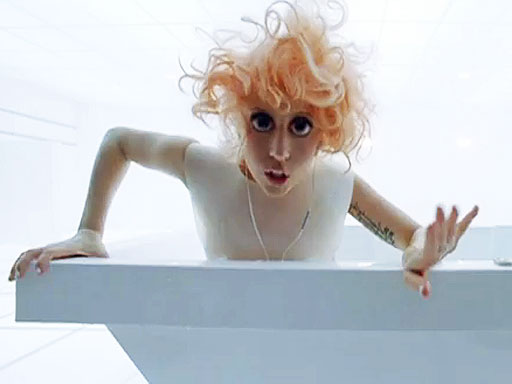 NEW YORK (CBS) Lady Gaga may have writhed around in a red leather nun's habit for her "Alejandro" video, but that didn't stop some French nuns from signing with the same label as the pop star.

An order of Benedictine nuns, cut off from the outside world, has signed a major record deal with the company behind the "Poker Face" singer.

According to London's Daily Telegraph, the enclosed order who live in a convent near Avignon, France, won a global search which took in more than 70 convents throughout the world. They have now inked a deal with Decca Records part of Universal Music which counts Lady Gaga, U2 and Amy Winehouse among its acts.

Since the nuns are secluded, the recording of all tracks and the shooting of the album cover will take place inside the convent . That means they haven't exactly laid their eyes on the salacious of Gaga's religion fueled "Alejandro" musical clip nor have they likely heard of their new label mate.

The ancient order, dating back to the 6th Century, follows a tradition of leading a hidden life behind closed doors. Once they have taken their vows, the sisters remain cut off from the outside world until their deaths.

The Reverend Mother Abbess said: "We never sought this, it came looking for us."

London-based Decca launched its search earlier this year. The sisters - who sing their chants eight times a day - will release the album "Voice: Chant From Avignon" in November.

The label is hoping to repeat the success of the Cistercian Monks of Stift Heiligenkreuz whose 2008 album "Chant: Music For Paradise" sold more than one million copies.

Don't look for the order to join Gaga onstage for any upcoming tour dates.