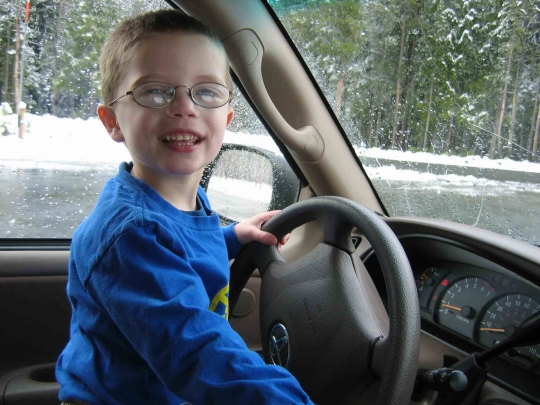 PORTLAND, Ore. (CBS/KOIN/AP) A woman who spoke with Kyron Horman's stepmother the day the 7-year-old disappeared shared her story with the Multnomah County grand jury last week, calling part of the encounter "odd."

That same day, between 9:30 and 10 a.m., Andrea Leckey ran into his stepmother, Terri Horman, at a Fred Meyer Department store in Beaverton, west of Portland. Lecky said it was the longest encounter they ever had.

During the conversation, Leckey said Terri mentioned just coming from the science fair at Skyline School, even showing her a picture of Kyron.

"The only thing that I think was significant about that time is that she showed me a picture of Kyron next to his project," said Leckey according to CBS affiliate KOIN. "I think the thing that seems odd about it perhaps is that we were just passing each other by and in a few seconds, with her daughter being sick in her arms, made a point to show me the picture."

Leckey formerly worked as a manager at Terri Horman's gym where they spoke to each other frequently, but always briefly.

At the time of their Fred Meyer encounter, Leckey said she was being polite and making chit-chat because she knew Horman's daughter was not feeling well.

"Did she seem different? Did she seem out of the ordinary? I can't say that she seemed any different to me than any other day," said Leckey.

Only six or seven hours after the meeting in the store, Kyron was initially reported missing to police.

Authorities at a news conference Wednesday asked for the public's help in tracing Terri Horman's truck and determining who was in or around the vehicle.

Over the weekend authorities distributed a flyer to residents who live near Skyline asking for information about the stepmother and one of her friends, and their whereabouts on the day Kyron disappeared.

Terri Horman has not been named a suspect in the case.

Multnomah County Sheriff's spokesman Jason Gates refuses to offer any details about the direction of the investigation.