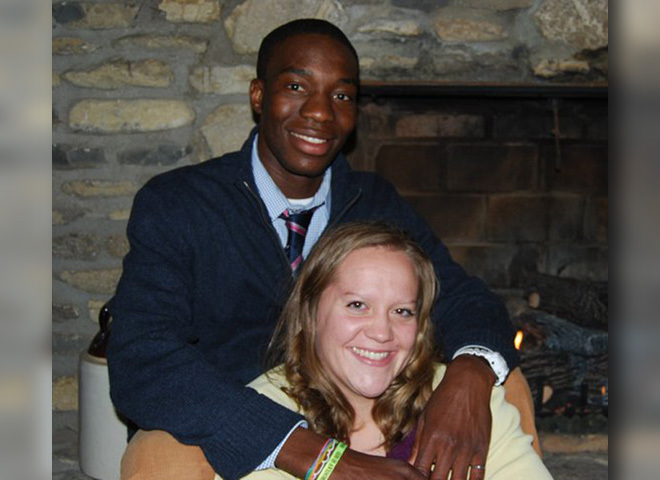 PIKEVILLE, Ky. - A Baptist congregation's vote to ban interracial couples from membership has been declared null and void by a church conference.

Members of the Gulnare Free Will Baptist Church in Pike County had voted to ban interracial couples after Stella Harville came to services with her fiance, Ticha Chikuni, who is from Zimbabwe. The two met at Georgetown College.

About one-third of the church's members voted last week, 9-6, to ban membership to interracial couples.

CBS Affiliate WYMT obtained a copy of the resolution, which states that "the Gulnare Free Will Baptist Church does not condone interracial marriage. Parties of such marriages will not be received as members, nor will they be used in worship services and other church functions, with the exception being funerals. All are welcome to our public worship services. This recommendation is not intended to judge the salvation of anyone, but is intended to promote greater unity among the church body and the community we serve."

Harville told WYMT correspondent Angela Sparkman, "It's just a travesty, especially of Christianity, that this church feels this way. They've crossed the line in revoking my fiance and mine's right to worship in a public place. It hurts even more that I have attended this church ever since I was a baby."

Chikuni is originally from Zimbabwe but has lived in the United States for 11 years. "He just has one of the kindest hearts for God, and then this is happening," said Harville. "People who have backwards way of thinking, they should know that their racism actions should not and will not be tolerated."

Pastor Stacy Stepp - who said he opposed the policy - asked for help from the Sandy Valley Conference of Free Will Baptists, comprised of more than a dozen member churches.

WYMT reports that the Conference met on Saturday and declared the interracial ban was invalid.

"No motion is in order that conflicts with the laws of the nation or state or with the assembly's constitution of by-laws. And if such motion is adopted, even by a unanimous vote, it is null and void," said Jim Patton, the pastor at Pikeville Freewill Baptist Church and a member of the Sandy Valley Conference.

"We believe that everyone is welcome in the house of God, and we are not a racist group of people," said Bobby Mullins, pastor at Martin County Free Will Baptist Church, told WYMT correspondent Jerrika Insco.

"I don't believe it's right. People should be able to worship. I don't care what color their skin is," one Bowling Fork churchgoer told WYMT.

The Harville family said they have no hard feelings.

"My daughter is doing good on this," said Dean Harville, father of Stella Harville, and a member of Gulnare Free Will Baptist Church.

"She's moving forward. It's time to get it behind us. She's doing okay,"

The Harvilles say they are ready for their church to get back to normal, allowing all people of all races to attend.