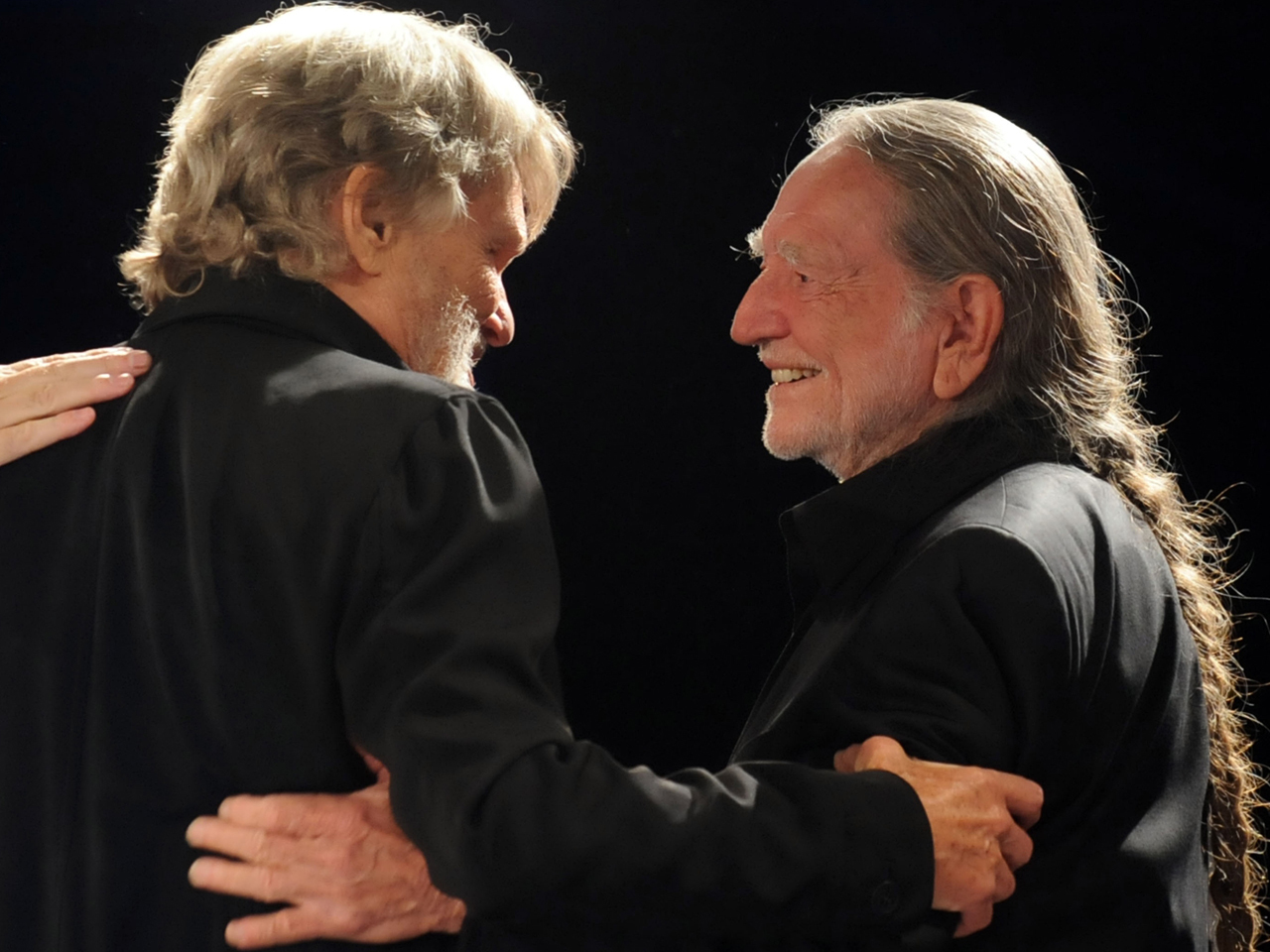 Willie Nelson and Kris Kristofferson don't get together as much as they'd like. When they do, something amazing usually happens.

"I really thought I was there giving you an award," Nelson joked with Kristofferson afterward during an interview on Nelson's bus. "I had a great speech. Next time."

The pair teamed on hits like "Crazy" and "Sunday Mornin' Comin' Down" as Jamey Johnson looked on from a corner and producer Fred Foster watched from a stage-side table during an invitation-only gathering at the venue known as a songwriter's showcase.

The 76-year-old Kristofferson joked he was embarrassed the NSAI named the award after him. He's a founding member of the songwriter's organization and like the 79-year-old Nelson a member of its hall of fame.

"If I had seen what's happening right now before right now I would've thought I was dreaming because when I came to Nashville, Nashville was the most exciting place for a creative artist to be," Kristofferson told the crowd. "And the people I hung around with were serious songwriters who were totally unselfish, and their hero and my hero was a guy that nobody else knew. It was Willie Nelson. He's unlike anybody else."