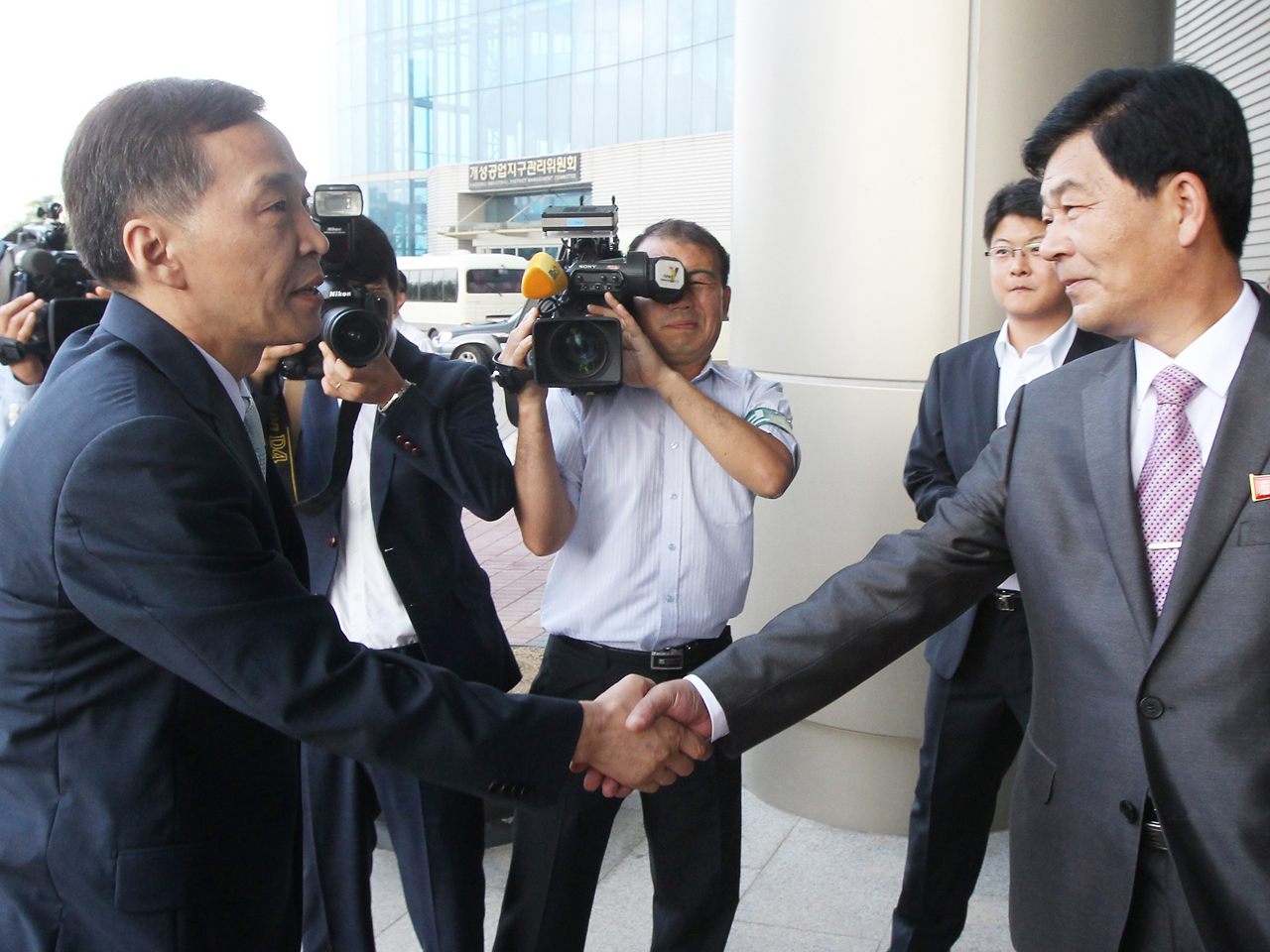 SEOUL, South Korea North Korea on Sunday accepted a South Korean offer for talks on reuniting families separated by war, but proposed separate talks on resuming lucrative tours to a scenic North Korean mountain in an apparent effort to link the two discussions.

Last week, the two Koreas agreed to work toward a resumption of a jointly run factory park in North Korea, raising hopes for improved ties between the rivals. Seoul subsequently proposed Red Cross talks Friday on restarting the reunions.

On Sunday, an unidentified spokesman at Pyongyang's Committee for the Peaceful Reunification of Korea said the North had agreed on the Red Cross talks. He proposed meeting at the country's scenic Diamond Mountain, not at the southern side of the border village of Panmunjom as South Korea requested.

The spokesman said via state media that North Korea also wants another set of talks Thursday on tours of Diamond Mountain, a day ahead of the proposed Red Cross meeting.

South Korea suspended tours to Diamond Mountain after a South Korean woman was shot dead by a North Korean border guard there in 2008. The project had provided a legitimate source of hard currency to North Korea before its suspension.

"The North Korean intention is obvious. It is saying it wants to exchange the resumption of the Diamond Mountain tours with the family reunions," said Lim Eul Chul, a professor at South Korea's Kyungnam University.

South Korea's Unification Ministry said later Sunday that it "positively" views North Korea's decision to agree on the Red Cross talks but still wants them held at Panmunjom as it initially proposed.

A ministry statement said it will review North Korea's offer for talks on the mountain tours.

Family reunions were a major inter-Korean cooperation program formulated under a previous era of detente on the divided Korean Peninsula. About 22,000 North and South Koreans had brief family reunions before the program stopped in 2010 due to increased tensions between the countries. The reunions are emotional for Koreans, as most participants are elderly and are eager to see loved ones before they die.

Wednesday's agreement by the two Koreas to push to restart the jointly run Kaesong industrial park could signal a thawing in ties between the rivals. But there's also skepticism in South Korea about the North's intentions. North Korea threatened Seoul and Washington with nuclear war this spring, and analysts say the North often follows provocations and threats with a charm offensive meant to win aid.