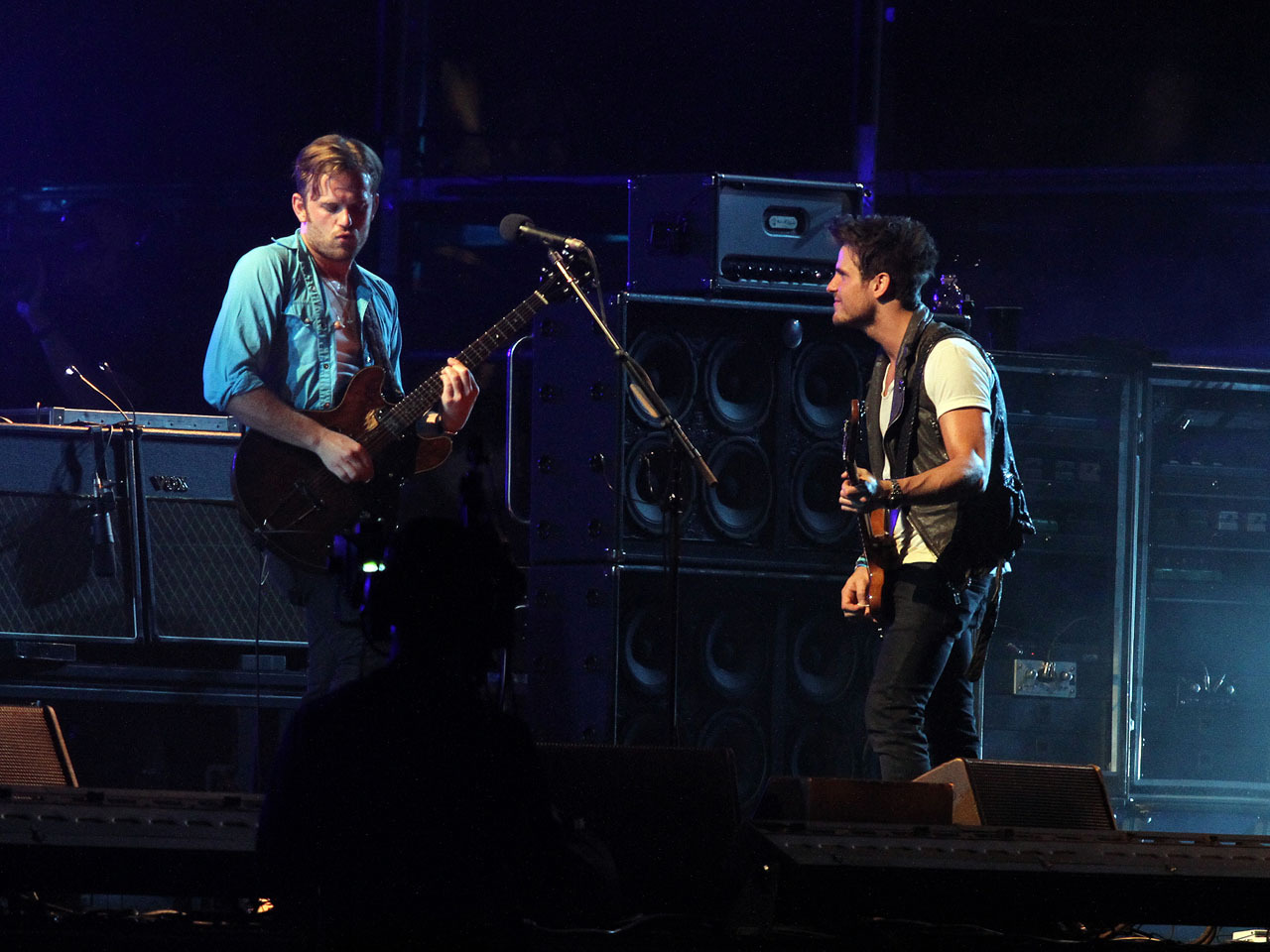 (CBS) There are no more hard feelings between 'Glee' creator Ryan Murphy and the members of Kings of Leon.

Murphy apologized after he had a select choice of words for the band when they opted not to have their songs licensed to be performed on the hit musical television show.

"I'll just be glad when I can check my Google alerts and don't have to read anything about us and 'Glee'" drummer Nathan Followhill added. "That'll be a wonderful feeling."

According to Billboard, Kings of Leon aren't the only band to have withheld songs from the show. Foo Fighters and Slash have also turned down musical requests.

Despite the tension with Murphy, it didn't stop the band from enjoying a weekend at Coachella, where  it performed in front of thousands. It was the band's second time performing at the three-day festival but first time headlining. "It's always good to play the festival on the first night," said Nathan Followhill. "Because the kids haven't had 72 hours of sun beating the s--- out of them.

"The last time we played here [in 2007] was the only gig that I ever played without a shirt on," Caleb said, "And it wasn't because I thought I was sexy, it was just so hot! It's cool to be able to get up there on the big stage while the sun's down."

Other performances at Coachella included Kanye West, The Black Keys and Arcade Fire.