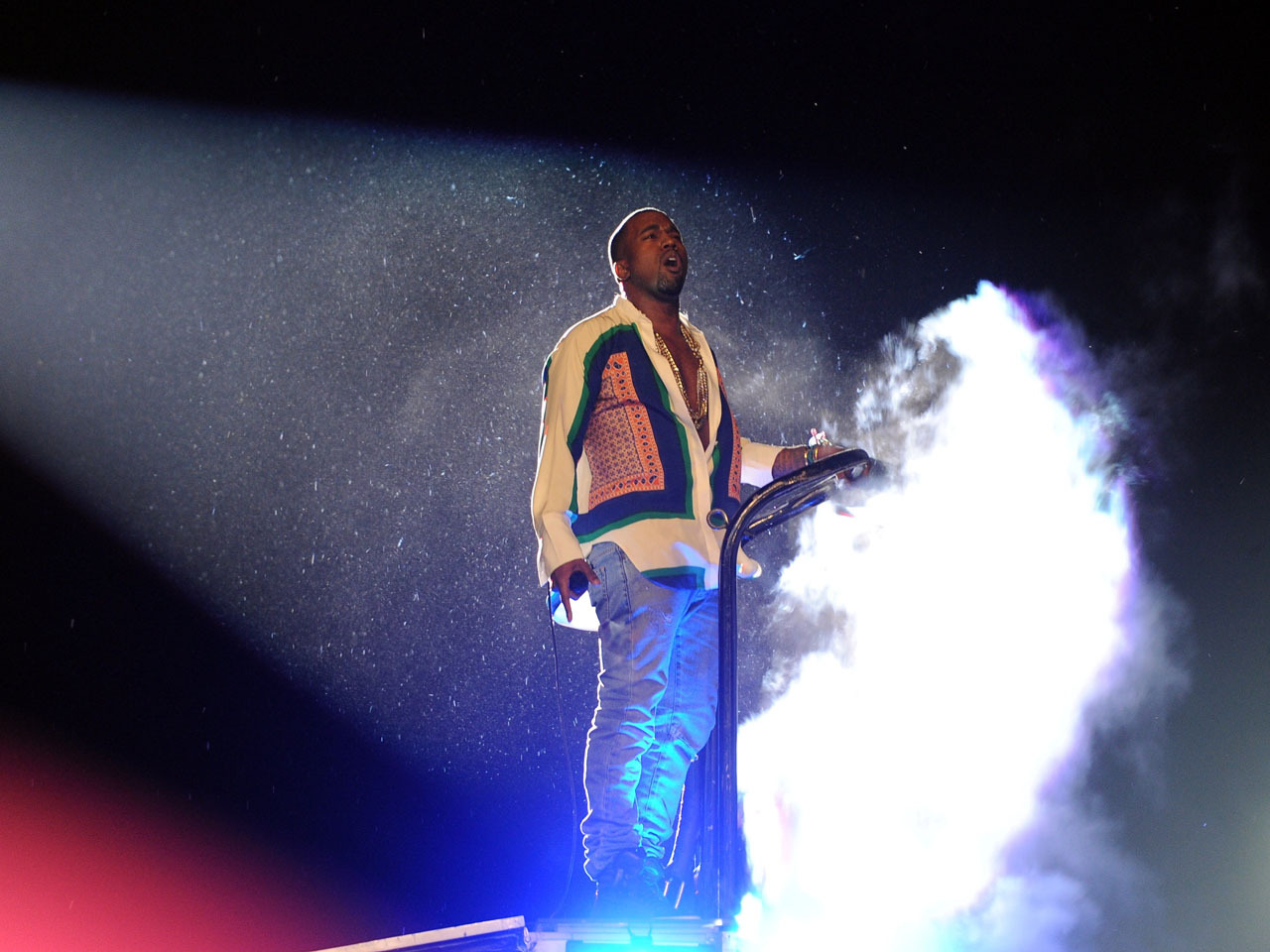 West's set list included "Power" and "Gold Digger" and ended with a dedication to his mother, who died in 2007, a performance of "Hey Mama."

The music festival was lot younger this year, reports the Los Angeles Times, with performances from bands and solo artists that have grown up since the turn of the century, including Arcade Fire, the Black Keys, Mumford & Sons, The National and West.

Paul McCartney turned up, but not as a performer. He caught Afrojack's set alongside Usher.

The Coachella Festival was webcast via YouTube this year. Which act was your favorite? Let us know in the comments.