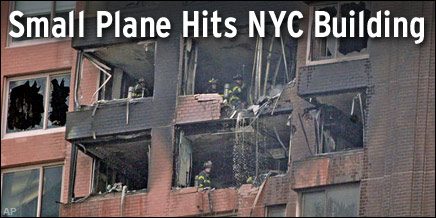 A lethal injection has ended the life of Thomas Provenzano, executed at the state prison in Starke a day after a previous execution attempt ended at almost the last minute, due to a stay by the U.S. Court of Appeals.

On Tuesday, the 51-year-old killer who said he was Jesus Christ was hooked up to the lethal injection apparatus, with needles in his arm, and was moments away from death when word of the last minute court order came in.

But the three-judge panel of the U.S. Court of Appeals lifted its stay of execution Wednesday morning, without commenting on its reasons for either imposing or ending the stay.

The execution was delayed again Wednesday while the state Supreme Court reviewed a stay request received at 6 p.m., a half hour before Provenzano was scheduled to die.

Provenzano's lawyer said his client's mental condition had deteriorated and asked for time to have him examined by psychiatrists. The Supreme Court told Bush at 6:44 p.m. that it denied the request. The execution began eight minutes later.

The Court's ruling came despite the convicted murderer having claimed to be Jesus Christ, and his sister's desperate pleas to have his life spared on the grounds that he suffers from delusions.

"As you know, Thomas is severely mentally ill," Forbes wrote. "He believes he is Jesus Christ and that he is going to be executed because people hate Jesus."

Bush responded that he found no reason to alter the sentence.

Provenzano was convicted of the murder of William "Arnie" Wilkerson, one of three bailiffs shot when the unemployed electrician opened fire.

One of the wounded bailiffs, Harry Dalton, was paralyzed and has since died. The third bailiff, Mark Parker, was also paralyzed and was in favor of the execution.

Provenzano had come to the courthouse muttering threats against two police officers who had charged him with disorderly conduct five months earlier. He opened fire on the court officers when, alarmed by the threatening comments, they approached and tried to search him.

A trial judge concluded in December that Provenzano believed he face execution because he is Jesus. But the judge ruled that was not a strong enough reason to spare him, because Provenzano also knew he had killed Wilkerson.

Under Florida law, condemned killers can be executed even if they are mentally ill unless they don't understand they are about to be executed and why.

In addition, Provenzano's lawyers unsuccessfully sought a delay pending an investigation into Florida's last execution two weeks ago. Before he died, Bennie Demps claimed prison staff took too long to prepare him for the lethal injection and "butchered" him by cutting his groin and leg while looking for a vein to insert an intravenous tube.

Florida has executed three other inmates this year, all by injection. It switched to lethal injection in January to stave off a U.S. Supreme Court review of whether the electric chair was cruel and unusual punishment. In previous executions in the electric chair, an inmate bled from the nose and another had flames shoot from his mask.