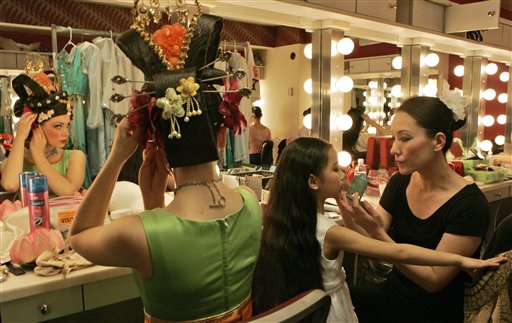 A former veterans hospital nurse who killed four of her patients with injections of poison should spend the rest of her life in prison, a federal jury decided Monday.

Kristen Gilbert, a 33-year-old mother of two, could have faced death by lethal injection and would have become the only woman on federal death row.

Her father and grandmothers pleaded with jurors to let her live, saying a death sentence would be devastating to them and Gilbert's two sons.

But Assistant U.S. Attorney William Welch called Gilbert a "shell of a human being" who deserved to die for the cold and calculating way she murdered her victims, injecting them with overdoses of the heart stimulant epinephrine, which made their hearts race out of control.

Defense attorneys said a life term in prison was a punishment harsh enough for a young woman convicted on evidence they said was nothing more than circumstantial.

"It is easier to incite good and decent people to kill when their target is not human but a demon," defense attorney Paul Weinberg said. "Kristen Gilbert is not a monster, she is a human being."

Gilbert also was convicted of trying to kill two other veterans in her care.

Relatives of the victims were split on the death penalty.

The death penalty was outlawed in Massachusetts, but Gilbert was eligible for the death penalty under federal laws because her crimes took place on federal property, the Veterans Affairs Medical Center in Northampton.

Jurors deliberated the penalty question for about six hours on Friday and Monday.

In the past century, only two women have been executed by the federal government.

Gilbert's trial marked only the third time a federal capital murder case has gone to trial in a state that didn't have the death penalty. And neither of the two other cases ended in a sentence of death.

Thomas Pitera was convicted in New York City in 1992 of seven mob-connected murders, three years before New York reinstated the death penalty. The federal jury decided to sentence him to life without parole.

The other case was in 1995 in Michigan, where Stacey Culbert was accused of killing two men while serving as an enforcer in a drug ring. Culbert pleaded guilty during jury selection after prosecutors agreed to waive the death penalty.