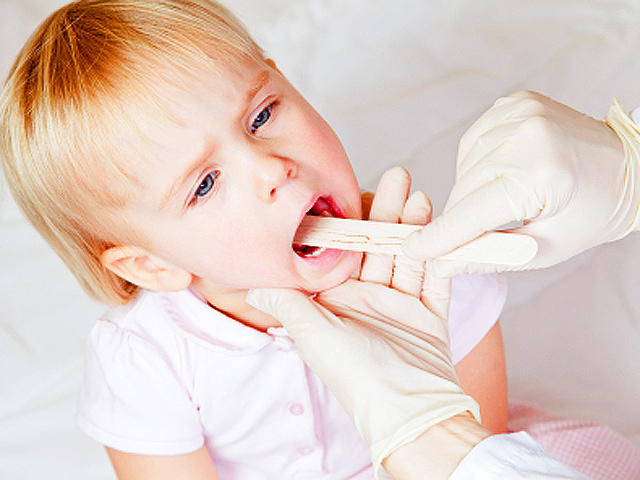 (CBS) After getting their tonsils removed, kids are often soothed with endless ice cream. But a new study suggests that tonsillectomy can have an aftermath that's not so sweet - increased risk for heart disease.

The study - published in the June 1 edition of "European Health Journal" - showed that children who underwent tonsillectomy before before age 20 were a whopping 44 percent more likely to have a heart attack.

And tonsillectomy wasn't the only minor surgical procedure linked to heart trouble. The study also showed that appendectomy at a young age increased the risk for heart attack by 33 percent.

Using Swedish health records for births occurring between 1955 and 1970, researchers identified  more than 50,000 people who underwent tonsillectomy before age 20 and 27,000 people who underwent tonsillectomy before age 20. These individuals were compared to healthy "controls" who had neither procedure - revealing the dramatic difference in cardiovascular risk between the surgical and nonsurgical groups.

What might explain people who lose their tonsils or appendix might find themselves facing a heart attack? Although both both of the "lymphoid" organs traditionally have been considered vestigial and without function, the researchers say both are crucial for proper immune function. Their removal disrupts the body's immune response, possible raising the risk for heart-damaging inflammation.

"Given the strong biological and epidemiological evidence linking inflammation with coronary heart disease, one might anticipate that surgical removal of the tonsils and appendix, with their consequent effects on immunity, might also have a long-term effect on coronary heart disease," Dr. Imre Janszky, professor of public health science at Karolinska Institute in Stockholm, said in a written statement.

In light of the study's findings, should parents fight to keep their kids off the operating table?

The authors said there's no need for panic, because the overall risk of having a heart attack is low even among those who have undergone tonsillectomy or appendectomy during childhood. But the authors hope their findings can lead to more studies that determine the immune system's relationship with heart disease.

In the U.S., tonsillectomy and appendectomy have been on the decline since the 1970s. Today about 530,000 tonsillectomies are performed each year, along with about 75,000 appendectomies. Back in the day, 90 percent of tonsillectomies were done to treat persistent throat infections, but now only about 20 percent are done for infections, with the rest being done mostly to treat obstructive sleep apnea, a condition in which the throat closes at night, interfering with breathing.

Then who should get these procedures?

Patients who have frequent tonsilitis and don't respond to antibiotics are surgical candidates, in addition to people  that  have a breathing obstruction, or a rare disease like tonsil cancer.  Appendectomies should be performed after a doctor reviews the patient's appendicitis symptoms, and conducts tests to see if there's potential for rupture or future infection.

The Mayo Clinic has more on tonsillectomy and appendectomy.