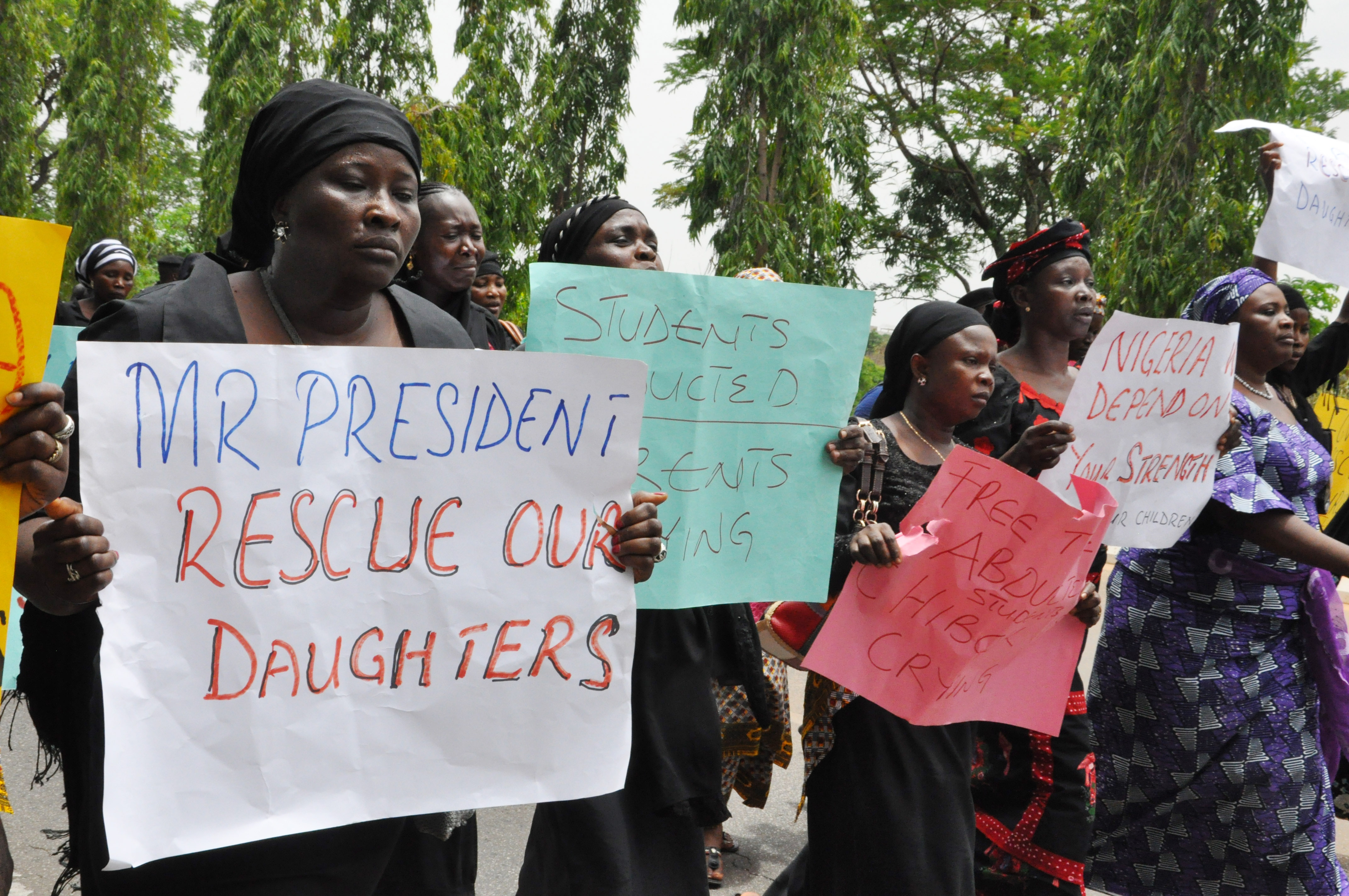 LAGOS, Nigeria -- Scores of girls and young women kidnapped from a school in Nigeria are being forced to marry their Islamic extremist abductors, a civil society group reported Wednesday.

Parents say the girls are being sold into marriage to Boko Haram militants for 2,000 naira ($12), Halite Aliyu of the Borno-Yobe People's Forum told The Associated Press. She said the parents' information is coming from villagers in the Sambisa Forest, on Nigeria's border with Cameroon, where Boko Haram is known to have hideouts.

"The latest reports are that they have been taken across the borders, some to Cameroon and Chad," Aliyu said. It was not possible to immediately verify the reports.

The Nigerian government needs to get international help to rescue the more than 200 missing girls kidnapped in the northeast by the Boko Haram terrorist network two weeks ago, said a federal senator for the area in northeastern Nigeria. The government must do "whatever it takes, even seeking external support to make sure these girls are released," Sen. Ali Ndume said. "The longer it takes the dimmer the chances of finding them, the longer it takes the more traumatized the family and the abducted girls are."

About 50 of the kidnapped girls managed to escape from the captors in the first days after their abduction, but some 220 remain missing, according to the principal of the Chibok Girls Secondary School, Asabe Kwambura. They are between 16 and 18 years old and had been recalled to the school to write a physics exam.

The mass kidnapping came hours after a massive explosion in Abuja, the capital in the center of the country, killed at least 75 people and wounded 141.

The failure to rescue the girls is a massive embarrassment to Nigeria's government and the military, already confronted by mounting criticism over its apparent inability to curb the 5-year-old Islamic uprising despite having draconian powers through an 11-month state of emergency in three northeastern states covering one-sixth of the country.

The military trumpets a success in its "onslaught on terrorists" but then the extremists step up the tempo and deadliness of their attacks. More than 1,500 people have been killed in the insurgency so far this year, compared to an estimated 3,600 between 2010 and 2013.

Jonathan, who is from the predominantly Christian south of Nigeria, has been accused of insensitivity to the plight of people in the north, who are mainly Muslims.

The military's failure to rescue the girls also highlights that large parts of northeastern Nigeria remain beyond the control of the government. Until the kidnappings, the air force had been mounting near-daily bombing raids since mid-January on the Sambisa Forest and mountain caves bordering Chad.

Aliyu said that in northeastern Nigeria "life has become nasty, short and brutish. We are living in a state of anarchy."

She said she will be among women marching in Abuja on Wednesday to protest the failure to rescue the kidnapped girls.