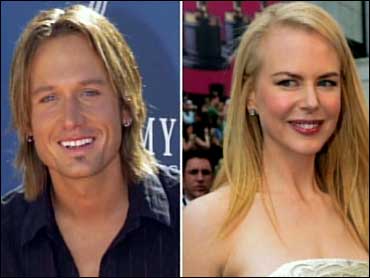 Country superstar Keith Urban and his actress wife, Nicole Kidman, are staying in Music City. The Tennessean reports the superstar couple has found land for a farm in the Nashville area and put their home up for sale.

Urban is reportedly asking $2.45 million for the Tennessee home he bought in 2005.

Kidman tells Vanity Fair that they wanted to buy property so they can have horses and lots of space.

Urban is going to be performing at the 41st Annual Country Music Association Awards show in Nashville. He's nominated for Entertainer of the Year. He won Male Vocalist of the Year in 2006. The awards show airs Nov. 7 on ABC.