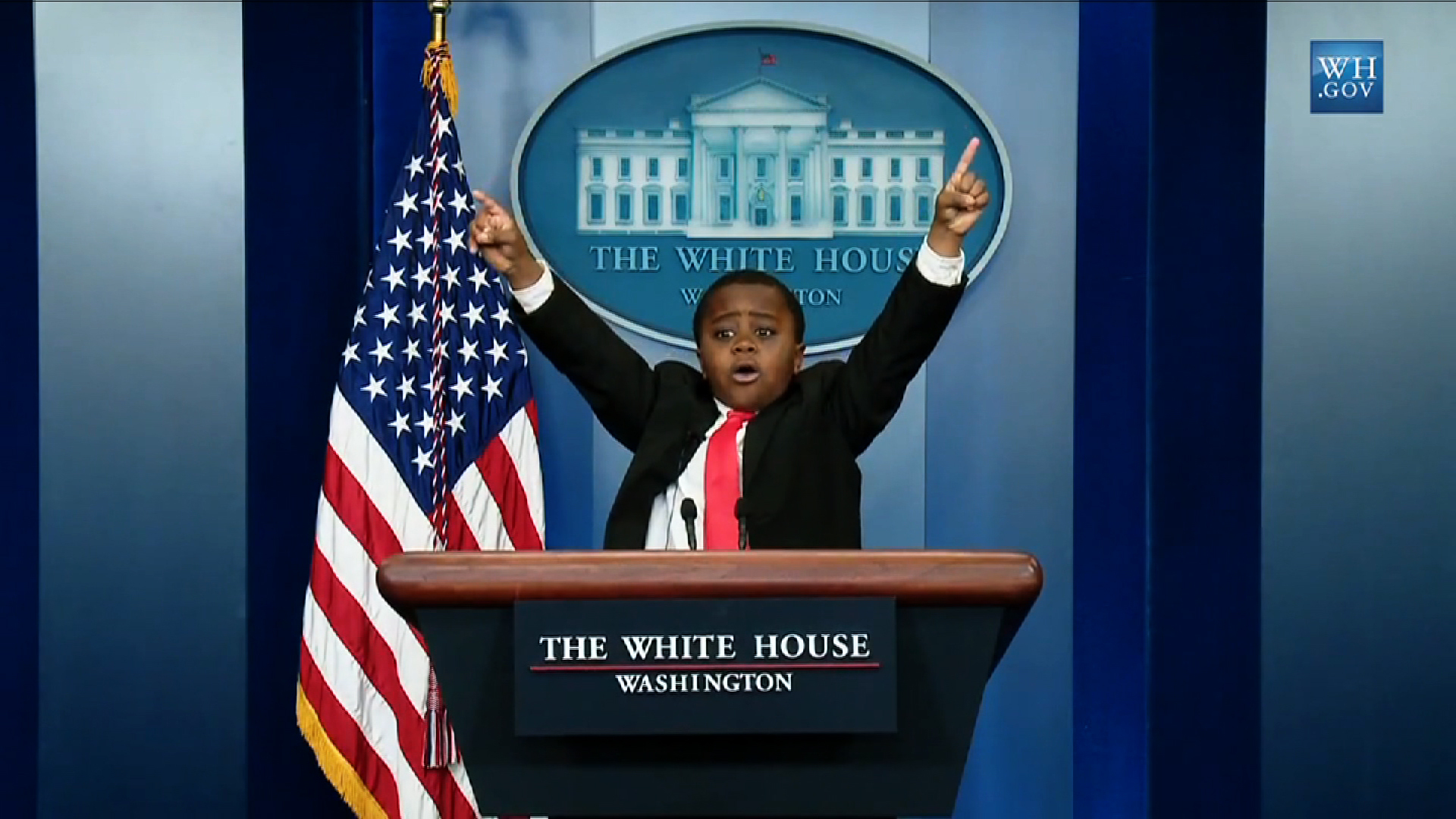 WASHINGTON The White House, busy with its annual Easter Egg Roll, also managed to pull off an April Fools' prank.

The White House Twitter account announced earlier Monday to be on the lookout for a "special video message from the president."

Instead, viewers got a surprise visitor to the press briefing room.

The piece began with a shot of the familiar lectern regularly used by press secretary Jay Carney. It was empty as the presidential entrance march played. Then a small head peeked over the edge of the stand.

Indeed. It was Robbie Novak, who plays "Kid President" in a series of popular YouTube videos. "April Fools on all of you all," he said.