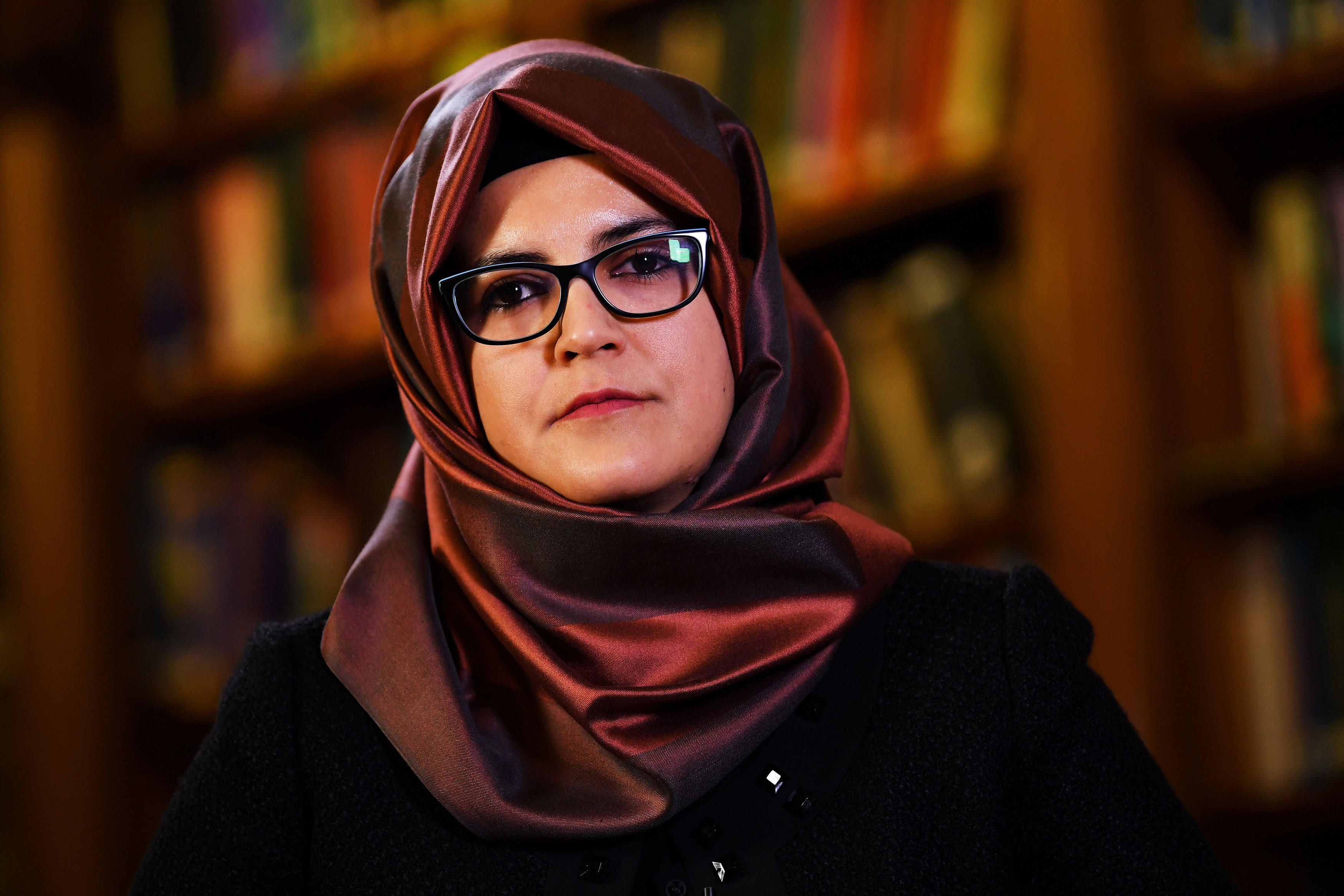 ISTANBUL -- The Turkish fiancee of Jamal Khashoggi called on U.S. President Donald Trump and other leaders late Monday to ensure that the journalist's killing at the Saudi Consulate in Istanbul was not covered up.

Speaking at a memorial in London, Hatice Cengiz expressed disappointment in the "leadership of many countries." Singling out Mr. Trump, she urged him to "help reveal the truth and ensure justice be served."

"He should not pave the way for a cover-up of my fiance's murder. Let's not let money taint our conscience and compromise our values," she said.

Cengiz also told the memorial that she wishes she had entered the consulate instead of her fiance.

She said in reference to an alleged Saudi hit squad sent to kill the Washington Post Journalist: "If only I knew that would be the last time I would see my Jamal, his smile, hear his laughter, I would have stood in front of that murderous team myself."

Saudi Arabia's top prosecutor, Saud al-Mojeb, arrived at Istanbul's main courthouse Tuesday for more talks with Istanbul's chief public prosecutor, Irfan Fidan, Turkey's state-run Anadolu Agency reported. The two had met for just over an hour on Monday as part of an agreement between Riyadh and Ankara for cooperation over the investigation.

Al-Mojeb also visited the Saudi consulate where Khashoggi went missing, Al Jazeera reported. Turkey reportedly denied al-Mojeb's request to have the full results of its investigations turned over, asking instead for Saudi help in locating Khashoggi's body, which has still not been found. Al-Mojeb reportedly denied that the Saudis know where the body is, but did share statements made by the 18 suspects detained in Saudi Arabia.

Turkey is seeking the extradition of the 18 suspects. Saudi Foreign Minister Adel al-Jubeir has said the kingdom will try the perpetrators and bring them to justice after the investigation is completed.

Turkish President Recep Tayyip Erdogan on Tuesday called on the Saudi prosecutor to say who sent the team to kill Khashoggi.

"No need to prevaricate," Erdogan told reporters in Ankara. "It makes no sense to try to save certain people."

Under mounting international pressure, Saudi Arabia has changed its narrative about Khashoggi's death several times. It recently acknowledged that Turkish evidence shows the killing was premeditated.

"Until Saudi Arabia officially announced his death, I never gave up hope that he was alive," Cengiz told BBC Arabic on Monday.

"But that day, I was killed over and over again. At least he had someone he loved at the end of his life," she said. "Maybe that crossed his mind in his last minutes. I find consolation in that."