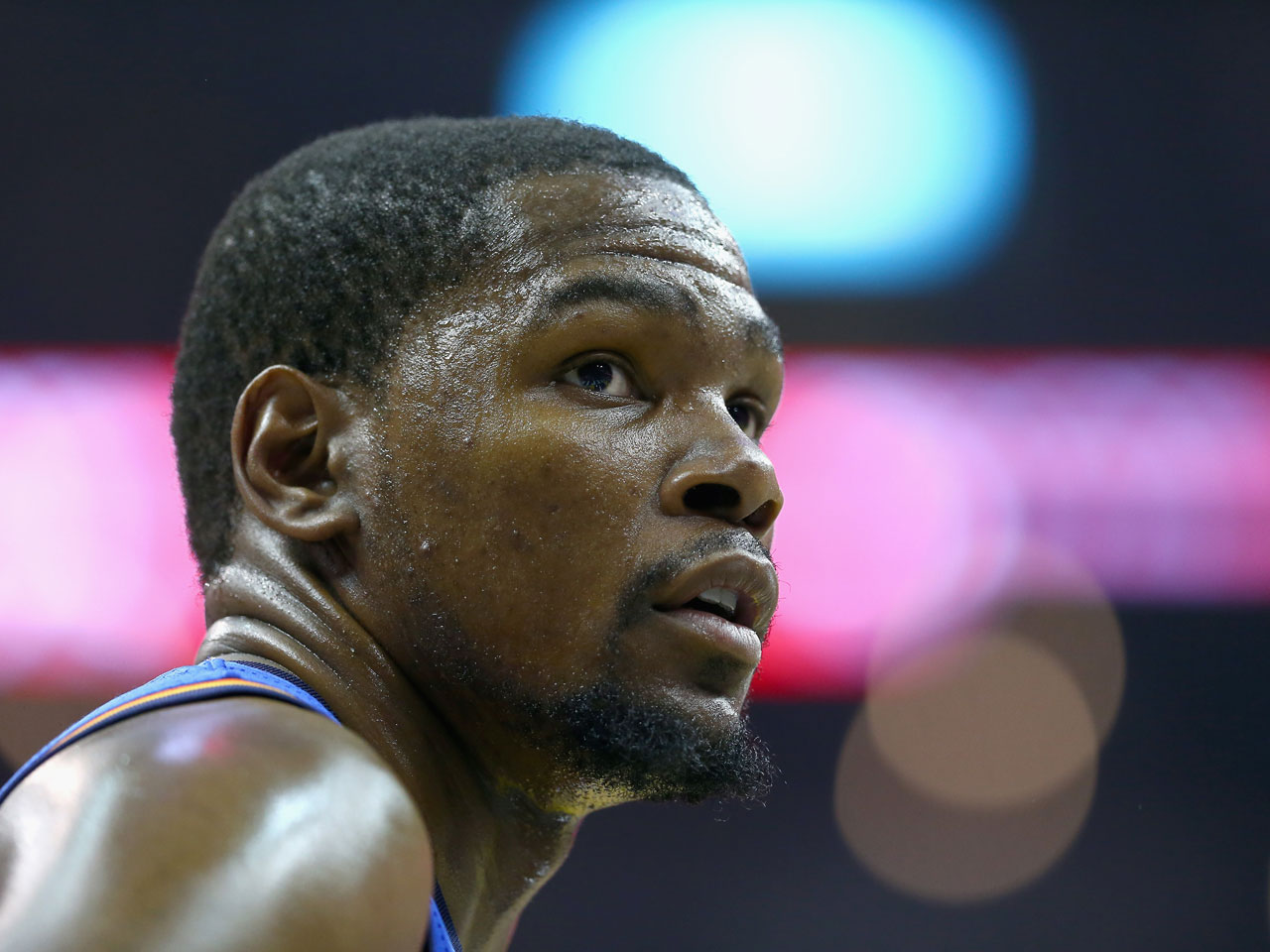 The Golden State Warriors fell one game short of winning the NBA title to cap their record-setting season, and now they're adding the biggest name in free agency to get them over the hump for next year.

Kevin Durant announced in a post on The Player's Tribune that he is signing with the Warriors this off season, spurning the franchise that drafted him nine years ago, and for which he won an MVP award in 2014, as well as four scoring titles.

"This is obviously a move of historic proportions. The best regular-season team of all-time just got significantly better, and an Oklahoma City team that was right on the cusp of becoming the best team in the world itself is now officially scrambling," Harper writes.

In his post announcing the move, Durant described the decision to leave the Oklahoma City Thunder as one his most challenging decisions ever.

Golden State applied a full-court press to land Durant. On Friday in the Hamptons, the Warriors sent owner Joe Lacob, general manager Bob Myers, coach of the year Steve Kerr, Curry and Thompson to meet with the 6-foot-9 superstar.

The 2014 MVP and four-time scoring champion led the Thunder to the NBA Finals in 2012, and to the Western Conference finals in four of the past six years - and he's only 27. He recovered from a broken bone in his right foot that cost him much of last season to post one of the best years of his career.

He should be a good fit in Golden State's varying lineups and gives All-Star Draymond Green another physical body and rebounding presence.

The Warriors topped the 1995-96 Chicago Bulls' mark and set the NBA regular-season wins record with 73 victories and led the league in scoring.

The Warriors have been one of the league's deepest teams, and look to be that way again.

Durant has been a difficult opponent for the Warriors __ he averaged 30 points per game against them in this year's Western Conference finals and dropped a career-high 54 points on them in 2014.

Adding Durant will give the Warriors another chance to chase a title after the bitter feeling that was this season - a record-setting year that ended without the team's biggest goal being reached. Durant has had to carry much of the scoring load for the Thunder over the years, but having Curry, Green and Thompson on the floor with him should open up space he hasn't had during his tenure in Oklahoma City.

But the Warriors will have to move players to make room for Durant.

They will have to make a decision on the future of restricted free agent Harrison Barnes. Center Andrew Bogut, meanwhile, removed all references to the Warriors from his Twitter page and is expected to be traded to clear room for Durant. His Twitter page now features a photo of the 7-footer in an Australia jersey.

Losing Durant to a top rival will sting for the Thunder.

"Kevin's contributions to our organization during his nine years were profound, on and off the court," Thunder Chairman Clayton I. Bennett said in a statement. "He helped the Thunder grow and succeed in immeasurable ways and impacted the community just the same.

"We thank him for his leadership, his play, and how he represented Oklahoma City and the entire state of Oklahoma."

Durant's full statement announcing his move is below:

This has been by far the most challenging few weeks in my professional life. I understood cognitively that I was facing a crossroads in my evolution as a player and as a man, and that it came with exceptionally difficult choices. What I didn't truly understand, however, was the range of emotions I would feel during this process.

The primary mandate I had for myself in making this decision was to have it based on the potential for my growth as a player -- as that has always steered me in the right direction. But I am also at a point in my life where it is of equal importance to find an opportunity that encourages my evolution as a man: moving out of my comfort zone to a new city and community which offers the greatest potential for my contribution and personal growth. With this in mind, I have decided that I am going to join the Golden State Warriors.

I'm from Washington, D.C. originally, but Oklahoma City truly raised me. It taught me so much about family as well as what it means to be a man. There are no words to express what the organization and the community mean to me, and what they will represent in my life and in my heart forever. The memories and friendships are something that go far beyond the game. Those invaluable relationships are what made this deliberation so challenging.

It really pains me to know that I will disappoint so many people with this choice, but I believe I am doing what I feel is the right thing at this point in my life and my playing career.

I will miss Oklahoma City, and the role I have had in building this remarkable team. I will forever cherish the relationships within the organization -- the friends and teammates that I went to war with on the court for nine years, and all the fans and people of the community. They have always had my back unconditionally, and I cannot be more grateful for what they have meant to my family and to me.