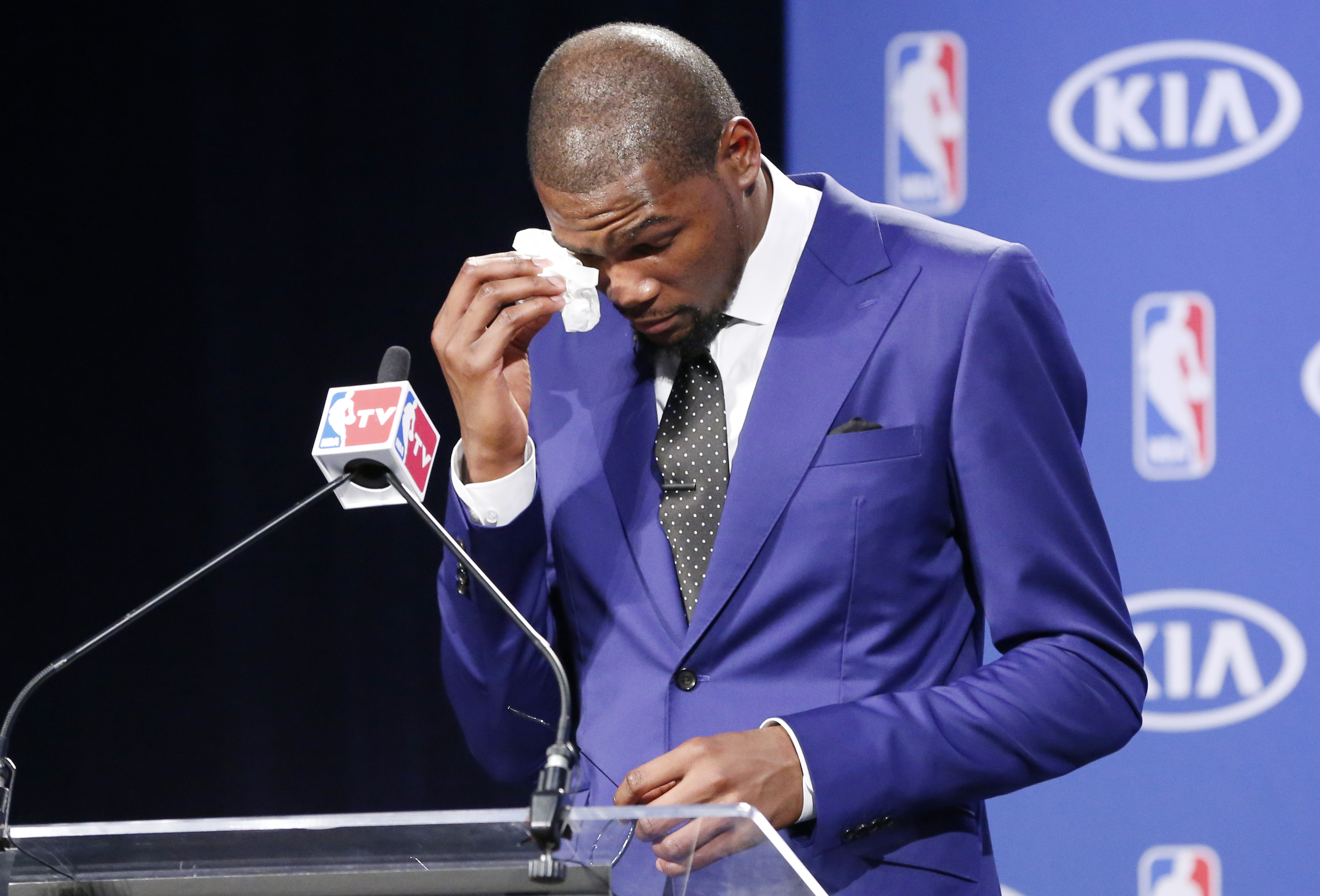 Four-time NBA scoring champ Kevin Durant finally won his first Most Valuable Player award - but in an emotional acceptance speech, the Oklahoma City Thunder star said that his mother was "the real MVP."

On Tuesday in Edmond, Oklahoma, Durant turned his victory speech into a tearful tribute to his mom, Wanda Pratt, for supporting and inspiring him despite tough times growing up in suburban Washington, D.C.

"One of the best memories I had is when we moved into our first apartment," he said to Pratt, who was also visibly emotional at the award ceremony. "No bed, no furniture, and we just all sat in the living room and hugged each other, 'cause that's when we all thought we made it."

Durant fought back tears as he praised Pratt, a single mother with two boys, for steering him and his brother in the right direction despite difficult circumstances.

"You made us believe," Durant said to his mother. "Kept us off the street. Put clothes on our backs, food on the table. When you didn't eat, you made sure we ate. You sacrificed for us. You're the real MVP."

Durant said winning the award was "surreal" and midway through his speech, the 25-year-old seemed to realize how emotional he was.