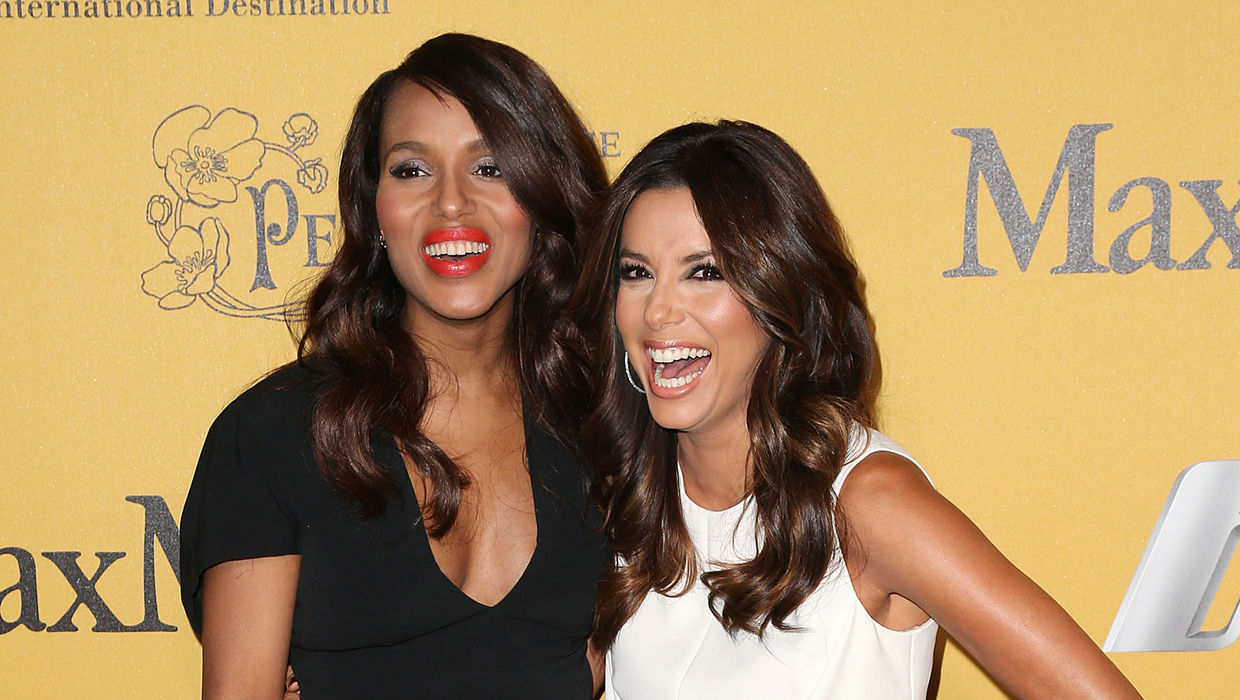 Kerry Washington stepped back into the spotlight for the first time since becoming a mom last month to accept an award from Women in Film.

The "Scandal" star, along with fellow actresses Cate Blanchett, Eva Longoria, Rose Byrne and "Frozen" writer-director Jennifer Lee were honored by the nonprofit group Wednesday for their career achievements.

Washington and Blanchett each said women must be willing to take risks and reveal imperfections to tell authentic stories about their experiences.

"When we step up for ourselves, we create opportunity, whether it's because we inspire other people or we employ other people," said Washington, who gave birth to a daughter in May. Past winner and "Scandal" creator Shonda Rhimes presented Washington with the Lucy Award, for developing dynamic and diverse female characters and giving women a chance to soar on both sides of the camera.

Blanchett, a two-time Oscar winner, received the Crystal Award, which recognizes those who've helped to expand women's role in entertainment. The honor was presented by "The Fault in Our Stars" actress Laura Dern.

Longoria accepted the Norma Zarky Humanitarian Award from actress-writer-director Lake Bell, who described her as "a truly huge-hearted, great lady in a very small, sexy and sassy package."

Longoria said she learned about compassion from her older sister, Lisa, who has special needs.

Byrne was recognized as the Max Mara Face of the Future. The 34-year-old star of "Neighbors" and "Bridesmaids" said she was humbled to be recognized, noting women's ongoing under-representation in Hollywood.

"Frozen" star Kristen Bell presented Lee with the Dorothy Arzner Directors Award. Lee wrote and co-directed the Oscar-winning musical that has become the fifth-highest grossing film of all time.

"Female characters," Lee said, "if done with authenticity... can get a whole world to come see them."

She thanked Walt Disney Animation chief John Lasseter for making her the first woman to direct a feature for the studio.