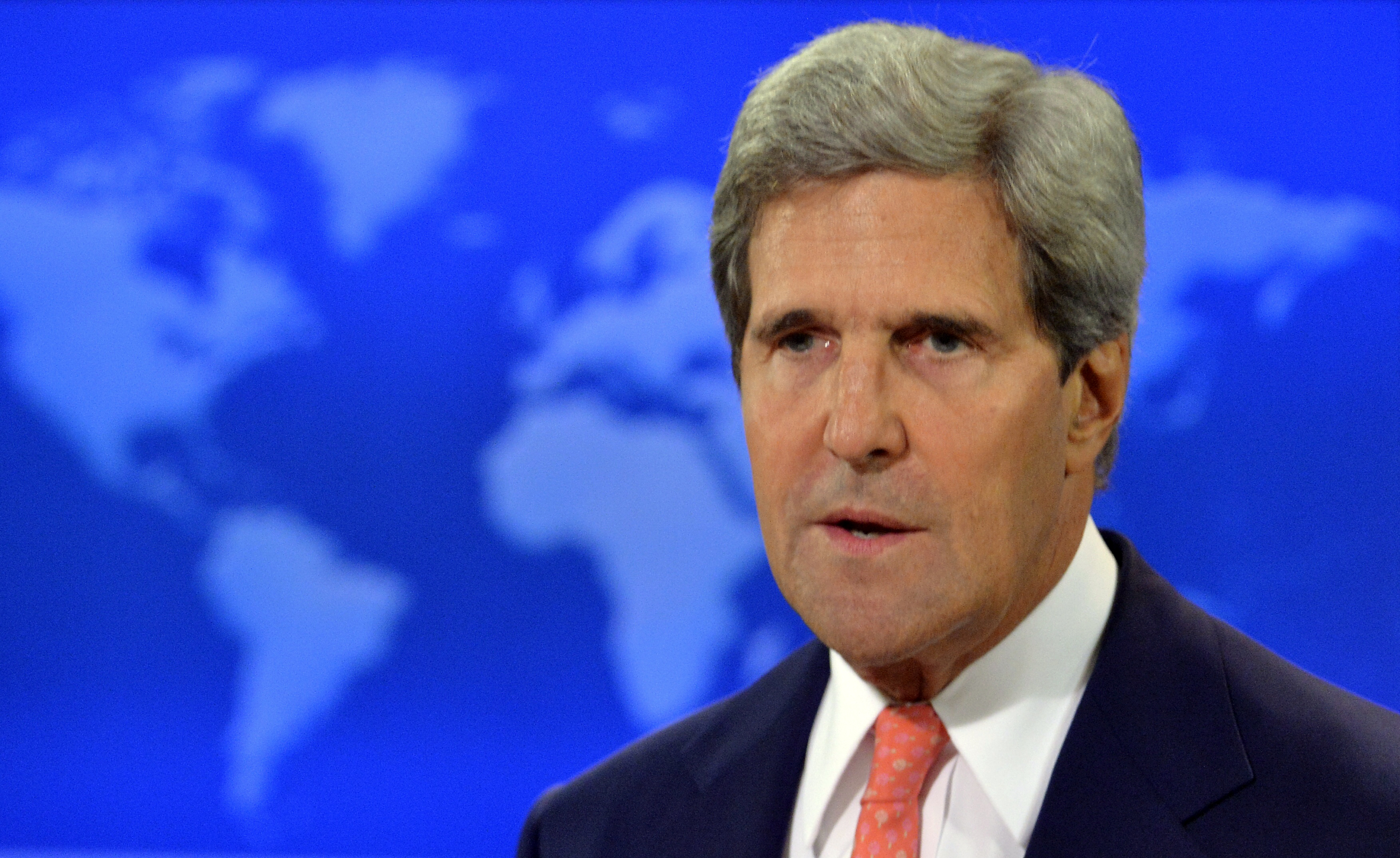 Secretary of State John Kerry on Monday condemned the use of chemical weapons against civilians in Syria, calling it a "moral obscenity" that could soon bring a military response.

"President Obama believes there must be accountability for those who would use the world's most heinous weapons against the world's most vulnerable people," Kerry said at the State Department, laying the foundation for U.S. involvement in the bloody Syrian civil war.

His comments come five days after the attack killed hundreds of civilians near Damascus. Both sides accused each other of carrying out the massacre, but a senior U.S. official said over the weekend that all signs point to the Syrian government.

"It is undeniable," that chemical weapons were used, Kerry said. "This is about the large scale, indiscriminate use of weapons that the civilized world long ago decided must never be used at all."

President Obama is mulling his options of how to respond. Sources tell CBS News that the Pentagon is preparing for possible cruise missile attacks on Syrian government forces that would target key military infrastructure. Sending U.S. troops to Syria is not on the table, sources say, and any intervention would include an international coalition likely comprising NATO allies.

The president has consulted with members of Congress and allies overseas about an upcoming military response, Kerry said. A State Department spokeswoman said Kerry was in touch with his European counterparts and diplomats from Jordan, Saudi Arabia and other Arab nations.

Pressure has been mounting in Washington and Europe after the latest massacre to take action against Assad's regime. More than 100,000 people have died in the conflict and there are now more than one million child refugees, according to recent United Nations estimates.

Inspectors from the U.N. have been in Syria for about a week in order to investigate earlier claims of chemical weapons use. Their convoy came under sniper fire Monday on the way to the scene of last week's massacre, but they were eventually able to reach the location, talk to doctors and collect samples from patients being treated in makeshift hospitals. The U.N. team is not going to assign blame for the alleged chemical weapons attacks, merely confirm whether or not there was one.

Mr. Obama warned Syrian President Bashar al-Assad last year against using chemical weapons - a "red line" that, if crossed, would prompt a swift and severe U.S. response. Syria used chemical weapons anyway in a smaller attack earlier this year, and the tepid White House response may have emboldened Assad to gamble further with his stockpiles of toxic gasses and nerve agents.

Earlier on Monday, a top Syrian official promised a strong defense against any attack and said foreign intervention would create more "chaos" and threaten worldwide security. Some fear U.S. intervention in Syria could lead to a proxy war against Iran, one of Assad's closest allies.

Lawmakers in Washington are split on whether the U.S. should get involved. Prominent figures from both sides of the aisle, including Sen. John McCain, R-Ariz., have called on Mr. Obama for months to take action. But plenty of others are skeptical that there is an upside to involvement.

The debate is more one-sided among the public. In all, 60 percent of Americans oppose U.S. involvement, according to a recent Reuters/Ipsos poll. Only 9 percent want intervention, but that increases to 25 percent if the Syrian government uses chemical weapons against civilians.