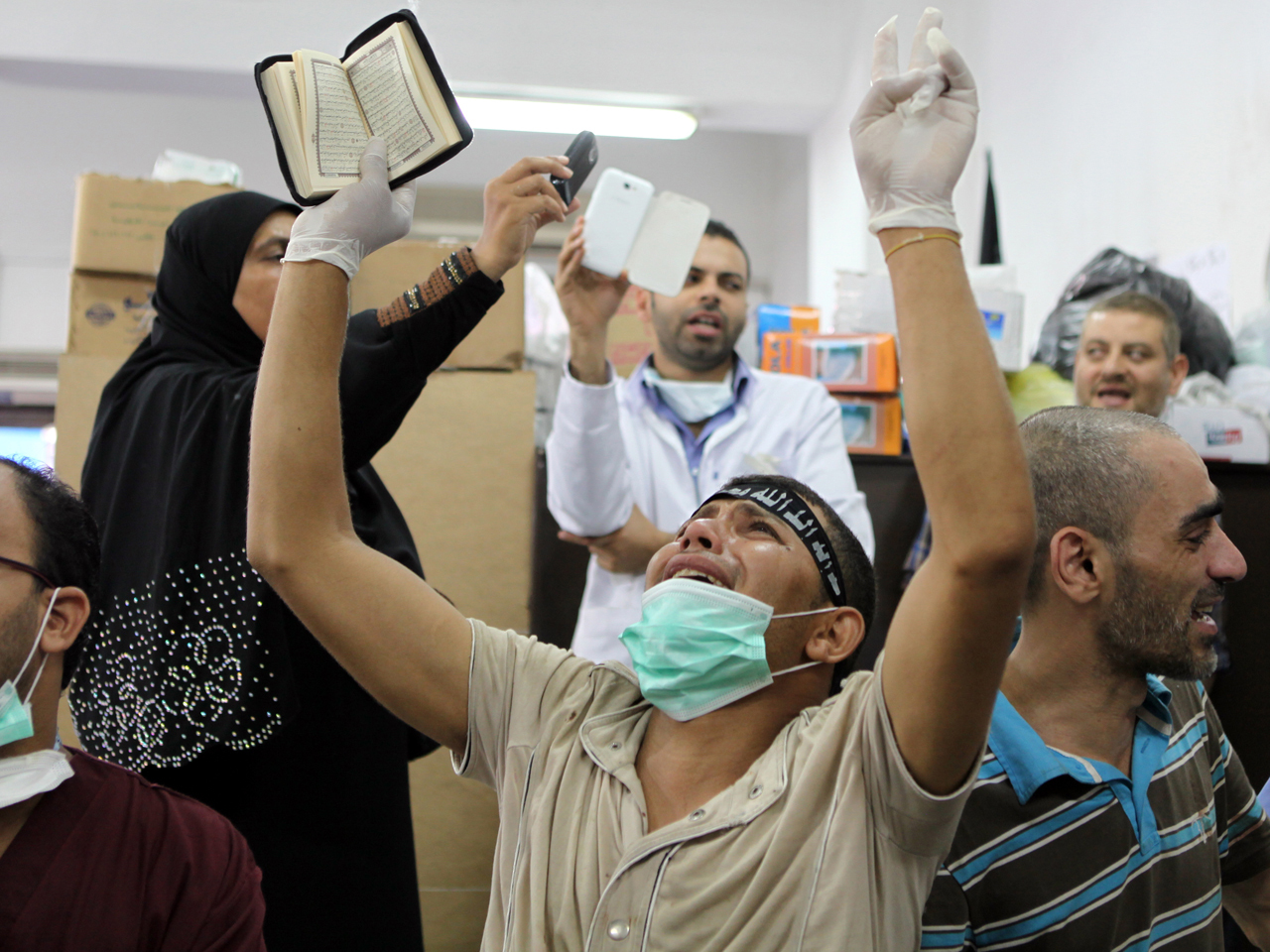 Secretary of State John Kerry urged Egypt's leaders to bring their country "back from the brink" after violence in Cairo early Saturday left scores dead and hundreds injured.

"This is a pivotal moment for Egypt," Kerry said in a statement. "Over two years ago, a revolution began. Its final verdict is not yet decided, but it will be forever impacted by what happens right now."

He called for an independent inquiry into the outburst of violence and urged Egypt's interim leaders to respect the rights of peaceful protesters. He also repeated his call for the interim government, which was installed after the military deposed former President Mohammed Morsi in early July, to hold new elections "as soon as possible"

Ward and her CBS News crew saw at least 39 dead bodies at a makeshift morgue at a mosque in Cairo where Morsi's supporters have gathered since he was ousted. At least 37 of those killed were Muslim Brotherhood supporters, Ward reports.

On Friday, State Department spokeswoman Jen Psaki announced that the U.S. would not suspend foreign aid to Egypt in the wake of the regime change, suggesting it would not be in our "national interest" to formally label Morsi's removal a coup. U.S. officials have suggested that Egypt is too crucial as a pillar of regional security - and too fragile in its current state - to risk suspending aid.