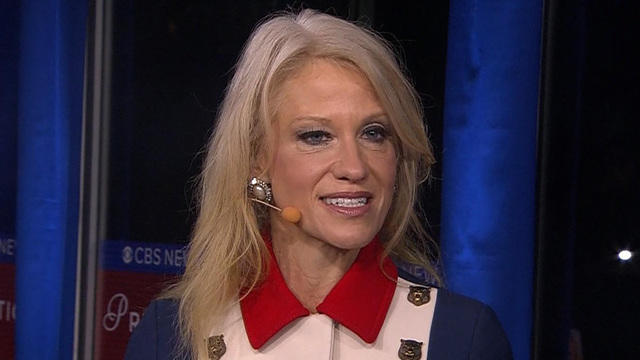 Kellyanne Conway, a top aide to Donald Trump, gave an inside look at the president-elect’s inaugural address early Friday, promising a “beautiful, elegant speech” personally written by the celebrity businessman.

“You’re going to hear a man of action, a man of resolve in what we all know to be a divided country,” Conway told “CBS This Morning.” She predicted he would “lay down an important marker to try to unify the country” and promised that he would reach out to those who didn’t support him.

Conway, who was recently appointed as counselor to the president, vowed an “uplifting, aspirational, visionary Donald Trump calling for us to take bold action very quickly.” The senior Trump aide said “a real sense of patriortism” and “America first in the best sense” would permeate the address as the same time as the speech “reaches out to the world.”

Commenting on Mr. Trump’s mood as his inauguration ceremony approaches, Conway called him “ebullient” and buoyant, with some humility and understanding of the “enormity and gravity” of his responsibilities as president.

Conway said the president-elect will “take a couple of executive actions” Friday, and then by Monday she predicted “you’ll see him rolling back some of the job killing regulations” that he considers to be “unconstitutional measures.”

When asked whether that would include environmental regulations, Conway said “possibly, yes.”