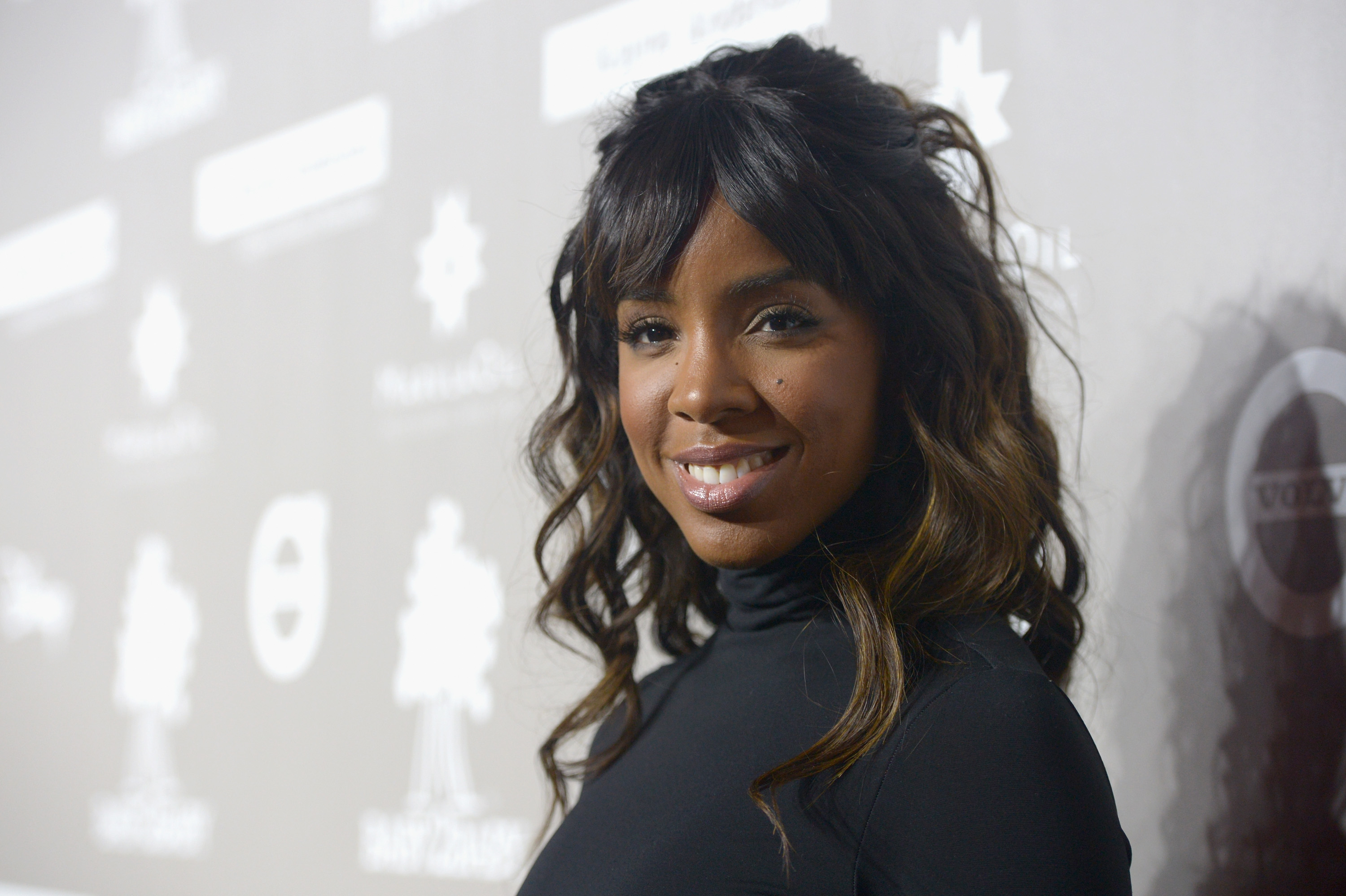 Kelly Rowland recently wrote "superwoman" on her mirror -- and kept it there for a couple of weeks, because these days she feels like she has to be a superwoman to keep up with everything she has going on.

The singer/actress has had a whirlwind of a year, marrying longtime love Tim Witherspoon in May 2014 and giving birth to her first child last fall. She has since landed a gig on Fox's hit show "Empire," inked a deal to shoot a TV series for BET and hit the studio to record a new song -- her first in two years. Now, she's gearing up for the holiday season -- and trying to get a head start on holiday shopping, too.

Read on to find out what Rowland has in store for this year and beyond:

On how she landed a role in "Empire": "I actually got a chance to see [series creator] Lee [Daniels] at Soul Cycle. We're sitting across from each other and the next thing I knew he was like, 'I know who you are! I know who are you!' I looked at him and said, 'What are you talking about?' And literally the next day the 'Empire' team called and the next week I was on a plane to Chicago to do the role of Leah, which has been amazing."

On her "Empire" character, Leah Walker, Lucious:"I play Lucious' mom [in flashbacks] who actually suffered from bipolar disease and the thing she and I have in common is that we just genuinely love our children. We want to be great mothers ... How deep her goes for Lucious just takes her breath away and just playing for this role for me was so much fun. I respected the show and Lee and the characters so much, I really just dove right in and stayed in the moment. I didn't want to record around that time, I just wanted to focus on the role."

On whether she'll appear in season 3: "It hasn't been approached yet. I love the project that he's working on and we did say we wanted to work together again. So we will see what happens!"

On her new song, "Dumb": "It's all about how women make men go dumb. I just think that we are just so smart -- it doesn't matter if you are young or old, I just feel like women are five steps ahead of men. It's very empowering. It's a fun song. I had very good time in the studio recording it. I'm actually about to shoot a video for it that's taken a lot of preparation. My fans hadn't heard new music from me in two years between the birth of my son and wanting to spend some quality time with mom. It took me away from music. I was still in the studio, but not as much as I'm used to because I'm still learning how to balance my time."

On a new full-length album: "I'm still working on it. 'Dumb' is just teaser. It's just the scratch on the surface for the rest of the record. It's a fun record and I just wanted to put out something fun for the fans and to let them know I'm still having a fun time and still having a great time in the studio."

On being a mom to Titan, born in November 2014: "I don't want to go too far away from him. I'm kind of addicted to my son. But I have to work. I need to be able to pay for him! So, I have to get to work. The past two weeks for me, I actually wrote on my mirror 'Superwoman.' And I said, 'He wouldn't put anything on you that you couldn't bear.' And my son came at the most beautiful time in my life and I just have to learn like every other mom how to balance because I'm still grasping that concept. It's a very hard concept. Nobody told me that!"

On her holiday plans: "I like to just focus on family. I like to be around the house. I like to cook. And now that Titan is older, he's going to be with his cousins. We're planning a whole bunch of little activities, holiday crafts and baking. I'm so excited. He's going to understand this year. Of course, last year he was almost a month old."

On her favorite holiday dishes: "Sweet potato pie. My husband's mom just sent me the full recipe for her dressing and it's the most amazing thing you have ever had. I actually need to go pick her up a lovely present just for making me dressing."

The 34-year-old star recently teamed with Plenti rewards (Hulu, Macy's, Rite Aid and Exxon) in time for its "35 Days of Plenti"holiday sweepstakes. The grand prize is a 2016 Ford Explorer.

On holiday shopping and teaming with Plenti: "I actually have started. The other day when I was at Macy's -- I got a gift card for my godkids, so they can go shopping for themselves before Christmas or maybe right after Christmas. I just like to get them done really, really early ... The good thing is that it earns me [Plenti] points, so when I'm going shopping for them, I get their parents something, too."

On her upcoming BET series, "Chasing Destiny": "It's almost like letting the viewer take this ride and this journey upon finding the group ... The only thing I really require from the girls is professionalism, which is the same thing the label required of myself and the ladies. I remember first starting out with Destiny's Child and that was a rigorous schedule -- basically sharpening our vocal skills and performance skills and interviewing skills. So we'll be taking you behind the scenes of what really goes into everything."

On advice for aspiring artists: "I would say to know your passion and purpose very clearly. I think a lot of people look at Instagram and they're like, 'I got this many followers, and I'm popping.' But that's not the case, you got to put work ethic behind it. You have to put professionalism behind it, technique behind it -- there are all kinds of things that go behind being great. It takes time and patience and knowing yourself and being secure within yourself, especially when you're in a group. Don't be selfie-absorbed."